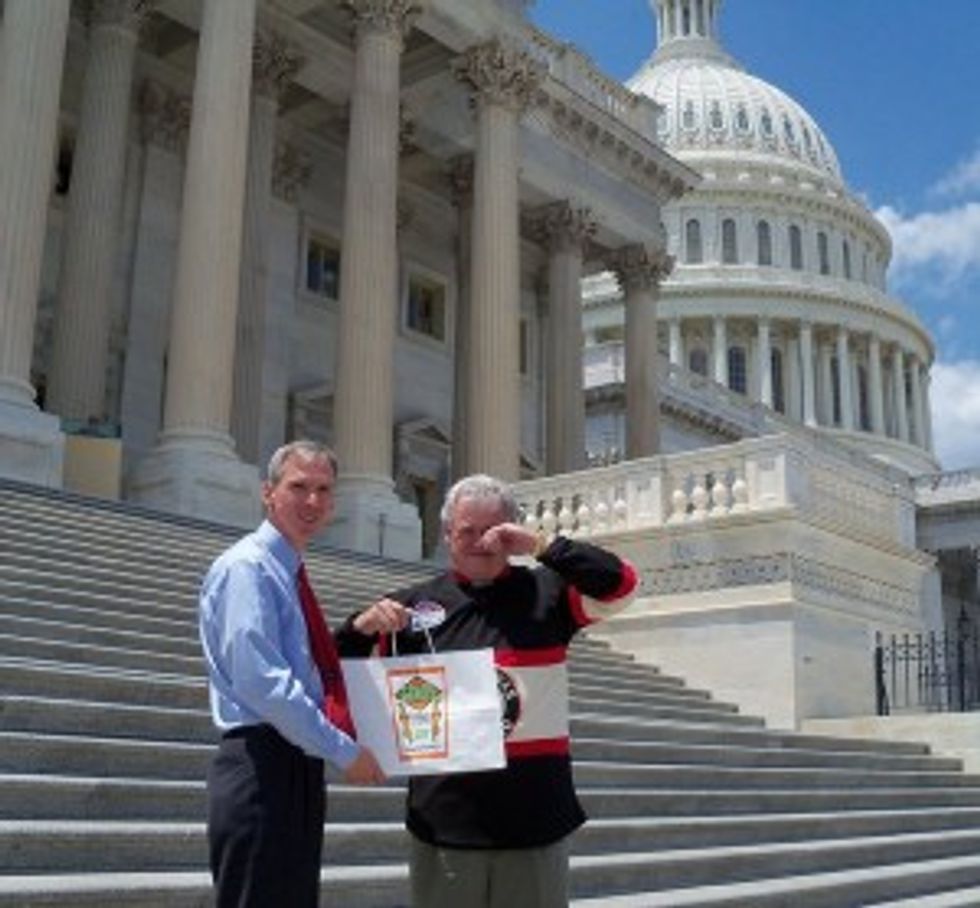 Now here's a "Twitpicture" for the history books: Congressman Dan Lipinski (D-Chicago Thugs), at left, receiving a bag of Philadelphia cheese steaks from serial sports bettor Rep. Robert Brady (D-Philly Brawlers), after the Blackhawks beat the Flyers to win the Stanley Cup the other night. The sandwiches were part of a bet that--because his team lost, per usual--also required Brady to wear a Blackhawks jersey, for cruelty and humiliation purposes. What is Brady doing with his nose?

Maybe he is flashing some sort of secret gang symbol? Or perhaps he's about to pinch his nose shut? Those sandwiches (if there are indeed sandwiches in that bag--maybe there's just a gift certificate in there?) must have been a bit worse for wear by the time this photo was taken, unless Brady had them imported to Washington via some fancy special way. He did have to hunt down a Blackhawks jersey--which he tweeted all about because Steny Hoyer probably forced him to, for the Democrats' sad new-media Olympics.

Lipinski doesn't have a Facebook or Twitter yet, because he's a weird DINO and loner. But if the Flyers had won, he would've had to wear their jersey and give Brady two Chicago-style pizzas plus a Blagojevich-approved "football" hairbrush.

Fun fact: Your writer lives in Blackhawks City but remains loyal to the Pittsburgh Penguins and therefore did not give a fuck about who won this year's sticky-pucky battle show. [TheHill.com]