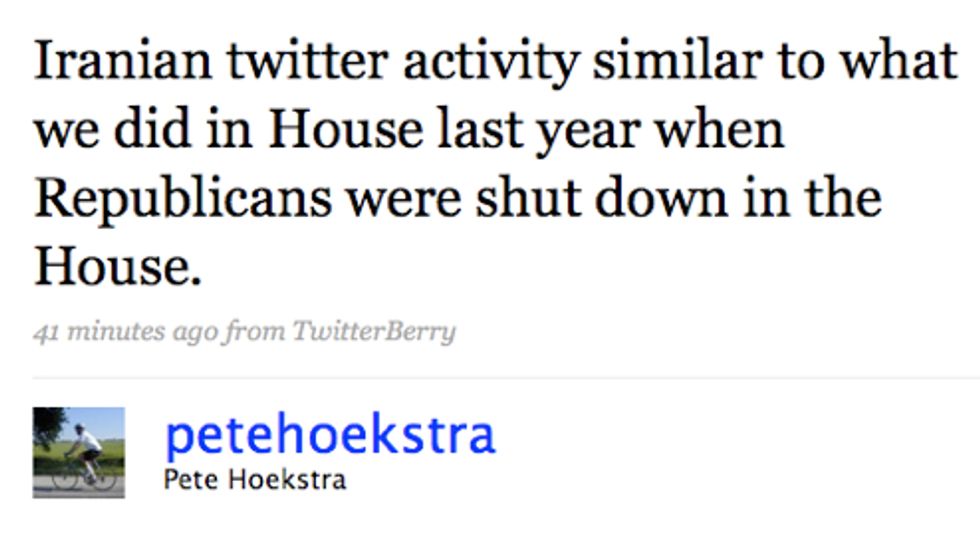 Republican Congressman Pete Hoekstra's hiding under his desk in the dark, smoky House chamber, chewing on some rocks. It's 2008. The boys are locked in, demanding their freedom, their birthright, to pass insane offshore drilling legislation during a Congressional vacation. Mean old Nancy Pelosi and a few other Democrat Socialists hover overhead in pods, firing mortars and dropping paint cans of napalm, everywhere, to suppress the revolt... but they must keep fighting, because Andrew Sullivan wants them to or whatever. [Twitter]