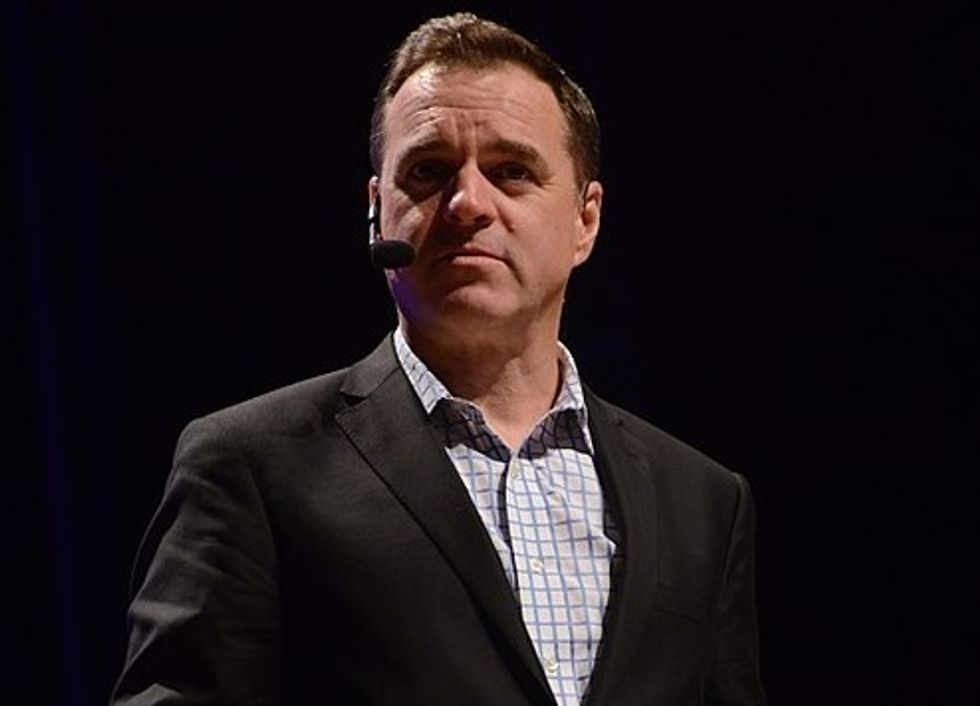 Say, is there anything just a little bit creepy about an actual professor -- a historian and noted advocate for "free speech" on college campuses -- having called for his rightwing pals to do some "opposition research" on a liberal undergraduate college student? As the Stanford Daily campus newspaper reported late last week, that's exactly what Niall Ferguson suggested earlier this year in emails to conservative student activists that appear to have been inadvertently forwarded to the wrong person.

Ferguson, who has argued that colonialism was a really good thing for everyone concerned and that conservatives are an endangered species in academe, is a senior fellow at the Hoover Institution, a conservative think-tank located at Stanford, and had been one of the faculty organizers of a lecture series called "Cardinal Conversations" that brought a diverse group of right-leaning speakers to the campus, including insufferable "IQ is so racial" writer Charles Murray and "Feminism is bad for ladies" thinker Christina Hoff Summers. In response to the predictable complaints about rightwing speakers being put forward as avatars of free speech, Ferguson casually suggested it would be awfully helpful if someone could find some dirt on a lefty student activist, one Michael Ocon, who apparently really ticked Ferguson off by trying to add progressive students to the committee that organized the lecture series. I

In a fairly melodramatic email to two Stanford Republicans sent the day after Murray's appearance on campus, Ferguson appears to refer to the Murray speech as a "famous victory" and says, "Now we turn to the more subtle game of grinding them down on the committee. The price of liberty is eternal vigilance." Then Ferguson added, "Some opposition research on Mr O. might also be worthwhile."

You know, just an academic fellow of a gigantic conservative think tank (with a $500 million endowment) casually suggesting a bit of ratfucking against the opposition -- the undergraduate opposition. One of the recipients, Ferguson's research assistant Max Minshull, wrote back that he'd "get on the opposition research" against Ocon. Another of the kids, John Rice-Cameron (son of Obama adviser Susan Rice -- how's that for late adolescent rebellion?) got his Fresh Young Ratfucker prose to work in another email: "Slowly, we will continue to crush the Left’s will to resist, as they will crack under pressure."

Somewhere, Roger Stone got a boner and didn't know why.

Once the emails were published, Ferguson wrote to the Stanford Daily, "I very much regret the publication of these emails. I also regret having written them," which seems to have the order of how sorry he is in a remarkably honest order. He also resigned from his position with Cardinal Conversations, although it should go without saying that he's still with the Hoover Institute.

In a tweet and in a column in the London Times, Ferguson said he was ready to get back to just doing academic work, wearing tweed underpants with elbow patches, and saying "harrumph" now and then, since he wasn't very good at ratfucking college politics or running dirty tricks campaigns against undergraduate kids:

I need to grow up and keep out of student politics, no question. But the context is important. Conservatism is on the brink of extinction in much of academia, especially in history. This isn't healthy. https://t.co/72AzwLCGAn pic.twitter.com/GhHJU9LPKH

But you see, it was all for a very good cause: There are hardly any conservatives left in academe, and so they really need all the help they can get, even if it requires bringing in rightwing trolls and gathering dirt on progressive students who might silence them. After all, if a $500 million rightwing think tank on the Stanford campus can't crush the Left, stronger actions are obviously needed, and he meant well, really he did.

Gosh, when he puts it that way, it's kind of obvious, really. Or maybe conservatives would be more respected in academe if the current attitude of most conservatives weren't relentlessly anti-intellectual or dedicated to promoting pseudoscience like creationism and denial of climate change? It's a puzzle -- if one were unscrupulous, one might even think Ferguson were calling for some kind of affirmative action protection for conservatives, who have, after all, had such a rough time of it.

And now it is your Open Thread, and we don't simply mean that in an academic sense.

Don’t take for granted that the institutions you love will always be there, like democracy, privacy, and Wonkette. Click to save at least one of them!