Conservatives Continue Rewriting History, Because They Are Dumb 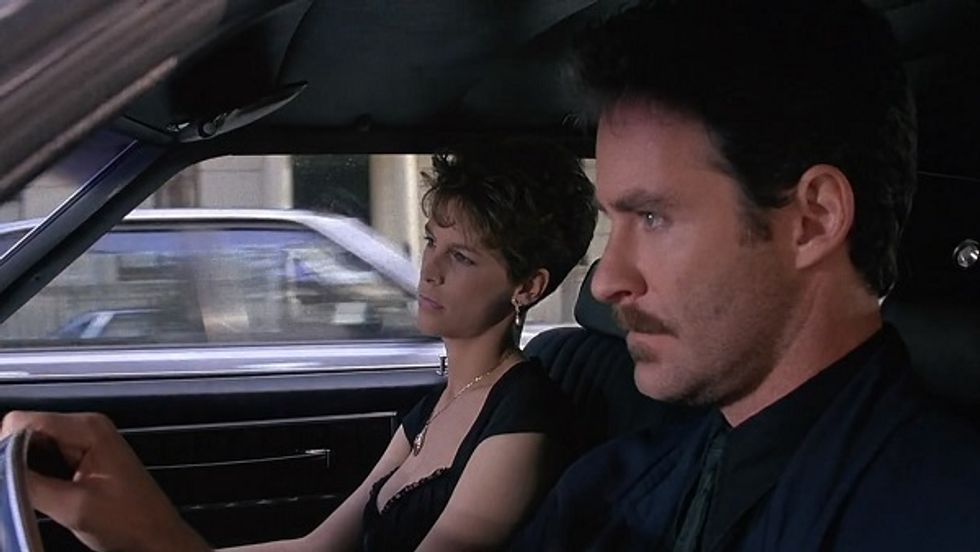 Oh conservatives, you and your wacky knowledge of American history. Where would we be without it? (We would be, collectively as a nation, much better-educated.) We always enjoy remembering, for example, that Thanksgiving celebrates the Pilgrims’ victory over the scourge of socialism, which everyone knows they practiced 200 years before the birth of Karl Marx. Thanks, Professor Limbaugh.

Let’s take a look at this past week in hilarious wingnut interpretations of history.

First up, our old favorite Katie Pavlich took to Twitter the other night to counter some dastardly PBS propaganda about the National Rifle Association and the history of gun control in America.

Ah yes, that old chestnut. No one actually “took away” Martin Luther King’s gun. The local police in Birmingham, Alabama denied him a concealed carry permit in 1956, when he applied for one after his house was firebombed. This was a time before MLK had more fully embraced the concept of nonviolent resistance and had what a visiting journalist described as “an arsenal” around his house.

The racist local cops, however, were not keen on allowing black people to walk around in public with guns for some reason that we can’t fathom. Were these cops Democrats? Possibly. More importantly, were they conservatives? Most assuredly. When it came to the issue of desegregation, the racist southern conservatives of the 1950s were the ones standing athwart history yelling “Stop!” That they were Democrats has no bearing on anything in 2014.

If we accomplish nothing else in this life, we are going to get Katie Pavlich to read a history book written by someone other than Cleon Skousen or Ron Paul’s social media manager. Or by herself, for that matter.

For what it’s worth, in the 1950s William F. Buckley and National Reviewagreed with those racist Southern Democrats regarding the segregation of the races. By all means try telling the crowd at CPAC that William F. Buckley was a racist Democrat and see how well that goes over.

Next up: Glenn Beck, answering a question on Quora and succeeding only in giving us yet more evidence that his brain is indeed broken.

Lordy no, Glenn, and Mormon Jesus is very disappointed with you. The 1957 Civil Rights Act only made it through Congress after some exceptionally heavy resistance from conservatives. Strom Thurmond set a record by filibustering the bill for 24 hours and 18 minutes. Yes, he was a Democrat at the time, but he was nobody’s idea of a liberal, then or ever. You’re not going to argue that Thurmond filibustered the bill because it didn’t go far enough in protecting voting rights for African-Americans, or that he later joined the GOP because he saw the error of his racist ways, are you? Because that would be the only way you could sound dumber.

The 1957 Civil Rights Act is notable not for anything it particularly achieved (in fact, conservatives heavily watered it down to get it to pass), but because it signaled a growing commitment by the federal government to intervene in the states on behalf of civil rights, over the cries of “states' rights!” from Southerners. Which ideology is it that generally makes a fetish object out of states' rights, Glenn? Hint: It’s not liberalism.

Here’s another hint: Actions like pushing for and signing the 1957 Civil Rights Act led some right-wing conservatives to seriously suggest that Dwight Eisenhower was a Communist dupe under the control of the Soviet Union. And if it hadn’t been that, it would have been his creation of the Interstate Highway System, the origin of which had you so mystified a few years back. Another hint: If today's conservatives had been in office then, the interstates never would have been built because putting government money into infrastructure projects is just not done anymore. And your brethren think Boehner's a RINO.

Let’s finish up this week’s tour of history according to wingnuts with Newt Gingrich. Wonkette boyfriend Charlie Pierce caught this bit of nonsense on Sunday’s Face the Nation when the fossilized pile of bones currently masquerading as Bob Schieffer asked Newton Leroy about the controversy surrounding Steve Scalise and his choice of speaking engagements.

There is no need for us to go into the Robert Byrd bullshit yet again. But Hugo Black? Yes, he was a Southern Democrat who joined the Klan for awhile because he thought it would help his budding political career. And in Alabama in the 1920s, he was probably right. He also later in his career admitted he had made a mistake, which is the same action for which we’re supposed to be giving Scalise a pass.

Also, Black was nominated for the Supreme Court in 1937, so your argument is with the Senate that confirmed him and the media that investigated the Klan allegations and the public that didn’t care then. First of all, KKK membership was probably pretty damn common among Southern politicians 80 years ago before the advances of civil rights in the mid-20th century rightfully made it a shameful blight on resumes. Second of all, was the media in 1937 unconscionably liberal? We’ll contact the spirit of William Randolph Hearst at our next séance and let you know.

And Gingrich, as our boyfriend Charlie Pierce points out, was once a history professor.

That was a fun tour of what wingnuts said about history, wasn’t it? And by fun, we mean enraging. Join us again next week, or whenever we can peel ourselves off the ceiling long enough to wade through this tire fire of hot takes again.