barack obama Dinesh D'Souza Obama Buzzfeed video pt If you're so silenced why can we still hear you? racism selfie stick take the boy out of the ghetto twitter wall street journal 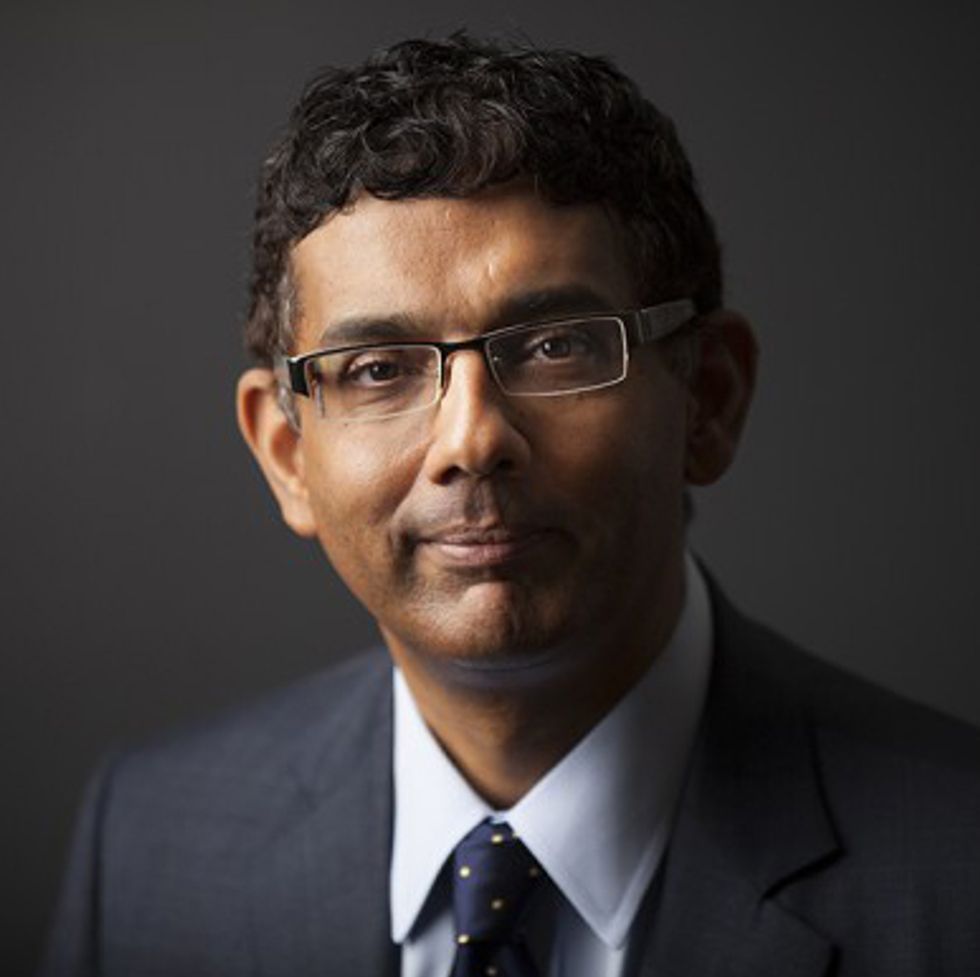 So there is this guy, Dinesh D'Souza, and he is a wingnut "writer" and "filmmaker" and philanderer and felon. And while he is sitting in his pretend prison halfway house for wayward wingnut felons -- instead of being locked up in actual prison, where he belongs, for making illegal contributions in violation of federal campaign finance laws, which he pleaded guilty to, yet somehow insists he did nothing wrong, HUH -- he is passing the time by tweeting really nuanced observations about President Obama.

According to the Wall Street Journal and the rest of the wingnut-o-sphere, Obama making a silly video and posing with a selfie stick is even worse than putting his feet on his desk in the Oval Office and is undignified and un-George Washington and blah blah blah, same old whining, BLACK MAN IN THE WHITE HOUSE. D'Souza, as a celebrated and distinguished member of the wingnut-o-sphere, with a lot of free time on his hands these days, had to get in on the OUTRAGE!, and now Obama's feelings are probably so hurt, he has to take a personal day so he can cry all the tears that some jerk in country club jail doesn't like him, boo hoo.

One might think to refer to a grown-ass black man as "boy" is pretty racist, and suggesting he just can't kick his vulgar ghetto ways is super fucking racist, but that's just some out-of-context overly sensitive PC police liberal interpretation, and besides, D'Souza didn't even mean it like that.

That makes all the difference, see, because D'Souza only meant "wow, look at this fucking black guy from the ghetto" (the hard streets of Honolulu, where Obama actually grew up) in a metaphorical way, not in an "I am literally a racist piece of shit scumbag felon" way. So no harm, no foul. But in case you're still offended, for absolutely no good reason because that's not even how he meant it:

Yeah, we get it. Really, we do. It's too bad those prosecutors were so unfair to D'Souza that he ended up in fake jail instead of real jail, where he can still go on teevee and the interweb to talk about how Barack Obama isn't even a real black man, and D'Souza is basically just like Martin Luther King, because of how President Ghetto Boy has silenced him from spouting un-truth to power by throwing his felonious ass in prison that is not even prison.

Sigh. If only that were really true.