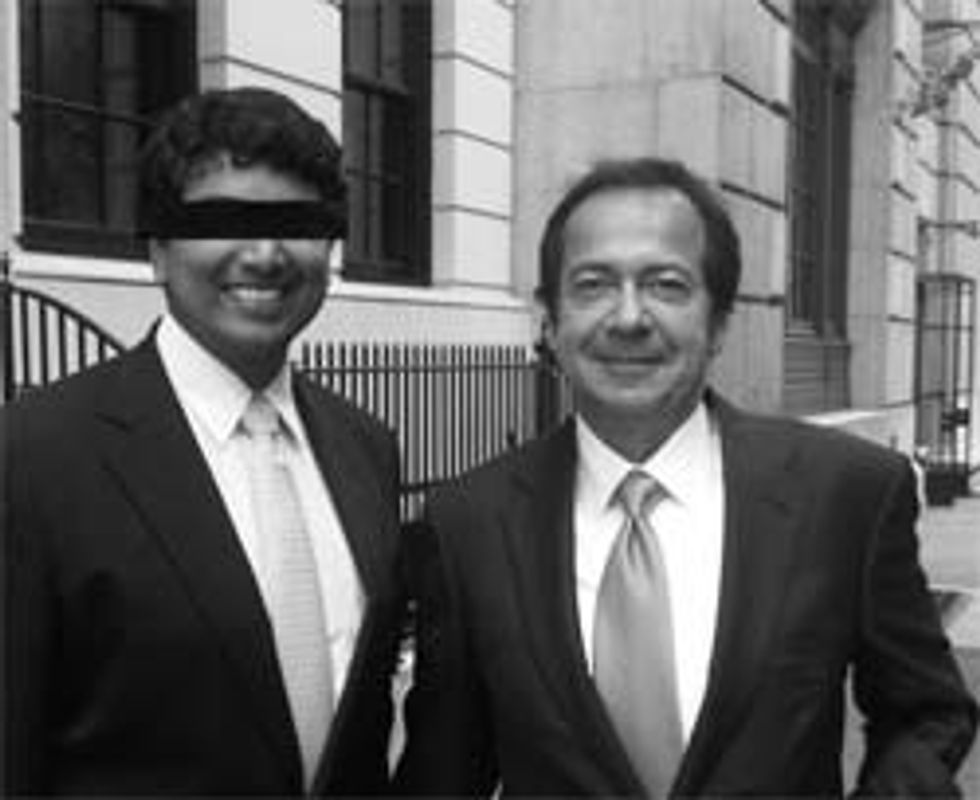 Good morning, New Yorkers! We hope that you are reading these words right now, because that means you have power and Internet access and probably are in your own home, which we sincerely hope is not soggy and gross! Last night was pretty bad for New York, but we know that not everyone can be out protecting the public or repairing downed power lines or carrying sick babies to safety, so many were at a loss as to how to conduct themselves in this treacherous hour. Some read, or dicked around on the Internet, or Instagrammed pictures of destruction, while others, including an extremely minor GOP NYC luminary who went by ComfortablySmug on Twitter, just stone cold spread a bunch of fake rumors about storm damage, for kicks.

Buzzfeed has collected all of the dumb Tweets on its Tumblr, because Buzzfeed itself was knocked offline by the storm last night, just as Your Wonkette was, briefly. (Insert half-baked joke here about "the cloud" and, like, actual storm clouds or whatever.) Among the fake news that ComfortablySmug spread last night was that the NYSE trading floor was flooded (it wasn't, although CNN believed it), that Con Edison was shutting down all power in Manhattan (which earned a Twitter rebuke from Con Edison), and that the MTA announced that the subway would be closed for a week (in fact, they haven't figured out how long it'll be closed yet.)

The ComfortablySmug Twitter account is anonymous, though it does prominently endorse Mitt Romney and include links a links to the Romney campaign's donate page and some some douchey financial analyst firm, obviously. Wonkette immortal Jack Stuef managed to link ComfortablySmug to actual human Shashank Tripathi, who naturally is some kind of low-level staffer or volunteer at a NYC Republican Victory Center, and was spotted holding a campaign sign in November 2010.

Why would Tripathi post plausible but false things about a major disaster in a city where he lives, in the middle of said disaster, when lots of people are reading Twitter and freaking out about it? Nobody knows! When Mitt Romney is earning so many Pinocchios for lying about Chrysler, at least we know it's because he wants to be president. Tripathi would seem to have no such concrete benefits to gain. Maybe it's because trolling people on Twitter is fun! Just ask Chris Christie, who took a break from disaster cleanup to undermine Mitt Romney's campaign by personally thanking Barack Obama this morning, fof lulz. [Buzzfeed]

UPDATE: Jack Stuef has all sorts of details about this fine person!