Cops: It's True, These Republican Congressmen Are GIANT PUSSIES 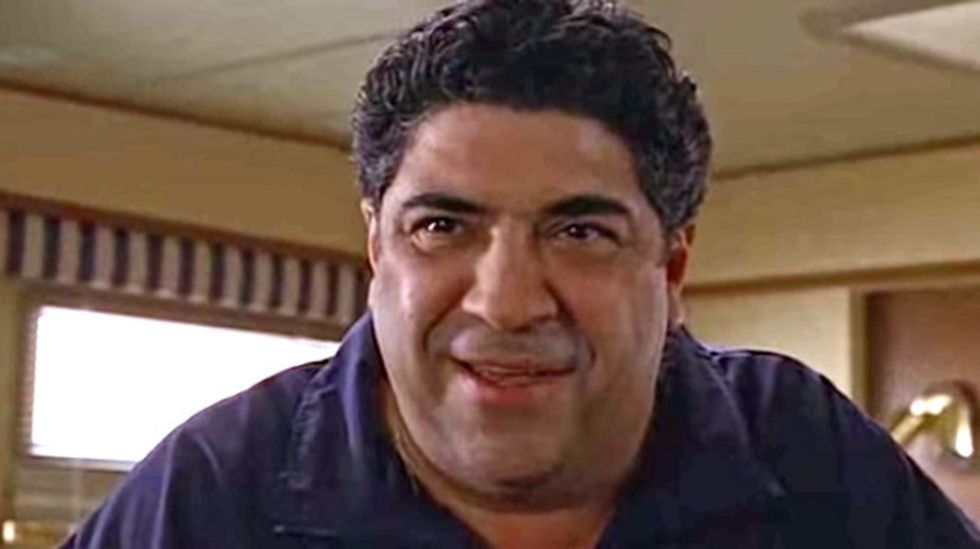 So many Republican Congressmen hiding out from their constituents, so little time! We already told you about California Republican Tom McClintock, and how he had to be escorted out of his town hall because he was scared of the middle-aged women chanting "shame." He described wild anarchists and "a well-organized element that came to disrupt."

The cops saw it a tiny bit differently:

Was it the biggest protest Hahn has seen in nearly six years as the Roseville chief? “Yes,” Hahn said. “But things went very well that day. They went as well as could be expected. ... The people gathered weren’t causing problems.”

Hey America, Your Republican 'Representatives' Are Literally Scared Of You. GOOD JOB!!

SHAME. SHAME ON ALL OF THEM.

Then there was our old drinking buddy (no, really!) Orange County "surfing congressman" Dana Rohrabacher, and how he was set upon by a wild band of ... old ladies with Valentines (no, really!) "violently attacking" him and his staff this week. Let's listen in.

[A]bout 100 constituents gathered on the street and sent a group of about a dozen to Republican Rohrabacher’s third floor office to deliver Valentine's Day cards asking the congressman to hold a town hall meeting. [...]

Finding the office doors locked, the activists shoved the cards under the door. The 2-year-old daughter of Megan Blash of Huntington Beach was adding a card when the door opened suddenly and the girl, who was bending over, was hit on the head. She began crying but was comforted by her mother and did not appear injured.

“She was just startled, mostly,” Blash said several hours later. [...] “I don’t think anybody from either side was trying to hurt anybody,” Blash said.

Do you see how Megan Blash and her cohort didn't immediately accuse Dana Rohrabacher and his staff of intentionally injuring the little girl? Just mentioning that as a sort of baseline of human not-lyingness.

At least one of the activists then began tugging at the door while the woman on the other side, district director Kathleen Staunton, tried to close it. A male activist then grabbed the door and forcefully pulled it open. That caused Staunton, who was pulling from the other side, to fall.

She was then helped to her feet and returned inside the office, while the door was closed and locked.

But Rohrabacher harshly condemned the activists.

“Deliberate or not, the incident came as part of a mob action that not only intimidates but coerces,” he said in a statement. “Though protesters think of themselves as idealists, they engaged in political thuggery, pure and simple.”

A large majority of those on hand were women, many of them senior citizens. They had planned to send people to Rohrabacher’s office in groups of 10 to avoid congesting the building’s hallways, although police asked all activists to leave after the tussle.

A reporter accompanying the group up to the office heard one activist tell others in the group to be quiet.

“Try to keep it down in the hallways – there are other businesses here,” she said.

After the incident, Aliso Viejo jeweler Patti Jo Kiraly, 56, said, “We’re all sorry that happened. That was very sad. We should all write apology letters.”

Yes, it's all very terrible, this mob of THUGGISH senior citizen ladies offering to write apology notes. By the power of Christ, Dana Rohrabacher CONDEMNS YOU!

And what do the coppers think of that, HENGH????

Officer Jennifer Marlatt of the Huntington Beach police department characterized the incident as an accident, and denied that she was transported to the hospital. [She later amended her statement to reflect that the woman was taken to the hospital by a friend and released.]

According to Marlatt, after the door swung open, hitting the 2-year-old “by accident,” protesters started yelling, “'You just hit a child.’ The staff member got scared and attempted to closed the door, but she was unable to as one of the other protesters was trying to keep it open so they could talk to her. As he pulled the door open, the staff member fell down.”

“The staff member who fell fainted while talking to police and paramedics were called. She declined to be transported,” Marlatt continued. “No injuries were reported and the woman who had the child left the location before police arrived and did not believe her child had been hurt.”

But this thuggish display of intimidation by these old ladies has one silver lining at least: It allows the Utah GOP to instruct its Congressional delegation not to hold any town halls forever, because of all the danger!

The Utah Republican Party issued a statement Thursday calling on Congressional leaders to delay town hall meetings, "due to acts of intimidation and violence."

According to a press release from the Utah GOP, the request is a result of the actions of a group called "Indivisible Utah". The press release included a list of actions they say the group has carried out, "in league with Obama's Organizing for Action and the Utah Democratic Party". That list is reproduced below:

• Surrounded a car at a recent Chaffetz event to prevent Congressman Chaffetz from leaving.

• Several people were arrested or detained for being disorderly at Chaffetz event. [Ed note: bullshit.]

• Posted Congresswoman Mia Love’s home address on Facebook to intimidate her (she has three young children). [Ed note: DON'T DO THAT.]

Nah dude. All that happened at the Chaffetz town hall was they booed him. A LOT.

ONE interesting thing did happen at the Chaffetz event, though, and if you guessed "masked armed protesters trying to incite OTHER people to riot while not rioting themselves," you MIGHT win a prize. (We're not giving you a prize.)

“There were several people who had come and exercised their constitutional rights to open carry, which is fine with us, we’re used to it—it’s something that happens here in Utah all of the time," Bartlett said.

However, two or three men with handguns also had bandannas covering their mouths and faces. Bartlett said when officers closed the door to the event due to the crowd reaching fire code limits, those individuals tried to incite the crowd to rush at police and gain entry.

"As the crowd started to grow and chant and it got a little louder, they were in the crowd kind of telling other people in the protest that they should rush the cops," Bartlett said.

Bartlett said none of the other people in the crowd followed this suggestion, and police were quickly made aware of the issue.

“People weren’t having it, for the most part everyone was very kind with us, a lot of people shook our hands," he said.

We would hate to sound like a common Alex Jones, and it is well-known liberal activists are just always going around with their right to open-carry while inciting others to commit violence, it is just a thing we do! But if you read that fun section and didn't think "James O'Keefe" or "agent provocateur," well, we're not sure why you're here on Wonkette.