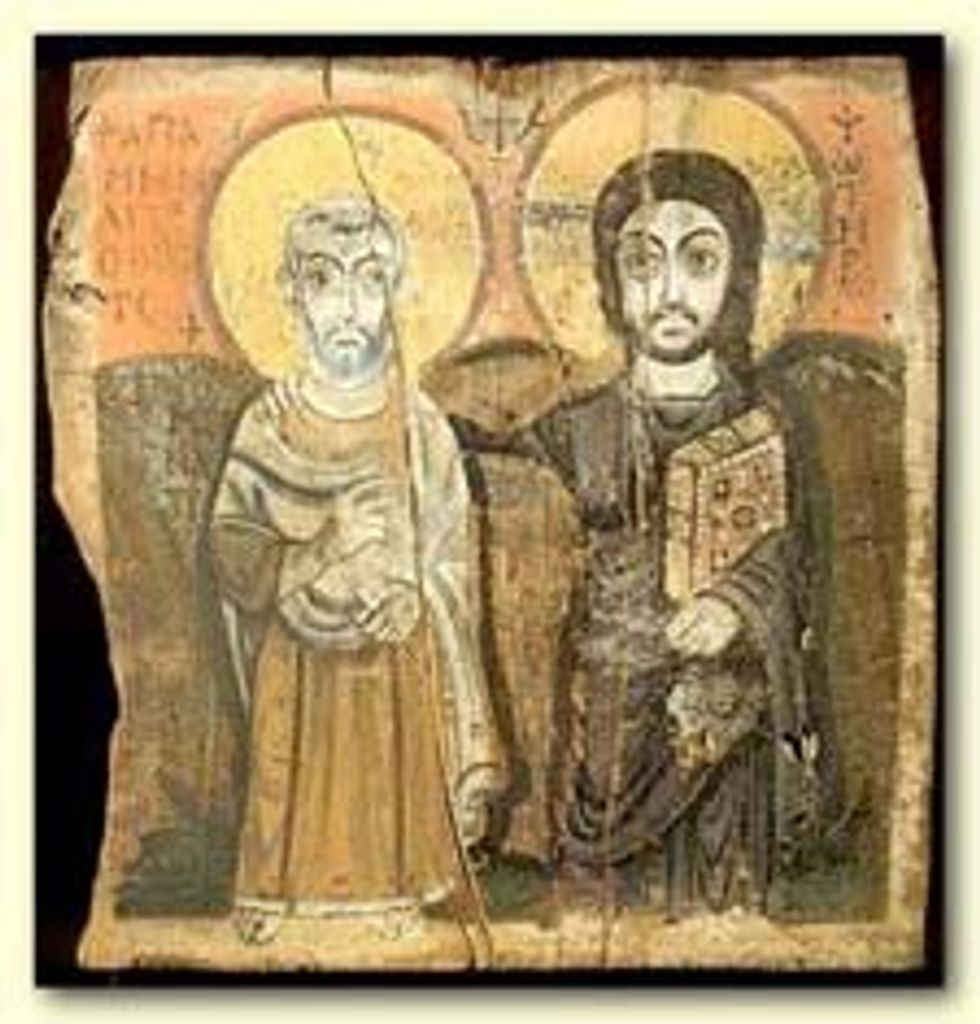 Do you know what this idiotic anti-Cordoba House crusade has done? It has poisoned the atmosphere at Ground Zero, one of America's most important places. Ground Zero is a giant open pit in the ground that has remained a sad hole surrounded by ugly temporary fencing for nearly a decade because of 21st century America's complete and utter inability to build or do anything at all complicated, which is why we all live in the crumbling ruins of the earlier civilization that spawned us. Normally the streetscape around this sacred construction site is hallowed by street vendors selling tacky Twin Towers trinkets and tourists with fanny packs, who only got there after asking a dozen New Yorkers "where 9/11 is," grinning like idiots for pictures. But now this sacred space has been invaded by people protesting the renovation of a Burlington Coat Factory two blocks away. Are these people spectacularly dumb? Find out after the jump! (SPOILER ALERT: They are.)

A gaggle of protesters has descended on the site to make their anti-mosque feelings known. Although the liberal media would have you think that such protesters would be exclusively white, the gaggle was actually quite diverse! Or at least it was to start with.

At one point, a portion of the crowd menacingly surrounded two Egyptian men who were speaking Arabic and were thought to be Muslims.

"Get out," others shouted.

In fact, the two men -- Joseph Nassralla and Karam El Masry -- were not Muslims at all. They turned out to be Egyptian Coptic Christians who work for a California-based Christian satellite TV station called "The Way." Both said they had come to protest the mosque.

"I'm a Christian," Nassralla shouted to the crowd, his eyes bulging and beads of sweat rolling down his face. But it was no use. The protesters had become so angry at what they thought were Muslims that New York City police officers had to rush in and pull Nassralla and El Masry to safety.

"I flew nine hours in an airplane to come here," a frustrated Nassralla said afterward.

Sorry, Mr. Nas-ralluh, but real American Christians don't cotton to the Monophysite heresy! Affirm the Council of Chalcedon or get the fuck out.

But don't think that the protestors only had negative things to say. They also had some constructive ideas!

"A Mosque at Ground Zero Spits on the Graves of 9/11," one placard proclaimed. Another sign depicted a toilet, with this message: "This is a Mosque. Do You Want it Built at Ground Zero?"

It's true! The area around Ground Zero has been sorely lacking in bathroom facilities. Once the protesters get that new restroom station built, you should go down there yourself to experience the glory and the pageantry and help restore a bit of calm to the neighborhood. If you need assistance, read the informative eHow article entitled "How to Visit Ground Zero in New York City." (“1. Find out exactly where Ground Zero is located.") [NorthJersey.com]

Thanks to Wonkette operative "byron mac" for the tip!

UPDATE: It has been brought to your editor's attention by your other editors that this story is actually from early June! Well, whatever, do you know that the Council of Chalcedon, which caused the ruptutre between Catholic and Eastern Orthodoxy on one side and the Oriental Orthodox communion (of which the Coptic Church is a part) on the other, happened in AD 451? On that timescale, this post is actually pretty timely.