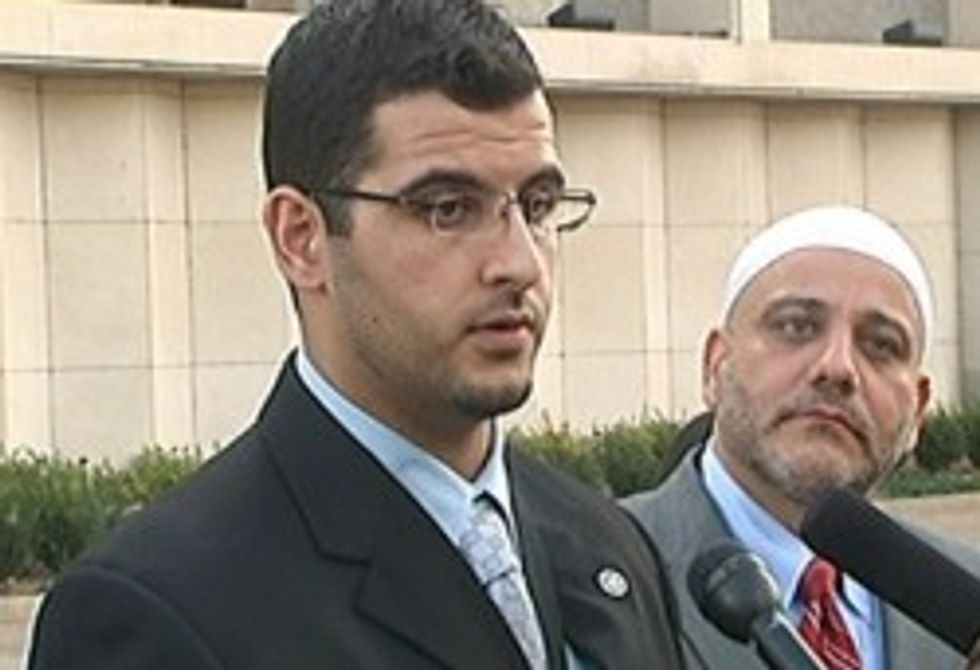 Oklahoma's 10th Circuit Court of Appeals struck down Oklahoma's proposed amendment to ban the use of Sharia law in the state Tuesday, helping to catapult this evil maneuver into oblivion. The court's ruling upheld a lower court's 2011 decision to block the amendment, which received 70 percent support when it was passed in a 2010 referendum. The amendment was essentially an Islamophobic attempt to define what it means to live in America. Muneer Awad, a community leader in Oklahoma, filed a suit in response to the amendment, saying that if passed, it "would affect every aspect of his life, including his will and testament."

A portion of the amendment read as follows:

Republican Representative Rex Duncan, the amendment's author, said it was intended as a "preemptive strike" against the use of Sharia law in the court system. Ah yes, a pre-emptive strike.

Today's ruling made this pretty brilliant statement about what the boredom of bigots hath, in this particular case, wrought:

Appellants do not identify any actual problem the challenged amendment seeks to solve. Indeed, they admitted at the preliminary injunction hearing that they did not know of even a single instance where an Oklahoma court had applied Sharia law or used the legal precepts of other nations or cultures, let alone that such applications or uses had resulted in concrete problems in Oklahoma...

Today's ruling also invoked the First Amendment, further strengthening the decision against the legislative fear-mongering happening in other states and by somehow influential people like this ass hat.[BBC News]