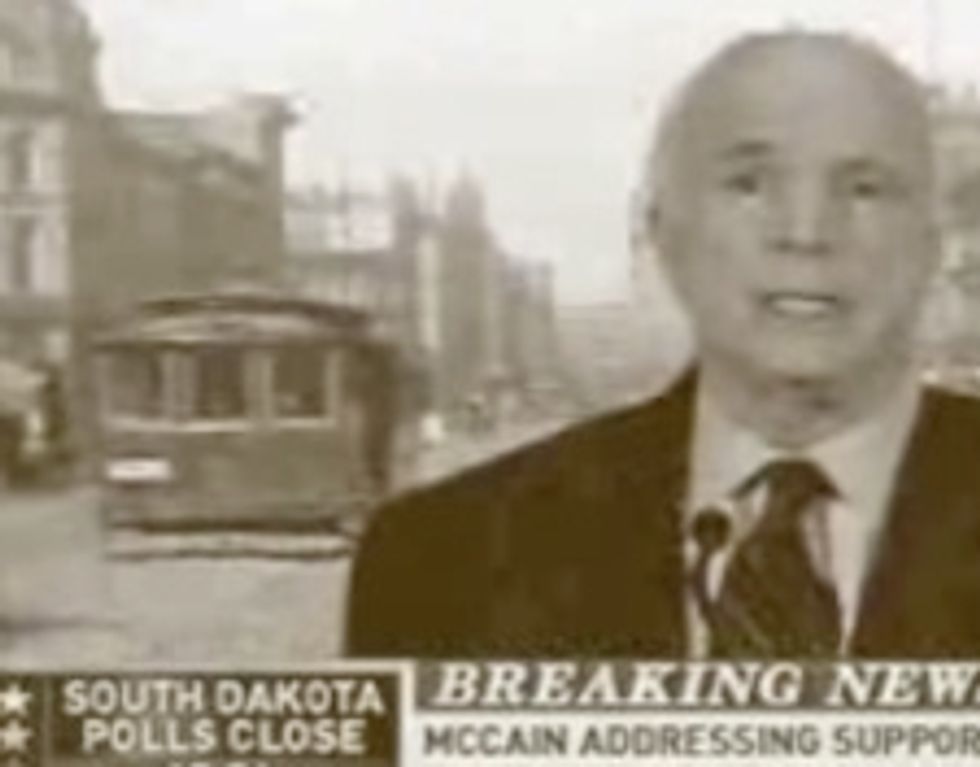 Nobody is too enthused about this whole McCain deal, and time is slowing to a crawl as the Voting Public and News Media realize they need to pretend to care about this until a week after Halloween, which seems like 10,000,000 years away, and may never happen anyway, because of the Nuclear War with Iran or whatever Cheney's working on, for an encore. But Juan McCain is out there all the time, presumably, doing things, campaigning to his constituency (in Mexico), etc. Let's check in, because there has been a Campaign Shake Up!!!