'Creeping Sharia' Leads to Arrest of Christians at Michigan Muslinfest 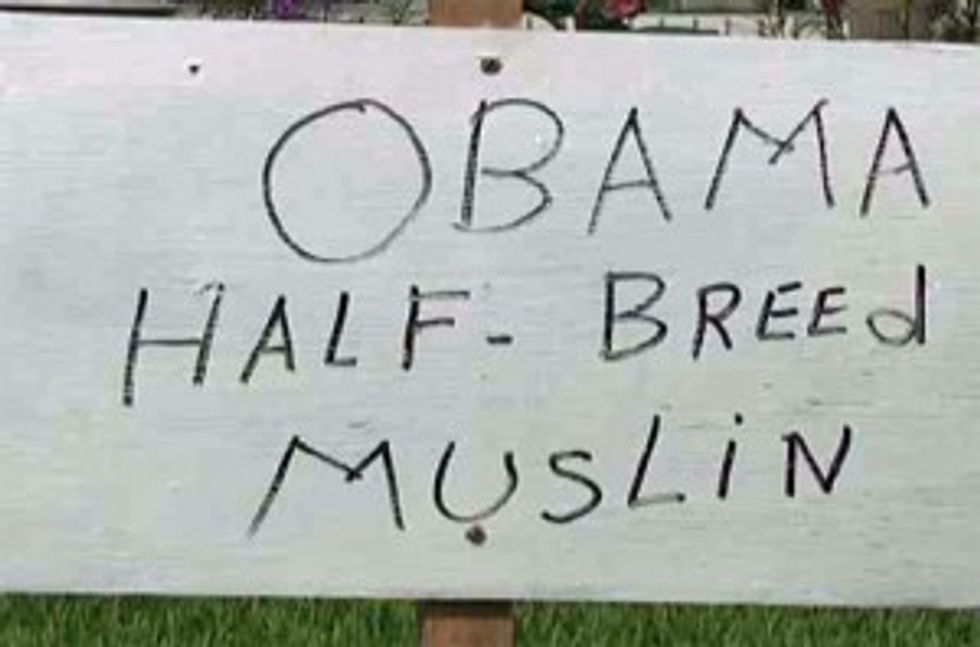 Policearrested four Christians for disorderly conduct the other day after they tried to distribute Gospel of John books outside the Dearborn Arab International Festival -- held in the heavily muslinized city of Dearborn, near Detroit. According to “John," who posted the arrest video on the Internet and also possibly wrote the gospel in question, “under Sharia law it is forbidden to proselytize to Muslims." OK maybe. But WHO CARES, the Constitution rules the land, right? Not in Dearborn, the city where it's "All Allah, all the time."

The Michigan Messenger reports that at least one Christian ministry was permitted to distribute Christian lit outside the Muslinfest, and that “[a]ll groups, whether religious or not, were restricted to handing out literature from tables near the entrance.” So how come the four arrestees -- including members of the group Acts 17 Apologetics -- got singled out for jail time?

On their "Islamoblog" Answering Muslims, they explain:

These guys (plus one gal) don't accept, they insist. And insisting leads to problems with law enforcement. Which necessitates video cameras (says so in the gospel):

We learned last year that Muslims won’t hesitate to lie about us in an effort to get rid of us. I would be horrified if Christians were so renowned for dishonesty that people were scared to walk among us without getting video footage. Can anyone seriously object to the cameras, given the fact that people have tried to get us into trouble through deception two years running?

“Many people seem to believe that concerns about creeping sharia are exaggerated or misplaced. This incident demonstrates, I think, the contrary,” says “John” about the video, on his Power Line blog and doomsday prediction info-center.

Lucky for the proselytizers, they have new lawyer-friends to help them avoid execution. Ann Arbor’s Thomas More Law Center, a “Jesus! Fetuses! Bombs!” public interest firm, will try to defend the Dearborn Four. “Apparently the Constitution carries little weight in Dearborn, where the Muslim population seems to dominate the political apparatus,” says Thomas More lawyer Richard Thompson, who knows things when he sees them.

And lucky for the rest of America, more and more people are fighting Sharia before the Sharias fight us and fatwa all our dogs. In Oklahoma, where they're always on the cutting edge of new paranoia trends, a state legislator is promoting the "Save Our State" amendment to make the courts stop basing all their decisions on sharia laws immediately. And you thought there was nothing in Oklahoma worth saving! [AnsweringMuslims.com/Power Line]