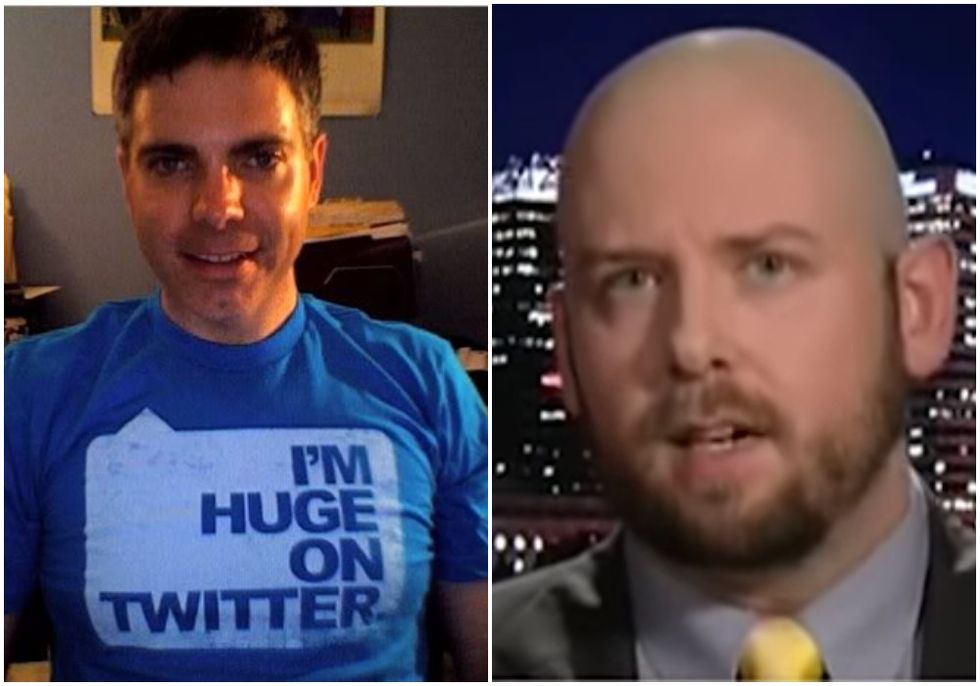 It's a time-honored tradition at Wonkette, when tragedy strikes, to immediately start searching the internet for fucked up things prominent wingnuts and Republicans have said about it. They always provide us with many lots of material! And we think it's an important thing to report, because it shines a light on those who seek to divide us in those times, whether it's a terrorist attack in Paris, a brutal mass shooting in Orlando, or Thursday night's police murders in Dallas.

But in every struggle for justice, there come tipping points where some people who are usually on the bad, bigoted, racist side of things can no longer pretend problems don't exist. There are, right this moment, two internet bloggy posts, both written by conservative white guys, at The Daily Caller (!) and at RedState (!!), which are truly thoughtful, contemplative, compassionate and honest about the violence that's happened across America this week. You should read them, and then you should send them to your Trump-supporting nana.

In the era of Facebook Live and smart phones, it’s hard to come to any conclusion other than the fact that police brutality toward African-Americans is a pervasive problem that has been going on for generations. Seriously, absent video proof, how many innocent African-Americans have been beaten or killed over the last hundred years by the police—with little or no media coverage or scrutiny?

[Wonkette refreshes page, verifies we are not having a stroke and are actually at Daily Kos or something. No, we are at The Daily CALLER.]

I was brought up to reflexively believe the police. To give them the benefit of the doubt. This was before everyone had a camera—and before my own personal experience would demonstrate to me that not all cops are heroes (though some certainly are). It was also before I became a dad and could appreciate the fear that many African-American parents have regarding their children’s interactions with police. [...]

This default assumption that the police officer was always right is, I’m sure, what a lot of well-meaning and decent middle class white people were raised to believe. Sure, there were incidents of police abuse, we were told, but those were very rare—and mostly happened in the Deep South. If you had to take someone’s word, you would always go with a police officer over the word of some random citizen (and, let’s be honest, for many Americans, this was especially true if that citizen was a minority). [...]

Decent Americans cannot turn a blind eye to police abuse; they just didn’t really believe that it was happening. Or maybe they didn’t want to believe. Today, there is literally no excuse to be ignorant of the problem. [...]

And if there’s any good to come from this horrible trend, it may be that the scales are coming off the eyes of a lot of well meaning, if naive, white Americans. My hope is that this will change public opinion to the point that we can change public policy.

Lewis concludes that, as a tiny first step we should all be able to agree on, police should be required to wear body cameras, so we can know FOR SURE what happened when we see the latest headline about a black man dying at the hands of a cop.

Ready to visit RedState? Leon H. Wolf, verified white dude, tells his story of growing up in the Texas panhandle, brought up to believe police "were there to help." He compares that to black folks growing up "in the 50s or 60s in one of the many areas where police were often the agents of -- let's call it what it was -- white oppression." (Yes, let's do call that what it is!) Let's hand the mic over:

[T]he proliferation of cell phone video recording has really confirmed (in [black folks'] minds) something they have long anecdotally believed or been taught - that police often interact with minority communities in different ways than they do with the white community.

And here's the most important part: when they do so, they never or almost never face punishment. [...]

The most important safety valve to prevent violence like we saw in Dallas last night is the belief that when officers do go off the rails, the legal system will punish them accordingly. If minority communities (and everyone else, for that matter) believed that, resort to reprisal killings would be either non existent or far less frequent.

But they don't, and there's good reason for that. And that is because a huge, overwhelming segment of America does not really give a damn what cops do in the course of maintaining order because they assume (probably correctly) that abuse at the hands of police will never happen to them. As long as the cops keep people away from my door, they have my blessing handling "the thugs" in whatever way they see fit.

I see the attitude all the time even in the comments to the stories I write here at RedState.

OH HOLY SHIT HE IS ABOUT TO THROW DOWN AT HIS OWN COMMENTERS, PUT ON YOUR SEATBELTS, LADIES AND GENTLEMEN.

Every time I post these stories, I get a flood of comments from people who look for even the smallest hook on which to hang an excuse for the cops. "Well, he was rude and confrontational to the cop." "Well, when the officer was trying to arrest him, he ran." "He was 'resisting arrest.'" (My personal favorite, which was used by several dozen people I talked to regarding Eric Garner, whose "resisting arrest" consisted entirely of turning his back to a cop and putting his hands in the air.)

Look, this is not how a free society works.

Please read both of those men's posts in their entirety, even though we block-quoted them heavily. And now, for your cherry on top (yes, there is a third conservative being not insane!), here is Charles C.W. Cooke, editor of National Review Online (!!!) with a thoughtful tweet:

But when white guys writing at conservative websites start to speak up ... well, boy howdy, a few of those readers might start to listen and examine their hearts and minds (for fleas and ticks, obviously, but also for ingrained prejudices and casual racism) and a few of them might even try to take some baby steps toward doing something about it.

And that's a story worth reporting.