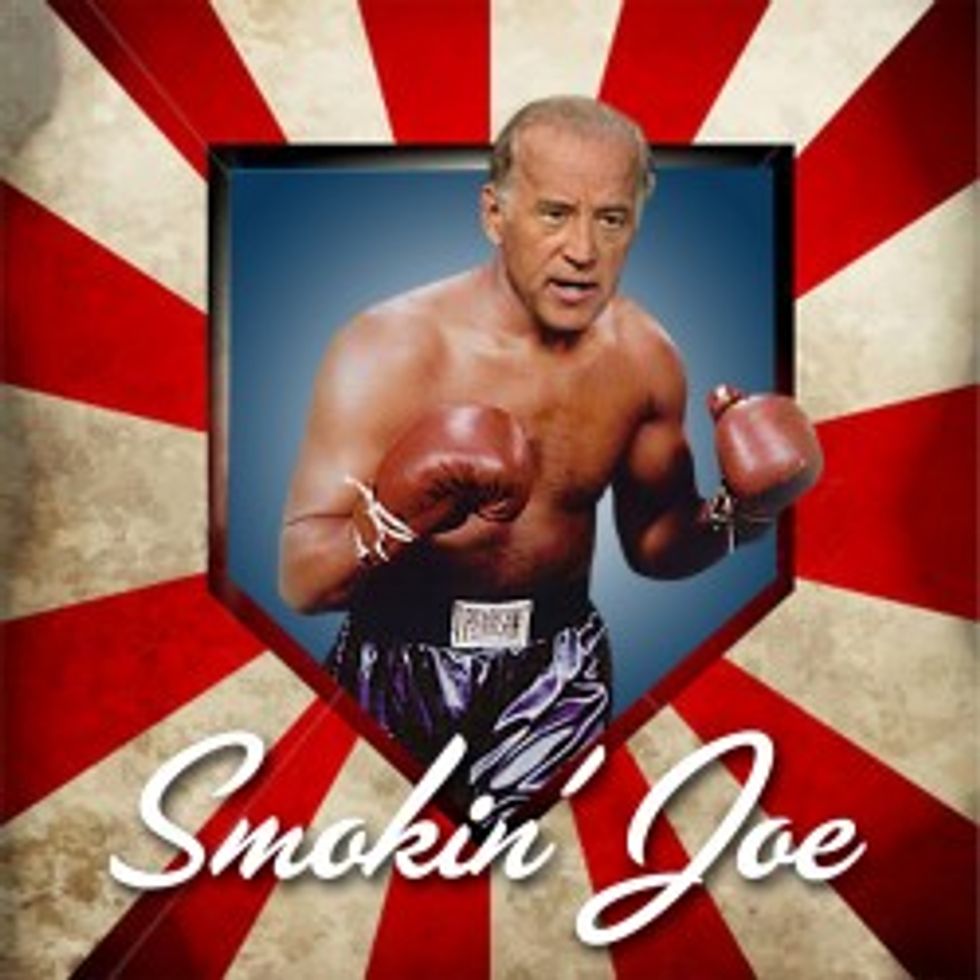 Well well well! It looks like Tucker Carlson's Daily Caller will be okay even in the face of star cub reporter Matthew Boyleleaving the DC's black-thug beat for Breitbart! In fact, they are so okay that this will probably be All Daily Caller Day, because fuck if they aren't a pile of good time crazy! Where shall we begin? How about with "Joe Biden Loves Child Rapists," since we already went and wrote the headline?

There he goes again.

Vice President Joe Biden, fresh from a re-election campaign that featured gaffes and goofs galore, made what might be the more cringe-inducing blunder of the year on Nov. 19, sending a congratulatory letter to a Republican state Senate candidate who withdrew from his race in October.

Worse, Delaware’s Eric Bodenweiser didn’t just have a change of heart: He was indicted on 113 felony counts related to accusations he raped a boy 39 times between 1987 and 1990 — beginning when the victim, now in his 30s, was 13 years old.

The only thing shocking about this story so far is that the Daily Caller didn't put a "D" after Eric Bodenweiser's name. But let's keep going?

The News Journal reproduced Biden’s cheerful letter to the accused pedophile in his home state.

“I encourage you to reflect on the extraordinary moment we’re living in … The President and I remain confident that with your help, America’s best days lie ahead,” Biden wrote.

After Bodenweiser withdrew his candidacy, citing “personal reasons,” former Georgetown, Del. Mayor Brian Pettyjohn launched a write-in campaign — which he won with 59.8 percent of the vote.