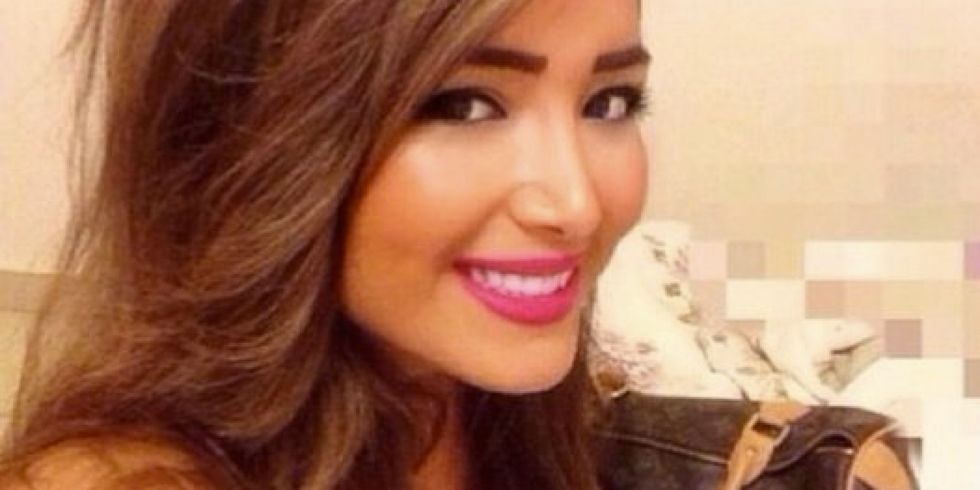 Check out this SUPER HILARIOUS FUNNY post on Daily Caller, filed in its "Entertainment" section, about how some of these war-torn Syrian refugee ladies are WAY boneable, amirite, Tucker Carlson? It looks like this:

Get it? They are "Syria-sly hot," because that is a pun, and the Daily Caller is known for being funny.

The post featured all kinds of Syrian ladies, from Instagram, but OMG WEIRD, the pictures are no longer available, maybe because the entire internet was offended that not only are American conservatives being god-dang-AWFUL about the prospect of Syrian people maybe needing to crash on our couch, so they don't get MURDERED BY ISIS, but now Daily Caller was saying, "Except these ones, with the tits. They can come here, INTO MAH PANTS."

Here's another one of the now deleted photos:

She is very pretty!

So, shall we WILDLY SPECULATE why the pictures are not there no more?

Those last two have literally nothing to do with why the Instagram user shut down their account (OR WAS BANNED). But we're going to irresponsibly suggest that all those things happened at the Daily Caller. It might have gone down that way, you don't know.