Dana Loesch And Ghost Andrew Breitbart's Wingnut Slap Fight: Which Terrible One Will You Root For? 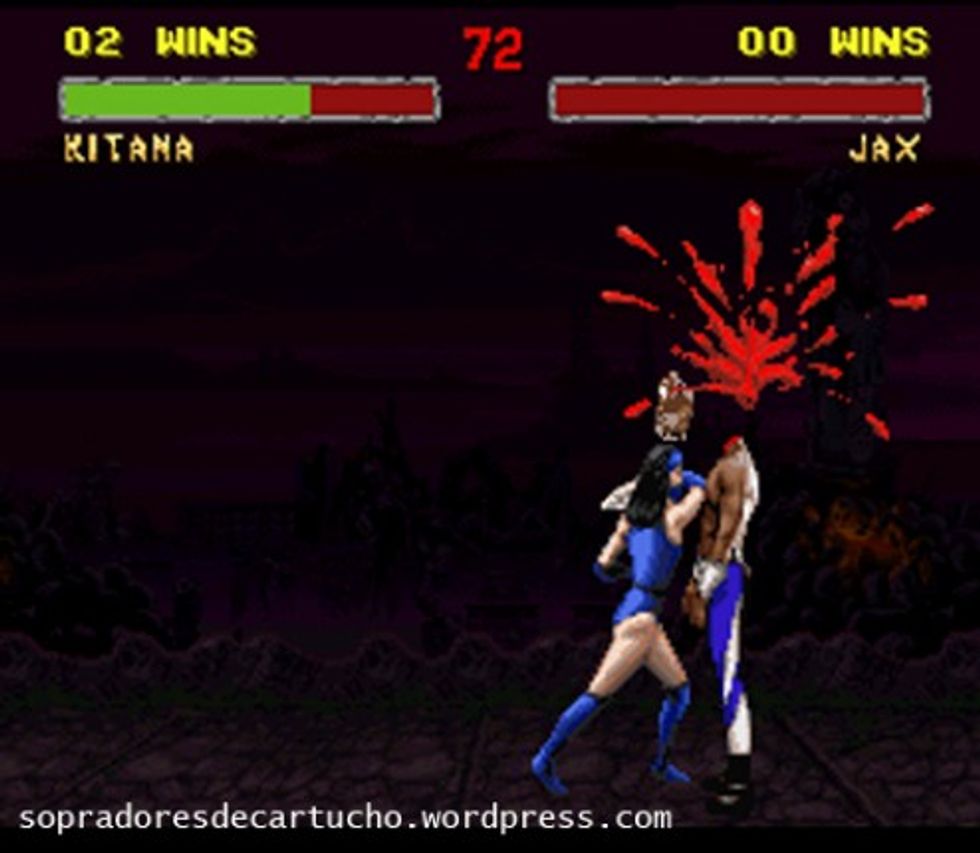 We have an embarrassment of riches this holiday season. First we had the gift ofMike Crapo, abstaining Mormon, going all Drunky McDrunkerson and getting arrested. Today, however, brings us an even greater joy: wingnut fightsies! So far this week is like the best advent calendar ever! So who is fighting? In this corner, wearing a perpetually aggrieved mask of petulance, golden shower fetishist DANA LOESCH. In the other corner, the man who needs no introduction, dead anger bear ANDREW BREITBART! Yes, Loesch has sued Breitbart.com's "media empire" because their once-proud liaison has now been torn asunder:

Conservative talk radio host and commentator Dana Loesch sued the owner of the conservative website Breitbart.com Friday, claiming that although her relationship with the news and opinion aggregating website had gone “tragically awry,” Breibart.cοm LLC refused to let her work for the company or anyone else, forcing her into “indentured servitude in limbo.”

WHITE SLAVERY IS REAL AND DEAD ANDREW BREITBART IS ITS MASTERMIND. Why is the ghost of anger bears past enslaving America's surliest sweetheart? Take it away, super long and florid and oh my god so many words Loesch complaint:

It was supposed to be a relationship of mutual trust, benefit, and success. Loesch had even agreed to render her name and her services as editor to Breitbart.com, LLC on an exclusive basis, much to the web company’s own benefit. However, the external success of Loesch and Breitbart.com masked the emerging internal difficulties the new company had with managing the media “empire”. For reasons that may just as easily be attributed to basic ideological conflicts, the working environment for Loesch became increasingly hostile. Conditions worsened so much that Loesch was forced to terminate her engagement with Breitbart.com, as was her right under the express terms of her contract with them.

Yep. That sounds exactly like slavery, rather than a routine business dispute!! If only slaves had lawyers! Sadly, prior to the enslavening, things sounded so so good! Could it be that it was all so simple then? Or has time rewritten every line?

There's no way in hell we're going to plow through all 8 pages of this self-drafted Love Song of Dana Loesch, but we will totally skim it for you! First, we get the explanation of how important the Tea Party is, which is TOTALLY RELEVANT to a contract dispute between two petulant children:

Loesch is and has been a nationally recognized conservative talk radio host, speaker for the Tea Party movement (an American political movement that advocates strict adherence to the United States Constitution), and written commentator on political and social issues.

Yes, please. United States District Court for the Eastern District of Missouri, please to take goddamn judicial notice (you see that? we are LAWYERIN' up in here at Wonkette) of the fact that the Tea Party is awesome in resolving this dispute. Second...ok, there's no second. The rest of the complaint is bog-standard whining: Breitbart.com is ruining Dana Loesch's dreams of stardom by holding her to her contract at Breitbart. com (which stops her from adding her amazing insights to the Daily Caller, which is apparently who she'd like to shack up with). But - horror of horrors: Breitbart.com is also, too, not publishing her amazing insights AT Breitbart.com, and this leaves Dana Loesch forsaken. America, how will you live without the thoughts of Dana Loesch? Join us now, in singing for Dana's freedom:

Way down in internet-land