Dana Loesch Speaks, Remarkably Does Not Shatter All Glass In Thousand-Mile Radius 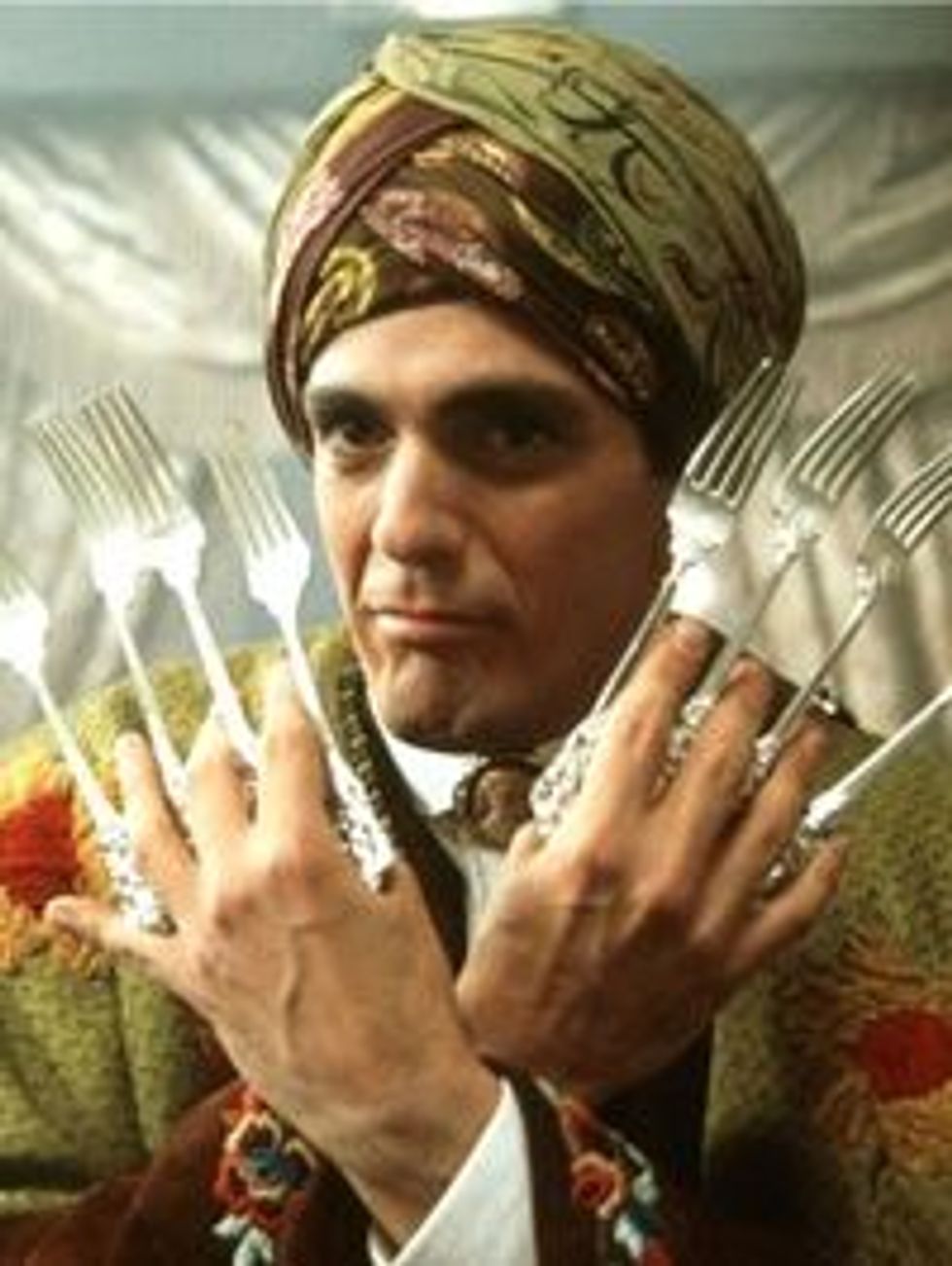 Sometime back in the early 1990s, CNN left its standards at one of Ted Turner’s sheep ranches and has never bothered to so much as send out a couple of interns to bring them back. We can think of no other reason why the network ever employed fetid compost pile Dana Loesch as a commentator and still allows her the occasional guest spot. Your Wonkette has a history of falling for self-absorbed and somewhat dimwitted women, and even we would not go anywhere near Dana Loesch, who projects a cloud of toxic dimwittedness so severe we imagine entire fields of grass withering as she walks across them. Loesch is so unlikable that even the tragic orphans at Dead Breitbart’s Embalming Fluid Emporium fell out with her, and those dipshits love anyone to the right of your average banana republiccommandante.

But there she was on Thursday, booked on Piers Morgan’s show to discuss gun control with, we shit you not, Grover Norquist and Van Jones. Why Van Jones keeps subjecting himself to debates with conservatives on CNN is a mystery that will perhaps one day be solved by a good psychiatrist or a swift kick to the nuts. Really, he can’t do better than this? And Grover “The Tax Man Cometh and His Right Early” Norquist is known for one thing, and that is the dogmatic enforcement of an anti-tax creed he thought up when he was twelve years old. He should not be given access to so much as a box of crayons, because he would eat them while complaining about stupid liberals who want to make him share his crayons with starving poor people. And yet there he was, in a broadcast studio, in front of a television camera, which someone had deliberately pointed in his direction in the hope of eliciting his opinion on issues affecting real live humans.

Not that Piers Morgan is any great soufflé in the baking dish of life. Which meant that his show on Thursday was a regular carnival of derp and argle bargle and us <headdesking> until our skull cracked open. And we did not even watch the whole thing, because life is too short.

Afterwards, Loesch took to the pages of her new home at RedState to write about the interview. Predictably, she started lying in the first sentence:

[M]y entire goal this evening was to get my friend Piers Morgan to admit the truth, which is that he’d prefer to see magazine capacity limited to zero.

Actually Morgan did not say that. What he said was that he would prefer to see gun deaths reduced to zero. Sounds like a nice aspiration! It does seem clear enough from the interview that he was being hyperbolic and knows full well zero gun deaths ever is a pipe dream. But Dana Loesch saw this as some awesome gotcha! moment that proves Piers Morgan wants to totally disarm all the good gun-loving patriots like herself. No really, this is her sneering, self-satisfied argument. As Loesch and her good buddy the Stupidest Man on the Internet like to say anytime one of them does anything more complicated then successfully pouring juice into a glass, it was Epic!

Adam Lanza had several and reportedly reloaded four times. He stopped his spree when other guys with equal magazine capacities arrived on the scene. The takeaway: he reloaded. It takes seconds to reload.

Loesch really hit on this point on CNN as well, as if it proves any fucking thing. Yes, Lanza had to reload. Had he only had ten rounds in each clip and had to pause to reload more often, might he have messed up? Might he have been in such a hurry that he jammed his AR-15 and had to clear it, giving some kids a few seconds to run for their lives, or some adult a chance to tackle him? Because despite Loesch’s certainty that anyone can change clips with the alacrity of Kate Beckinsale in an Underworld movie, it seems pretty clear that the more reloading one has to do, the better the chances of a kink developing in one's plan. But don’t take our word for it, you shrill Gorgon. Ask Jared Loughner, whose rampage in Tucson only ended when he dropped a full clip while reloading. A bystander grabbed it, giving other bystanders a chance to jump on the gunman and subdue him.

An interviewer who was actually interested in interviewing could have easily turned Loesch’s argument around and asked her, how many bullets in one magazine would be enough for you? Seven is too few? How about ten? Twelve? What is the lowest number of bullets the rest of America can load into magazines before Dana Loesch and her Neanderthal husband feel too inconvenienced by all the reloading they have to do during their monthly foreplay at the gun range?

Dana left some of the other particularly stupid parts of her argument out of the piece at RedState. Luckily the transcript of Piers Morgan's show is on the internet forever so we can quote her directly:

First and foremost, let's get something straight. Military-style assault weapons are not out on the street. We are talking about semiautomatic weapons, weapons that are capable of select fire or weapons that are (not) fully automatic…I'm not going to let this go anymore, Piers…There is a deliberate effort to conflate the types of firearms. I do not own a military- style assault weapon just because of what -- a firearm looks scary? Then you call it military assault? Do you realize that one of my children has a BB gun that looks like an AR-15? Is that going to be considered a military style assault weapon?

This is a pretty standard gun-nutter argument: that people want to ban guns for aesthetic reasons, namely that they look scary. So let us make it clear: the pro-gun control crowd wants to place limits on the types of guns available to the public because these guns make it a hell of a lot easier for a mass shooter to kill lots of people in a very short period of time (Jared Loughner needed all of 15 seconds to fire off his 33-round clip, hitting 18 people). No one is talking about banning any gun, particularly Dana Loesch’s son’s BB gun, because it looks scary. Hell, no one is talking about banning BB guns, period, because everyone knows the worst you can do with one of those things is shoot your eye out. We hope your one-eyed son can live a full life despite his lack of spatial and depth perception, Dana Loesch.

Stabbing people with spoons! WHY ARE OUR POLITICIANS NOT SHUTTING DOWN THE DEATH MERCHANTS AT WILLIAMS-SONOMA, HENGHHHH?

Tell you what, Dana. When the Blue Raja starts going on cutlery sprees, we’ll talk about your adorable little spoon analogy. Until then, shut the fuck up.

If we were debating gun control with any kind of intellectual rigor, we could ignore the remarkable jumble of stupidity emitting from Dana Loesch's mouth hole at a frequency usually only audible to bats. If this country prized intellectual rigor in debates about complex and important issues, Dana Loesch would just be one more dipshit college dropout suburbanite the neighbors stop inviting to barbecues because she always starts political arguments and gets offended when no one eats her crappy potato salad. Unfortunately, intellectual rigor and common fucking sense go right out the window where guns are concerned because people like Dana Loesch have not been confined to the sanitariums where they belong, but have instead been handed radio shows and television contracts.

Someone please tell that Siberian death asteroid to aim a little to the leftright next time.

Can't get enough of pithy insults aimed at stupid people? Follow Gary Legum on Twitter for more, and if you are not following Wonkette also too, what is wrong with you?