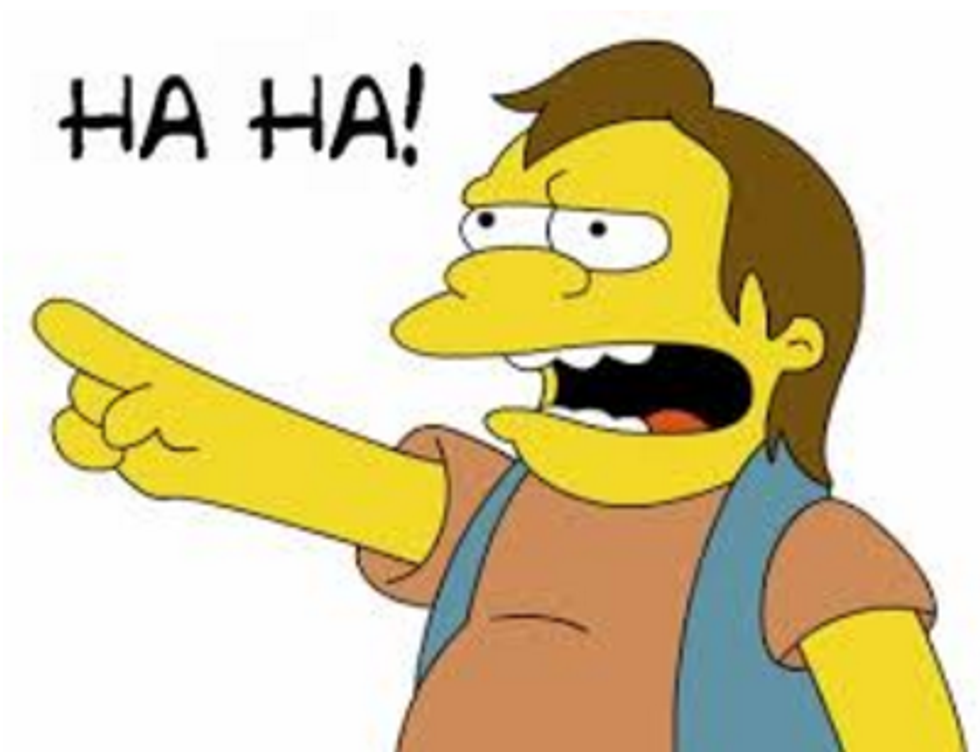 Gross bigot Dana Rohrabacher, the Republican US Representative from California's 48th congressional district, is in his closest reelection fight ever, so he decided maybe his rightwing base would like a nice big serving of red meat. Last week, he took a brave stand in favor of the sacred right of homeowners to refuse to sell their homes to gays and lesbians, and maybe in years past, that would have brought out the Jebus people in support of the freedom to discriminate. Funny, that didn't quite go so well for him!

“Every homeowner should be able to make a decision not to sell their home to someone (if) they don’t agree with their lifestyle,” Rohrabacher told an Orange County Association of Realtors delegation at a May 16 meeting in Washington, D.C., according to Wayne Woodyard, a former Orange County Realtor president who was at the event.

On Thursday, Rohrabacher confirmed the accuracy of the sentiment, and added that homeowners should have the right to “choose who they do business with.”

“We’ve drawn a line on racism, but I don’t think we should extend that line,” Rohrabacher said.

“A homeowner should not be required to be in business with someone they think is doing something that is immoral.”

Much brave! So freedom! Very backfire! Within a few days, the National Association of Realtors withdrew its recommendation that Realtors (gotta capitalize that or they'll show up to complain) contribute to Rohrabacher, potentially imperiling one of his most reliable crowd of donors.

“It was determined that Rep. Rohrabacher will no longer receive support from NAR’s President’s Circle,” an association statement said, referring to its list of recommended candidates. Rohrabacher’s stance, the 1.3-million-member trade group said, is contrary to NAR’s code of ethics, which bans discrimination on the basis of “sexual orientation or gender identity.”

“We certainly hope that Congress will … support the elimination of housing discrimination based on sexual orientation or gender identity.”

But don't they understand that stuff about freedom? Rohrabacher tried to spin the Realtors' move as knuckling under to perverts:

“It certainly can’t do me any good to have people take me off their endorsement list,” said Rohrabacher [...] “It’s sad to see (the association’s) priority is standing in solidarity with making sure a stamp of approval is put on somebody’s private lifestyle.”

Yeah, for some reason, Realtors are in favor of the rights of just any person to buy a home in which they might live as they please, even the ones Rohrabacher thinks are icky.

Rohrabacher will also lose the group's designation as a "Realtor Champion," and the big-donor pipeline that came with it. No more donations from the Realtors PAC, either.

It was a pretty nice job of self-sabotage, too, since Orange County Realtors had come to Rohrabacher in DC last week to ask him to support H.R. 1447, which would expand the Fair Housing Act of 1968 by adding gender identity and sexual orientation as classes protected from housing discrimination. You might think that would have given him some sense of what Realtors in his district thought about the matter. As it happens, former Orange County GOP chair Scott Baugh -- who used to back Rohrabacher -- is among the 15 candidates running against him in California's weird open primary, including a crowd of eight Democrats.

Rohrabacher insists he wasn't simply trying to whip up some culture-war fervor to energize rightwing support in a bid to out-conservative Baugh, heavens no! He just has very strong Christian principles when it comes to The Ghey, you see, and if that shores up support on the right, well so be it. In fact, he said he's even willing to "alienate a certain number of gays who think I’m anti-gay, which isn’t the case."

So brave! He went on to explain he just wants Jesus -- who never said anything about gays, or about Realtors, either -- to know He has a humble servant in Congress:

“[There] are some fundamentalist Christians who do not approve of their lifestyle. I support their rights.” He also said he believes the Realtor association’s stance is “way out of sync” with its own industry.

Rohrabacher distinguished race-based discrimination from choosing not to do business with someone because of their lifestyle or political beliefs.

Homeowners, for example, shouldn’t be allowed to deny a sale to an interracial couple, he said.

Rohrabacher is so dedicated to the extension of freedom into real estate transactions, in fact, that he insisted Republicans and Democrats should feel free to refuse to sell property to each other, and people who object to legal weed should "absolutely" be free to refuse to sell him a home, since he uses a marijuana-based cream for his arthritis.

We find his ideas intriguing and would like to subscribe to his newsletter. Perhaps he could be at the forefront of a whole new industry in which buyers and sellers demand detailed lifestyle checklists before any transfer of property, to ensure their vacated homes will never be polluted by a copy of the New York Times, or vegan baby buttholes.

Yr Wonkette is supported by reader donations. Please click here to send us money. We won't even demand ideological purity!