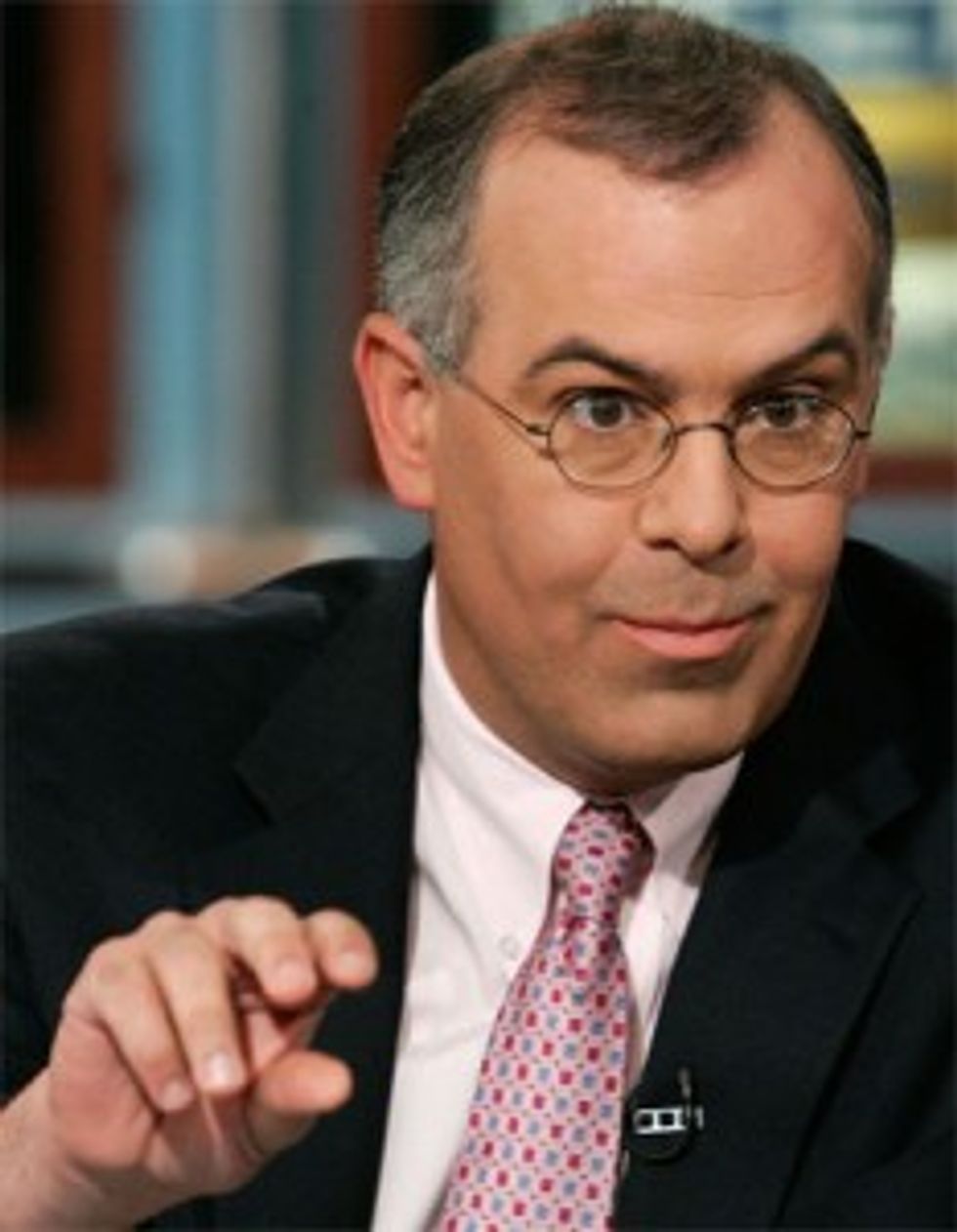 If you LOVED David Brooks’ last column, wherein he blamed massive income inequality on slutty poors who do not read “Goodnight Moon” to their ugly, lazy, and disrespectful children (no rly), you’ll REALLY LOVE his latest column! In THIS column, he  concludes that elites (like him) are rich (again, like him) because they just deserve it, and they’re only corrupt because they are blind to the glory of their brilliance and as such, are unable to appreciate the gravity of their decisionmaking. If only they would just act like their racist, sexist, anti-Semitic predecessors (no rly!) everything will be FINE, the END.

Via the New York Times:

Christopher Hayes of MSNBC and The Nation believes that [income inequality] is inherent in the nature of meritocracies. In his book, “Twilight of the Elites,” he argues that meritocratic elites may rise on the basis of grades, effort and merit, but, to preserve their status, they become corrupt. They create wildly unequal societies, and then they rig things so that few can climb the ladders behind them. Meritocracy leads to oligarchy...

It’s a challenging argument but wrong. I’d say today’s meritocratic elites achieve and preserve their status not mainly by being corrupt but mainly by being ambitious and disciplined. They raise their kids in organized families. They spend enormous amounts of money and time on enrichment. They work much longer hours than people down the income scale, driving their kids to piano lessons and then taking part in conference calls from the waiting room.

The corruption that has now crept into the world of finance and the other professions is not endemic to meritocracy but to the specific culture of our meritocracy. The problem is that today’s meritocratic elites cannot admit to themselves that they are elites.

(Note: David Brooks does not suffer from this particular ailment.)

As a result, today’s elite lacks the self-conscious leadership ethos that the racist, sexist and anti-Semitic old boys’ network did possess. If you went to Groton a century ago, you knew you were privileged. You were taught how morally precarious privilege was and how much responsibility it entailed. You were housed in a spartan 6-foot-by-9-foot cubicle to prepare you for the rigors of leadership. […]

Today’s elite is more talented and open but lacks a self-conscious leadership code. …If you read the e-mails from the Libor scandal you get the same sensation you get from reading the e-mails in so many recent scandals: these people are brats; they have no sense that they are guardians for an institution the world depends on; they have no consciousness of their larger social role.

To be fair, if I churned out this kind of drivel a few times a week and had a four million dollar house to show for it, I’d probably want to keep the existing social order as well. So maybe David Brooks isn’t QUITE as stupid as his columns indicate. But yeah, totally. No need to regulate these elites; just TELL them how important they are, and how many Poors are affected by their decisions, and surely they’ll start acting with the magnanimity of their racist, sexist, anti-Semitic predecessors—now THEY had a moral code, amiright?