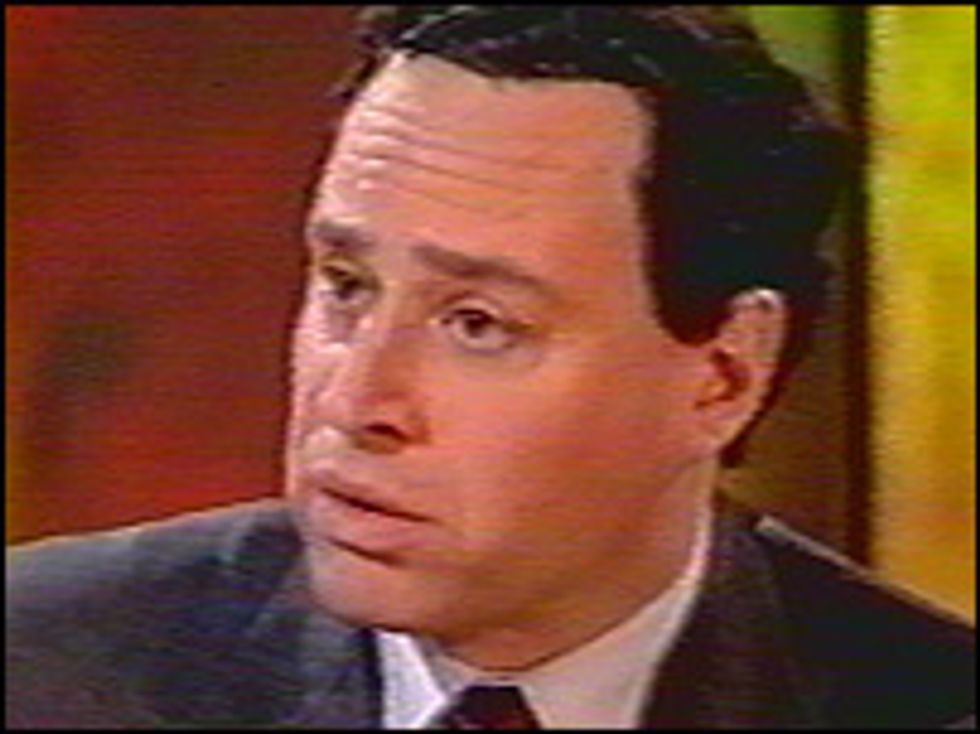 I have been a resident fellow at the American Enterprise Institute since 2003. At lunch today, AEI President Arthur Brooks and I came to a termination of that relationship.

Below is the text of my letter of resignation.

This will memorialize our conversation at lunch today. Effective immediately, my position as a resident fellow at the American Enterprise Institute is terminated. I appreciate the consideration that delays my emptying of my office until after my return from travel next week. Premises will be vacated no later than April 9.

I have had many fruitful years at the American Enterprise Institute, and I do regret this abrupt and unexpected conclusion of our relationship.

It is not like we are in love with David Frum, coiner of "Axis of Evil," and general lover of war. But at least you can have a conversation with the guy, hypothetically!

Whenever we see an article or book from a Reasonable Conservative saying, "We need to tone down the rhetoric and stop following Glenn Beck and Rush Limbaugh," though, it never takes the next step: how? Where is the implementation plan? These terrible scourges don't come out of nowhere; everything follows a system of incentives, the biggest of which would have to be money, followed by short-term power. How do you make the exploitation of fear and constant outright lying and insanity less profitable, and less able to deliver short-term gains? The only solutions seem to be ones that would have the Republican party concede they're following a failed ideology and must fold permanently or accept general minority party status for the next 25 years.