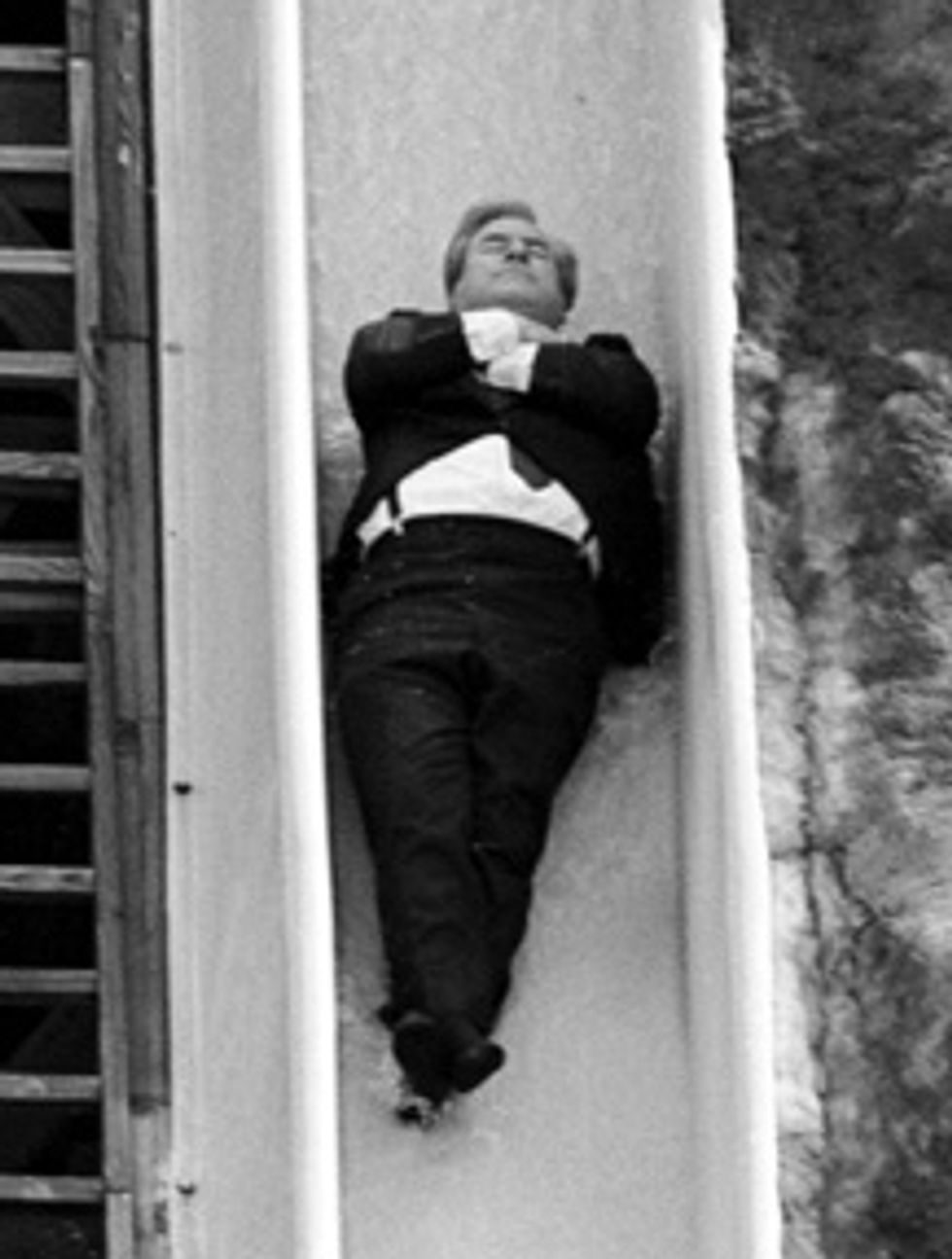 Once upon a time, Harry Reid foolishly opened "Tutankhamen's tomb" while visiting Luxor, the ancient casino-city in Las Vegas. Luckily for Harry, this particular Tomb was just a high-end replica full of champagne and hookers, but that doesn't mean he escaped The Curse (of dead people telling their friends not to vote for you). Nope. No way. Because days later, a certain dead lady by the name of Charlotte McCourt told all her still-alive friends and familynot to vote for Harry Reid, ever. It was her "'I'm dead' wish," in her obituary. Somehow this wretched curse has spread like a swarm of Biblical insects, and now Barack Obama is cursed too, which is unfair because he didn't even drink any of the champagne hidden deep within the tomb-replica. (We just made most of this up but seriously, some dead guy from Georgia doesn't want your "condolences," he just wants you to vote against Barack Obama in 2012.) Tutankhamen's Obituary Champagne Tomb Curse strikes again!

Georgia businessman "Don Unsworth" is no longer with us. Please respect his wishes and vote Palin/Bolton '12:

"In lieu of flowers the family respectfully asks that donations be sent to the American Cancer Society, or to the campaign of anybody who is running against President Barack Obama in 2012," said the obituary, which ran in the local newspaper.

Or just organize a "Relay for Life" team. Unsworth is down with that, too. [CNN]