Dear Louise Mensch, Please Do Not Lawsplain To Preet Bharara 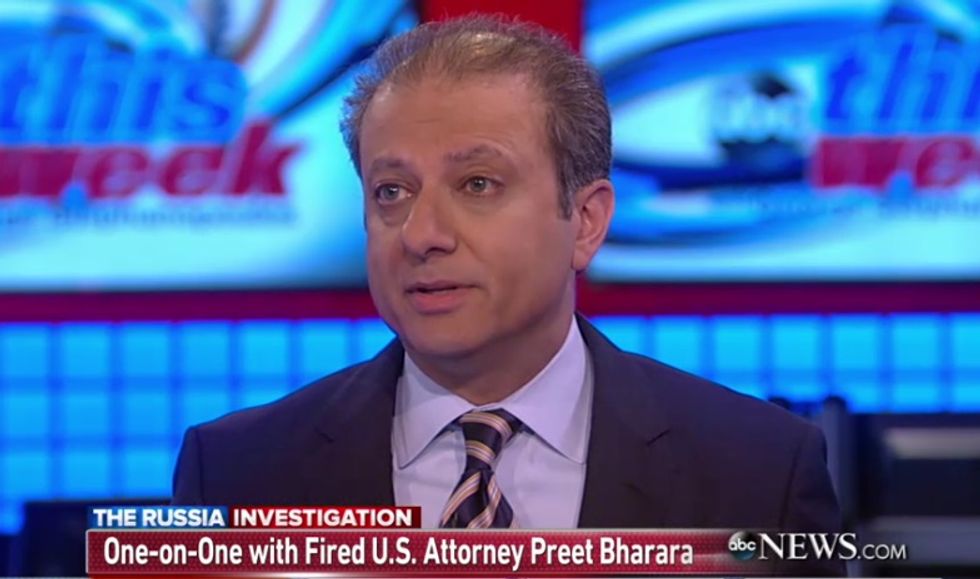 We here at Wonkette hate bullshit infighting so much that we do not even have a comments section, which is why we ignore even the most interesting internecine internet fights. We have no beefs! We are all in love with everybody equally except for Fuckface McGee who is also known as He With The Most Untouchable Of Combovers, aka Babyhands Jones, aka the President of the United States because that guy is SUCH A FUCKING WANKER. Him we hate, but everybody else we love!

However we most especially love us some Preet Bharara because some of us are lawyers and all of us enjoy it a lot when we see lawyers being all ethical and annoying the White House with their stubborn refusal to treason all day long!

Say what you will about Louise Mensch (and whatever you think, many people say many things!) but she is very willing to say the things she is thinking and damn the consequences. (Which, if you take the politics out of it, is a Very Feminist Lifestyle!) So we are not here to add to the canon of thinkpieces about a Twitter person, no sirree! We simply wish to register a bit of gentle advice for cross-cultural communication - and even at that we are not holding ourselves up as paragons of multinational understanding! I personally once got on the Tube and complimented a British woman's shoes, which I was later told was the equivalent of abruptly screaming insults about her parentage at her face instead of being a mere expression of my appreciation for that particular shoe pair, so I understand how hard it can be!

Which brings us to today's lesson in Internetting: Do Not Lawsplain To Preet.

Again we cannot state clearly enough that we do not want to hear about your personal feelings towards any internet personalities because they are a thing you should save for Twitter, and also Preet Bharara is a fucking legend and we Do Not Explain The Law To Preet, as a rule, forever and ever amen. But we're pretty sure that Preet doesn't just say things on the Internet that he's not fairly sure of. Because Preet is a Badass Constitutional Lawyer.