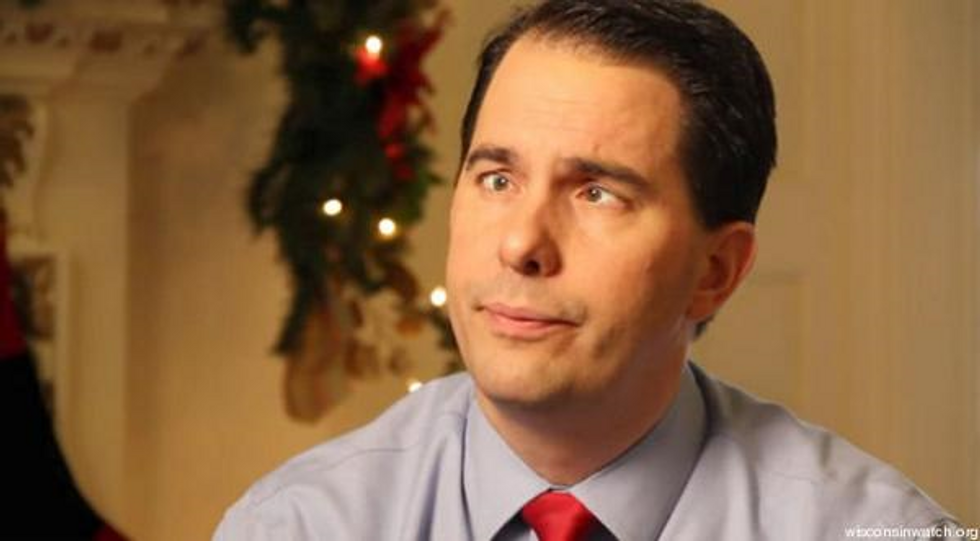 Well snap out of it, man! Because there’s a bill on your desk that will dramatically help one of your most oppressed pariahs: debt collectors. That’s right. Your GOP cohorts just passed changes to the Wisconsin Consumer Act, and there’s no time to waste.

The bill dramatically lowers the standard of proof that collectors have to meet in court in order to bring the justice system to bear on the person they claim owes them money. It also makes it harder for people to recover the cost of hiring lawyers even when they win in collections court, thus encouraging collectors to take matters to court almost risk-free.

When "third-party" debt collectors buy up your consumer debt for pennies on the dollar in Wisconsin, soon they'll be able to take you to court by alleging basically any number. Under the law's proposed changes, creditors will be able to assert a number to the court and will only need a "final billing statement" as proof. The court will presume this is an accurate reflection of your debt with no detailed accounting because who doesn't trust people who literally call themselves "bottom feeders"? Combined with specious notice requirements that keep consumers out of the loop, it's possible that one day you'll get blindsided by a garnished paycheck with a balance of ¯\_(ツ)_/¯. Mr. Governor, tear down these consumer protections and let the free market go to work.

And remember the good ol' days when the GOP insisted that medical malpractice suits and gay marriage divorces were going to clog up our precious legal system? Yes, we know, we know. That was all bullshit. These third-party debt collectors, on the other hand ...

Debt portfolios get sold off as spreadsheets of names, addresses, and phone numbers, and the spreadsheets are not linked to any master database that updates entries as circumstances change. Sometimes multiple collectors will end up working the same case without ever talking to one another, potentially leading an uncareful debtor to pay twice.

[contextly_sidebar id="OVJjItZgBWW9H7I3w7SGklx2Xk2307XE"]Wisconsin's effort comes on the heels of a successful GOP effort to outsource IRS debt collection to private collectors who will not hassle you at all 17 times a day even if you're flat broke from a medical emergency such as Ebola or childbirth, or if they just have the wrong number. As we learn every day in Election 2016: The Electioning, it's a pretty great time to be a bottom-feeding piece of shit.

The former presidential frontrunner(!) has yet to sign the legislation. Maybe Walker is having a crisis of conscience as a man whose campaign recently ran up a super-sized meal of debt despite receiving the warm embrace of megadonor reward dollars after severely wounding the state's public sector unions.

This goes to show that even a man who shops the clearance rack at Kohl’s can succumb to reckless spending. But unfortunately for those of us who don’t have fledgling presidential campaigns with full-time photographers and $1.1 million worth of direct mail costs, Ted Cruz isn’t galloping (on an imaginary horse) to shameless ask his supporters to bail out the average American debtor.