Deleted Comments Of The Week: 'You Should Be Running A Death Camp Of Tolerance' 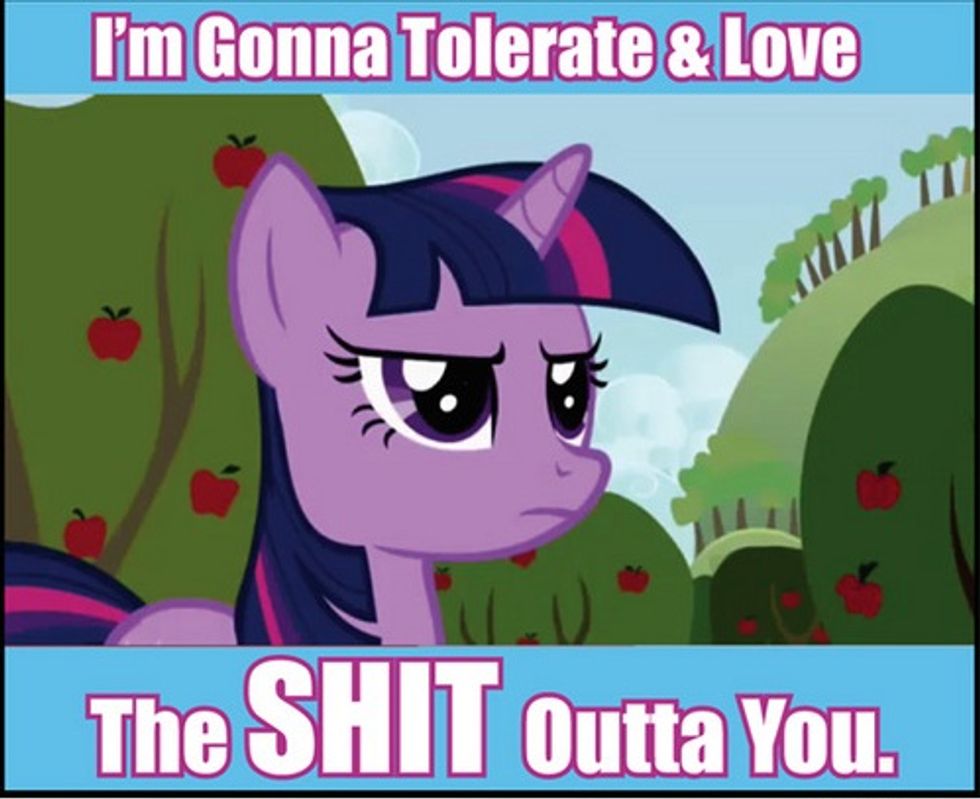 Writing a stupid comment is easy. Writing an epically stupid comment, on the other hand, takes something a little extra, a little special, a little hamsterfucking insane. We think we have found such a winner in our slushpile, kids. In response to Thursday's story about homophobic sleazehead Tony Perkins being a big lying liar who claimed that Christians face jail time if they don't bake gay wedding cakes, we received a comment from a gentleman who is not at all pleased:

Refusing to participate in a gay wedding doesn't make you a bigot. I support same-sex marriage, others do not. You people are ridiculous, you should all be running a Death Camp of Tolerance.

We are TOTALLY stealing that line. Get ready for Death Camp Of Tolerance coffee cups, tees, and iPhone covers. How about panties? Probably we need panties, too.

Our correspondent, who we COMPLETELY BELIEVE supports marriage equality, has some other observations to share:

The LGBT Alliance is out of control. The same thing happened with MADD. Also, if you face a damaging lawsuit every time you don't do something, you are being forced. Get real. Furthermore, the reason the Supreme Court ruled that businesses can't discriminate based on race was that there are circumstances like remote areas with one gas station where if someone were turned away they would have no other options for a vital service. A wedding photographer is not a vital service and finding another one is not going to be hard. People don't have to support homosexuality, sorry. Like I said, I support same-sex marriage, but I don't force my beliefs on others. Frothing at the mouth and screaming "bigot" is not helping, it makes you look like a fool.

Darn those out of control mothers and their fanatical insistence on not letting decent people drive drunk! Also, thanks for setting us straight about your very fanciful history of the Civil Rights Act's ban on discrimination in public accommodations, which must be true because you sincerely believe it is! That's Title Eleventy, isn't it? Your admirable refusal to "force your beliefs on others" is a great model for civil rights enforcement, too. We bet you're against segregation but you'd feel really bad if a restaurant got sued for refusing to seat black people.

But thanks for "Death Camp Of Tolerance." That's a keeper, right there.

Next up, we have a short-n-sweet clarification to our story about that 4th of July parade entry that featured a tractor bedecked with a Confederate battle flag, towing a watermelon-filled trailer with a sign reading “White History Month." New commenter "maureenmartin5" just wants to let us know that it is wrong to disparage the banner under which a bunch of traitors declared themselves disloyal to the USA:

It is not a slavery flag. It is a succession [sic] flag. White people are going to have countries of our own soon. We are such horrible privileged racist [sic], I'm sure you will be thrilled to get rid of us.

She seems nice. We just know there's a phrase about doors and asses that applies here. Since getting her Intense Debate account, which she will not be using here, she has identified herself elsewhere as the writer of "Aryan Street," a blog dedicated to "Taking Our World Back" just as soon as it has more than 26 followers. We normally wouldn't bother giving attention to a nonentity, but how can we resist? "Aryan Street" linked to our Confederate Watermelon Parade piece, calling it the "Jew controlled media version of the story." Aryan Street is brought to you by the letters Z, O, and G.

And finally, last week we got one of those mystifying comments that we never know quite what to do with: How about a 700-word refutation, from a user called "RationalPolice," of a 300-word article about Ron Paul and the Civil War? That's way more than a point-by-point refutation, and while it's kind of amusing, we're not going to waste any time on it, beyond making this suggestion to Ron Paul fans: if you really want to prove to the world how biased "far left types" are toward Dr. Paul, you will probably want to focus your efforts on something a bit more recent than a "propagandistisc hit-piece" that Wonkette ran in 2007. But hey, "RationalPolice," it's your keyboard. Knock yourself out.

Just don't be surprised when you're herded into a rainbow-festooned cattle car bound for the Death Camp of Tolerance.

Nuts! So much for the merchandising!