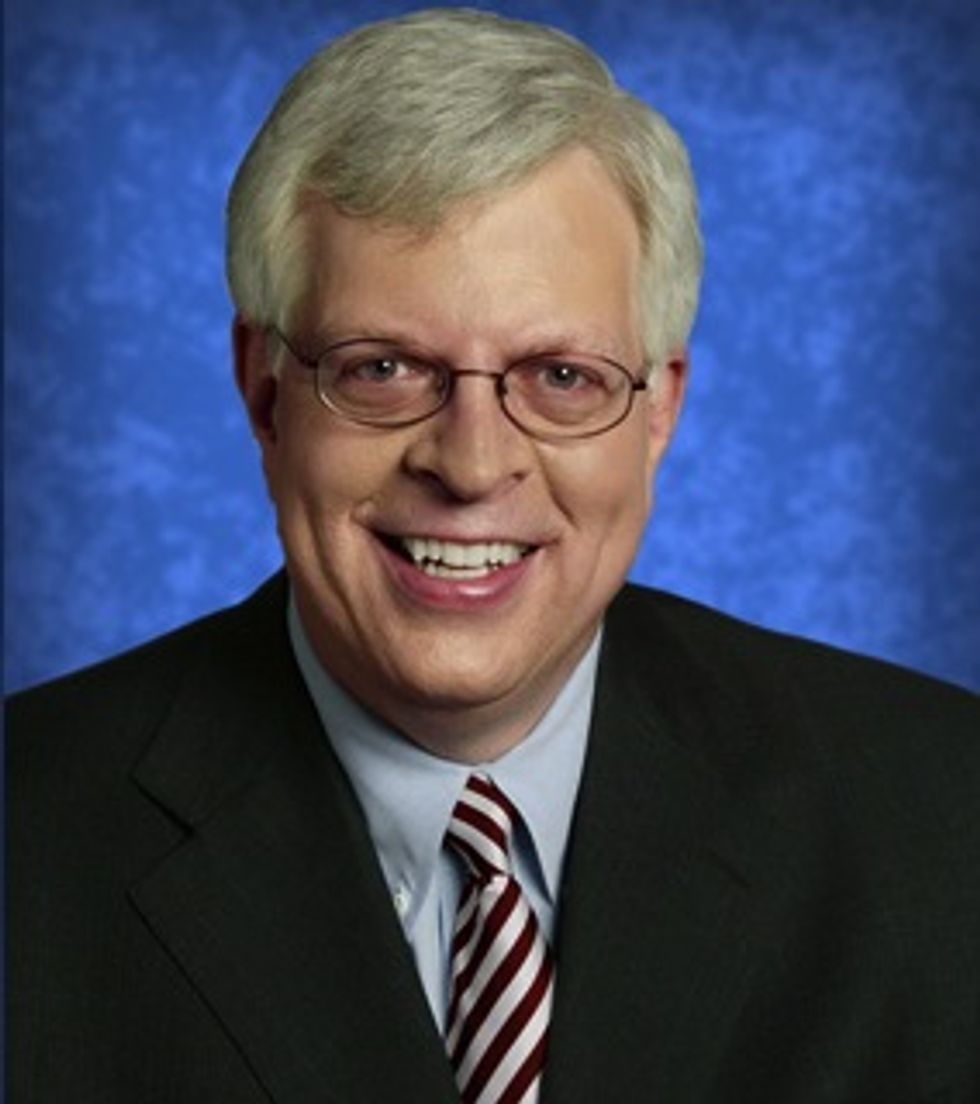 Dennis Prager is a family values radio host. He is a religious fellow what loves G_d and morals. He also thinks there are not five homes with hungry children in all of Los Angeles, and that free school breakfast is the actual devil. Here, let us read, together, whyfeeding children is the worst, dumbest, most eeeeevil thing a school district can do!

That is so weird, because three out of five teachers say they have students coming to school hungry! We guess families really can afford to feed their children, they just choose not to, because they are sadists maybe, or all the hungry children are being raised by the vicar in Of Human Bondage, who lets them each eat the top of one egg.

Well, that is just obviously true. Let us put some more children in foster care, because that system is totally ready and capable of handling an extra 300,000 kids.

A free school breakfast will take a good parent and make her a bad parent. How? WIZARDRY.

Letting your school feed you turns you into a French, and a Communist, and probably a fag. It is just that obvious.

You have convinced us, Dennis Prager! Time to stop giving the children food.