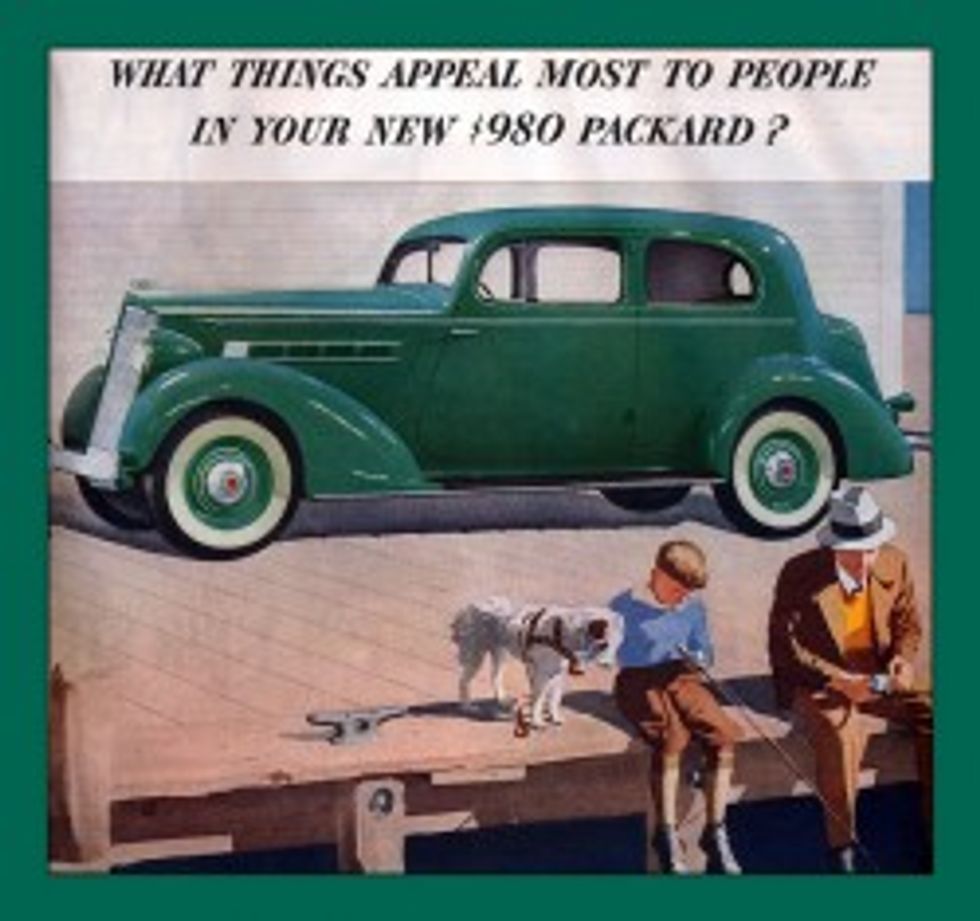 Recently, the Packard Plant became home to some guerrilla art that is, ummm, controversial. Yeah, let's go with that.

"Arbeit macht frei" (work makes you free) — three of the most profane and chilling words ever written — has been posted on the overpass of the mostly abandoned Packard Plant on the city's east side.

The phrase is a shocking and mocking reference to the infamous words posted over the entrance ways to a number of Nazi concentration camps during World War II, including Auschwitz, the horrific camp set up in Poland.

How many ways is this stupid? Let's count.

1. If the artist's point is that the decline of industrial labor as our nation's economic driver has shackled America with poverty and to enjoy the freedom of propriety once again we must return to a time when places like the Packard Plant employed tens of thousands of workers, then "Arbeit macht frei" is a terrible symbol because, you know, work freed no one at Auschwitz. It was a cruel taunt. When prodded by the UAW, the Packard Motor Car Company, unlike the Nazis at Auschwitz, was known to pay a prevailing wage and respect the whole 40-hour work week thing.

2. If you're going to use Holocaust imagery in your industrial ruin guerrilla art, maybe go to the equally abandoned Model T plant up the road in Highland Park. Henry Ford was an actual anti-Semite and, one might argue, the dehumanization of Fordism laid the groundwork for the rise of Fascism by treating workers as cogs in a system and reducing their value to the sum of their economic parts. Even then, this shit still would be stupid. Just more pretentious. Like a 17-year-old who just read "Brave New World" and feels the need to lecture everyone about the moral decay of their soulless, Soma-fueled existence.

3. You know who absolutely did not drive a Packard? Hitler. However, according to a fun blog post Dictators and Their Cars, Stalin drove a Packard. So maybe do some super fun art based on anti-Trotsky Soviet propaganda at the Packard Plant instead.

Or just leave the Nazi references to the qualified experts at Fox News and the NRA. They're able to distinguish between things that are Nazi-like (health care and background checks for gun buyers) and things that aren't (abandoned factories.) And leave the Packard Plant to the gay pornographers who can fulfill this ruin's true potential as an artistic setting. Gay pornographers, they're the real heroes.