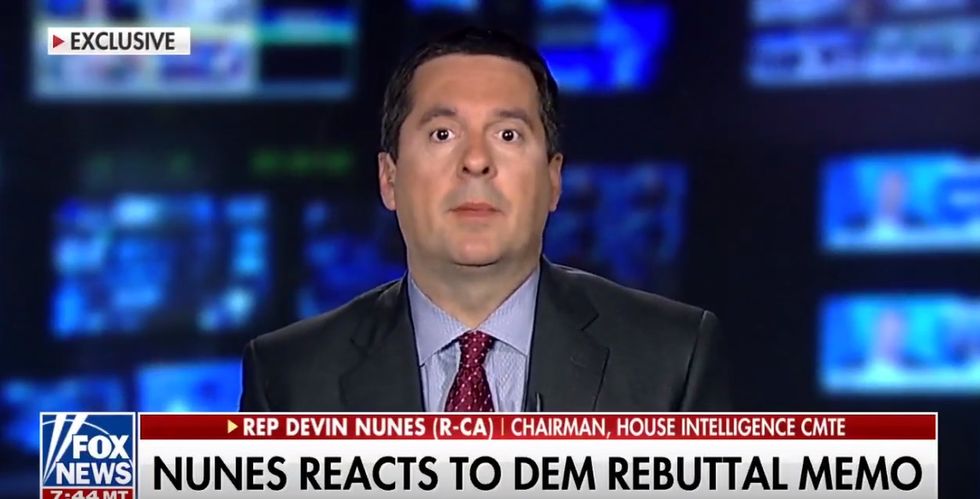 This was supposed to be a totally nice follow-up to our last post, which was about how unkempt douchesticks in the House of Representatives are fucking with the Robert Mueller investigation by sending a letter saying they want ERRBODY else prosecuted, especially Hillary Clinton and James Comey. This post was supposed to be about the saga that led to Comey's memos being released to Congress, specifically Devin Nunes, Trey Gowdy and Bob Goodlatte, in their capacities as committee chairs, so they (Fucking Devin) could use them to undermine the Mueller investigation in a different way. And it would have been a perfectly lovely post if somebody (Fucking Devin, ALLEGEDLY) hadn't leaked the Comey memos to Fox News within 30 minutes of receiving them. So here we are! Rewriting a post! LET'S LOOK AT SOME MOTHERFUCKING MEMOS.

The leak of these memos is JUST GODDAMN GREAT. For one thing, they serve to show Donald Trump and other Mueller probe witnesses exactly what evidence Mueller got from Comey in his obstruction of justice probe into Trump. Isn't that handy for them? Isn't it awesome for them to be able to have a sneak preview of the evidence?

Here is an example of a Fox News reporter tweeting about the special surprise memos in Devin Nunes's panties, 30 minutes after Congress got them:

In memo from 1/7/17 sent to CapHill, Comey says Trump asked him if he “hoped I planned to stay on. I assures him I intended to stay. He said good.”