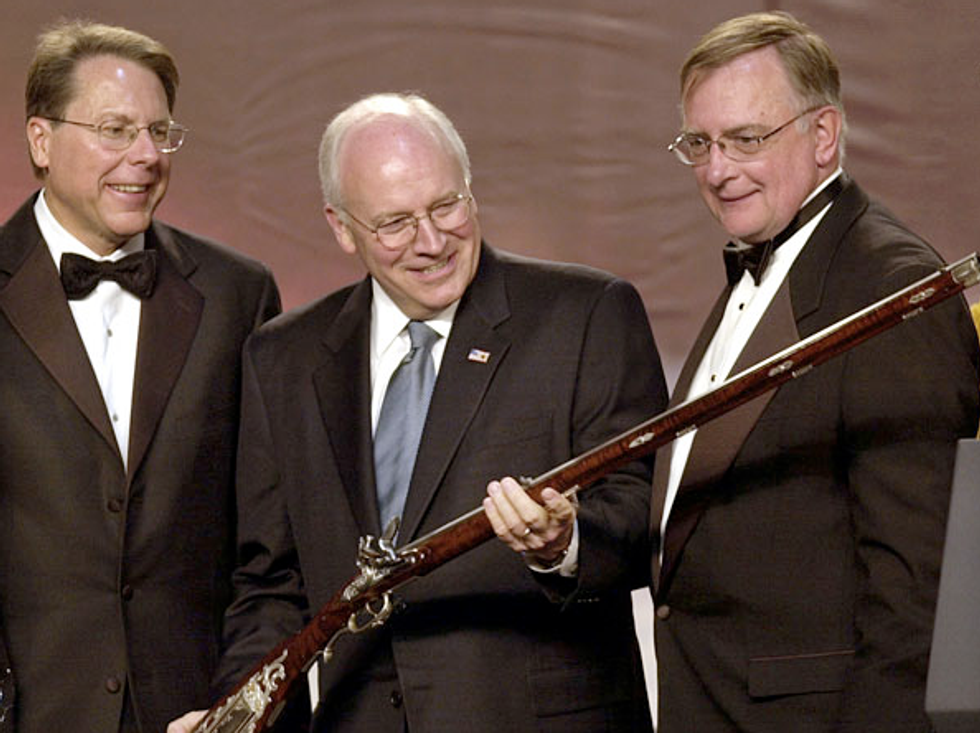 Did you know that back in 2002 charming Dr. Strangelove extra Dick Cheney wanted to deploy American troops to Buffalo, New York? Little known outside the nightmares of national security insiders, Buffalo, or "جاموس " is a remote hellscape in Kashmir ruled by tribal warlords and their thuggish philosopher-king, Vincent Gallo. It was also the home of the "Lackawanna Six," a group of terrorism suspects who Cheney wanted to arrest in spite of (because of??) the lack of evidence against them.

Anyway, made much more sense to just deploy the military to scoop 'em up—tanks, guns, fuckin' you know, whatever else, but definitely, definitely tanks—and just do whatever with them, and not even bother with the F.B.I. and their questions, because what's going to retroactively prevent 9/11: a tank or a question?

It would have been the first time US forces would have been deployed on American soil since the Civil War, before which, you'll recall, al-Qaeda had manipulated America's white gentry into purchasing human beings, as slaves, for hundreds of years in attempts to secure an antebellum caliphate. So you see it's not like there wasn't historical precedent for this sort of thing. However, Bush and Condi nixed the idea and Dick Cheney was not allowed to deploy the military to Buffalo. The Lackawanna Six were apprehended by F.B.I. officers, who, despite driving, what, probably Town Cars?, were able to successfully arrest the suspects. LAME.