Did Grossly Unqualified Judicial Nom Brett Talley FORGET He Was Married To A White House Official??? How ODD!!! 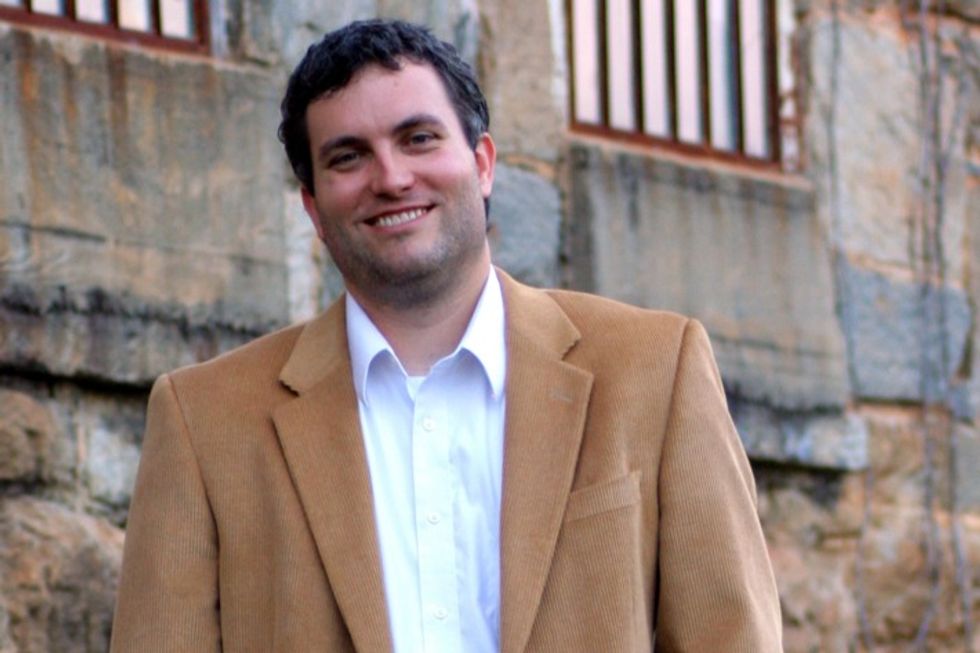 Did we not just hit publish a post about this nitwit an hour ago? WE DID. And yet here we are again staring at a photo of everyone's favorite grossly unqualified horror novelist federal judicial nominee Brett Talley. It seems young Mr. Talley may have had just a teensy little memory lapse on his Senate disclosure forms. Whoopsie!! He just plain forgot to mention being married to this pretty lady who works at the White House.

In an amazing coincidence, Talley's blushing bride Ann Donaldson is chief of staff to White House Counsel Don McGahn. In her position, she helps craft White House policy, including possible consultation on issues like the travel ban, sanctuary cities, and immigration policy. If confirmed to the federal judiciary, Talley would be a trial judge in the very district courts where White House policy is challenged. But when invited to disclose any potential conflicts of interest on his Senate Questionnaire for Judicial Nominees, Talley just mumbled a few sentences about his connections in Alabama.

And while we are of the opinion that Talley is grossly unqualified for the federal bench, the guy was editor of Harvard Law's Journal of Law and Public Policy. He's not a moron. And he knew damn well he had to disclose his wife's employment as major potential conflict. This did not happen by accident.

And speaking of accidents -- or otherwise -- we can't help but notice that Mr. Talley's lovely wife is knee-deep in the Mueller investigation of obstruction of justice at the White House. Via the New York Times,

Ms. Donaldson has emerged in recent weeks as a witness in the special counsel’s investigation into whether Mr. Trump obstructed justice. She was interviewed by investigators recently about her detailed notes about conversations with Mr. McGahn on topics including the firing of the former F.B.I. director James B. Comey, according to two people briefed on the matter, who spoke on the condition of anonymity because they were not authorized to discuss the investigation with reporters.

Hmmmmmm. Let's see if we've got the sequence of events right here.

Did we miss something here? Because it sure as hell looks like the White House was making nice to Mrs. Donaldson in advance of her meeting with Robert Mueller by nominating her husband to the federal bench. In fact, it seems to us that the only person trying to hide the payoff was Talley himself when he pretended not to know his own wife on the Senate disclosure forms. And once again, we are scratching our head and wondering WHAT THE FUCK WERE THEY THINKING???

If we might borrow a phrase from our favorite underqualified horror-writing legal hack ...

You shoulda walked in the shadows, Talley.

But instead, you got greedy, and did that which should not be.

And soon, you're going withdraw your name and spend the next two years sinking into the void of a corruption scandal.

Please click here to fund us so we can come back in two hours to tell you about it when this idiot resigns to spend more time with his Bram Stoker DVDs.