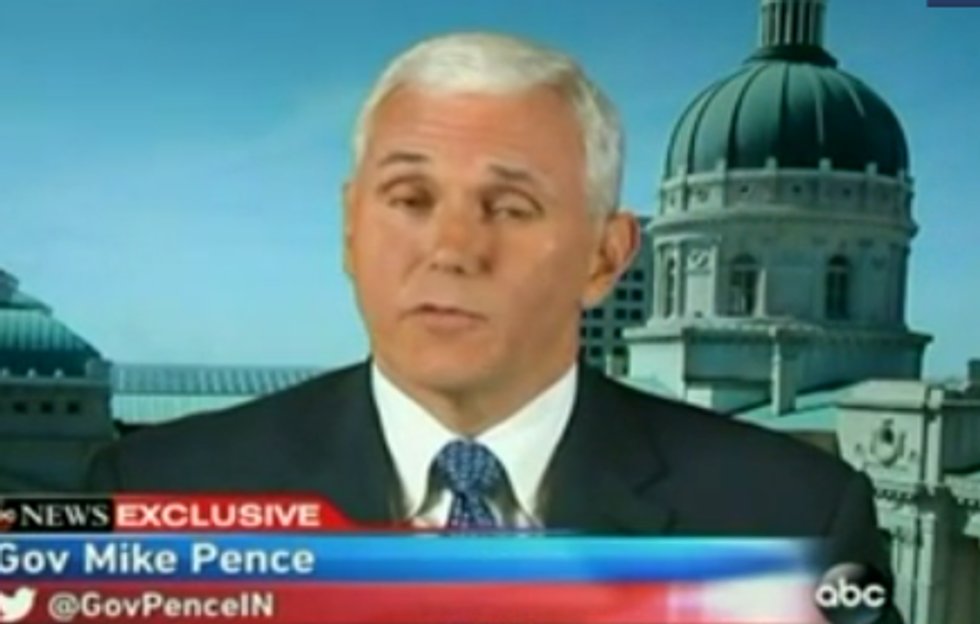 Mike Pence, he's this dick. He may or may not end up being Donald Trump's pick for vice president, once Trump The Showman has done a few more misdirec ... LOOK OVER THERE!

But at much of a doucher as Mike Pence is, we weren't mad until we read this, from Buzzfeed, about his 2000 congressional campaign "issues":

Here’s how the section read:

• Congress should oppose any effort to put gay and lesbian relationships on an equal legal status with heterosexual marriage.

• Congress should oppose any effort to recognize homosexual’s as a “discreet and insular minority” entitled to the protection of anti-discrimination laws similar to those extended to women and ethnic minorities.

• Congress should support the reauthorization of the Ryan White Care Act only after completion of an audit to ensure that federal dollars were no longer being given to organizations that celebrate and encourage the types of behaviors that facilitate the spreading of the HIV virus. Resources should be directed toward those institutions which provide assistance to those seeking to change their sexual behavior.

We got all your sexxxy dirt on Mike Pence RIGHT HERE.

Knock us over with a feather that Donald Trump put off his vice presidential announcement. Never could have seen 'him milking it' coming!

Guys, am I reading that right? Was Mike Pence calling for AIDS funding to be diverted to ex-gay therapy? The kind of therapy that's been outlawed in some of the correct-thinking states because clients of the therapy are eight times more likely to try to kill themselves? And which the GOP just endorsed in its platform?

Is there any other way to read it? What other "institutions provide assistance to those seeking to change their sexual behavior"? Because this is one of the times I would love to be wrong, because Mike Pence's 2000 proposal -- if I am reading it correctly and I don't see how I'm not -- is so ugly, it's a sin.

Fuck you Mike Pence, you hateful sickening pile of malice. You don't even get a joke at the end of this post.