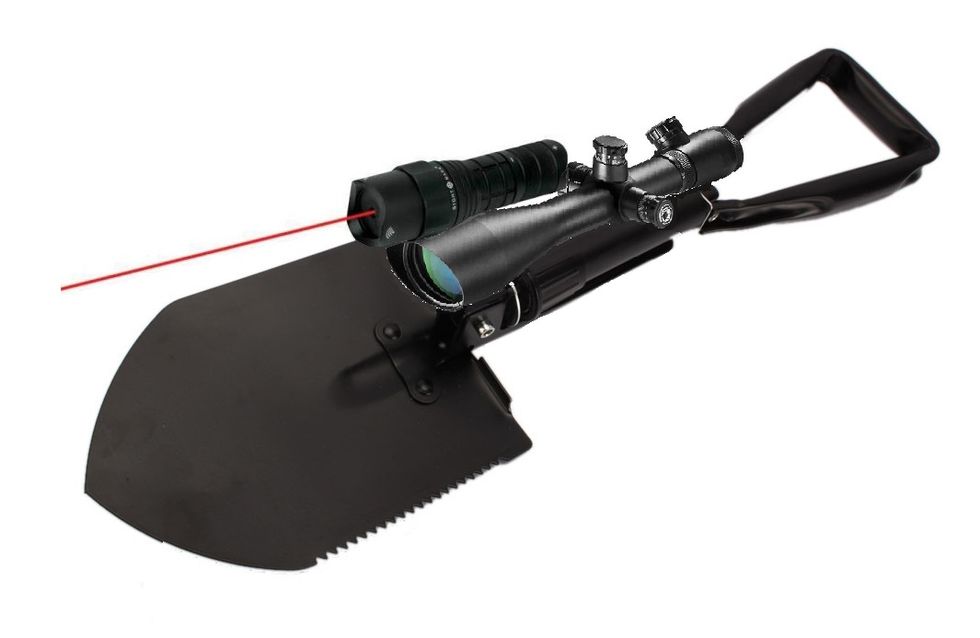 Staff and parents at a middle school in the Boise suburb of Meridian, Idaho, pretty muchlost their shit when a student carrying a folding "military style" short-handled shovel was mistaken for a maniac roaming the halls of the school with an axe on Thursday. The school went into lockdown while police searched the school for some two hours. Eight other schools in the Meridian district also locked their doors before police determined that the kid had an antique shovel that he had brought to school as part of a project for a history class. Despite the lockdown being a false alarm, parents who had gathered to wait at a nearby church were allowed to take their kids home for the rest of the day if they wished to. School officials quickly reclassified the school's security status from "Freaking Right The Fuck Out Over Nothing" to "Defensively Covering Embarassment With Reassurances That We Were Acting With An Excess Of Caution For The Children."

The Boise Weekly has archived its reports on the nonevent at Heritage Middle school, beginning with a "report of a man inside the school who was holding a double-bladed axe," and progressing to revised accounts that

a student and teacher said they they spotted a young man, perhaps a teenager, in a school hallway, carrying "something suspicious."

By Friday morning, a more detailed (but hastily proofread) report in the Idaho Statesman noted that the shovel was a "folding WWII-era folding military shovel" and that the teacher who had asked the student to bring the shovel to class had no idea that the implement was the cause of the lockdown. The updated article did not include a photo of the shovel, but the most common army WW II entrenching tool looked like this, which still is a far cry from an axe. It appears not to be the only complete tool involved in the incident.

Reactions in local news sources' comments sections was swift, with some parties expressing the opinion that it was better to be safe than sorry, and others suggesting that all parties involved in reporting the false alarm be subjected to "mental evaluation" for failing to recognize a common implement used by Boy Scouts. Another was of the opinions that "helicopter moms" are turning America's boys into a bunch of sissies who just want a free day off from school. Finally, a Patriot suggested that all government is corrupt, and that the hardworking taxpayer just gets screwed, both by over-reacting union teachers and the wannabe-hero union cops.

Of course, since the new talking point across the aisle is that more people are killed with blunt instruments than guns (they aren't), it only makes sense to criminalize shovels.

Your Doktor Zoom was substitute teaching at another middle school in the Boise district when news of the incident was discussed in the faculty lounge. A teacher who had received texts from one of the teachers at the affected school explained what had actually happened, much to the surprise of another teacher who had received a panicked text describing the incident as involving "a guy wearing full camo and a mask and carrying an assault rifle or something." Conversation then turned to a sincere appreciation of the awesome bean dip that another teacher had brought for the Valentine's Day potluck. It really was good dip.