Dinesh D'Souza Makes Up Science In His Powerful Brain 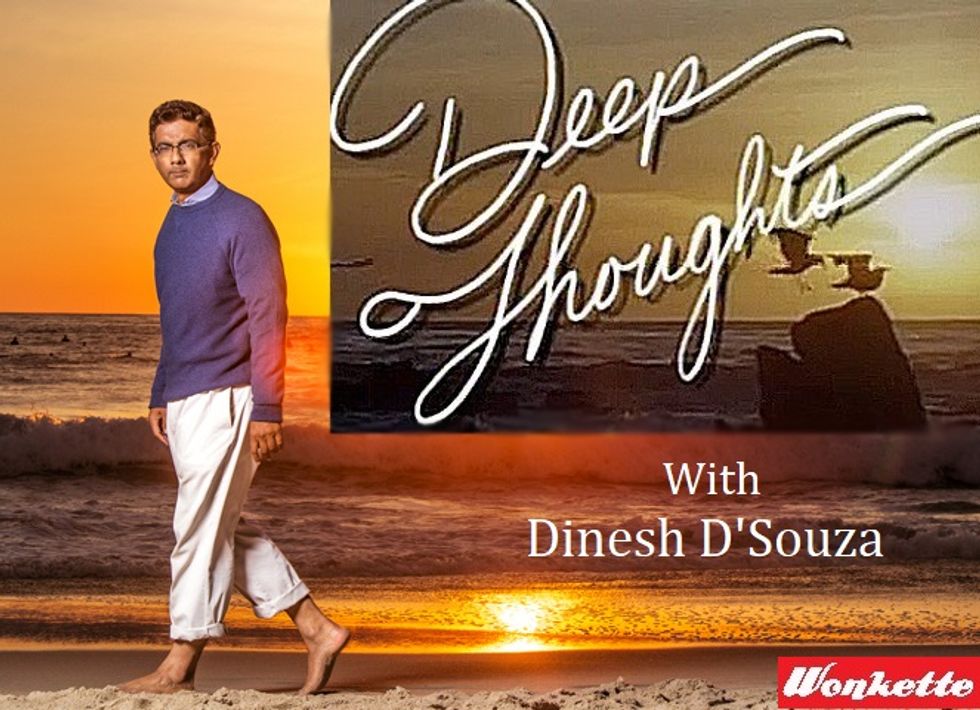 This might be 'shopped. We have seen many 'shops and you can tell from the pixels

Great Conservative Thinker and Convicted Tax Frauder Dinesh D'Souza would like you all to think long and hard about that "Earth Day" and "March for Science" thing that happened this weekend, so you will finally think for yourself, maybe. Look upon his blurts, ye mighty, and weep!

We watched Dinesh D'Souza's latest movie so you won't have to.

It is not really much of a thought, especially for someone who, even if he makes terrible stupid films full of stupidity, might have learned at some point during his Bachelor's Degree studies at Dartmouth that there is an actual difference between the humanities -- which is where the notion of "social construction" comes from, Mister English Major -- and the sciences, which is where climate science comes from. Or maybe D'Souza is a wacky Postmodernist who thinks they are all the same!

Fortunately, because Twitter is the new Marketplace of Ideas, many helpful people came forward to splainer a thing or two to Mr. D'Souza, like for starters that a social construct is not really the same as "all in your head":

Several folks chimed in to say, hey, you know what else is a social construct?

Even so, Dinesh D'Souza is a really smart guy! Look at how smart he is!

Ha! Good one! If liberals knew anything about math, they'd understand that the only way to eliminate deficits is through deep tax cuts.

And now we OPEN THREAD.

Yr Wonkette is paid for by liberals who can do math, like you! Please hit the "Donate" clicky below, because while money is a social construct, it's a pretty goddamned necessary one if you're running a mommyblog.