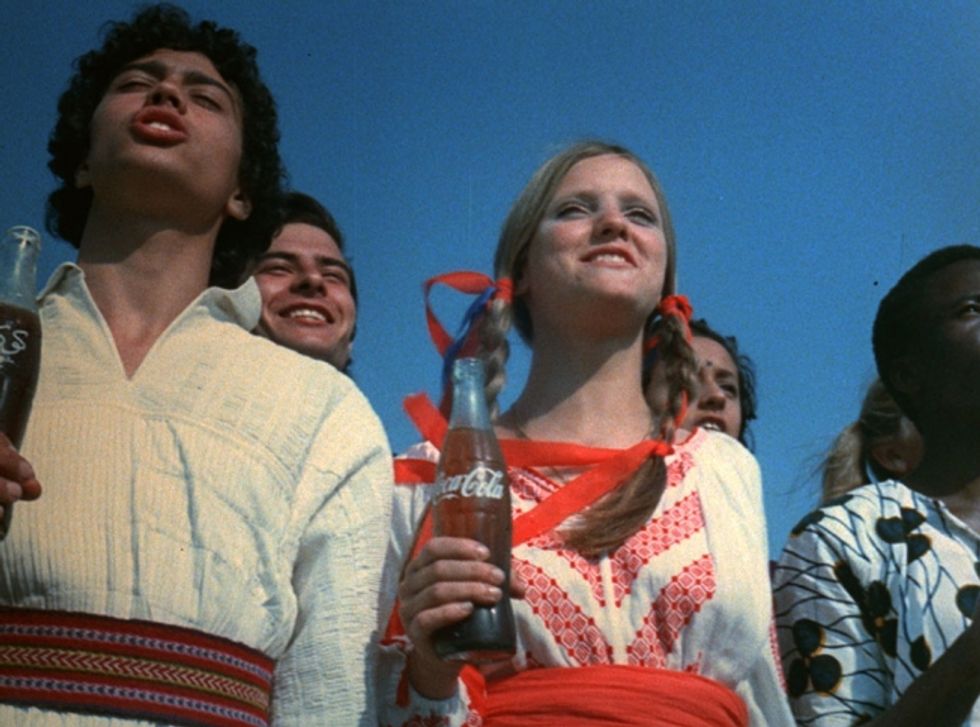 [contextly_sidebar id="6O4wJ1odZLptOsdrfqnY7qPWSTxIkeA5"]It's not exactly a lovefest breaking out, but the Democratic National Committee and the Bernie Sanders campaign have made a sort of peace that will allow the campaign to have access to the party's voter database again. The DNC locked the Sanders campaign out of the system Friday after Sanders staffers rummaged around in data collected by the Hillary Clinton campaign Wednesday. Since that effectively shut down the Sanders campaign's ability to do any campaigning, the Sanders campaign sued the DNC to get back into the computers; the deal came late Friday, shortly before a court hearing would have been held.

And now the Sanders campaign and the DNC are besties again and will spend most of Saturday sitting around Bernie's bedroom listening to records and braiding each other's hair, right? Maybe they'll see how Bernie looks with a man-bun (dear god no). Or perhaps not: Both sides are of course insisting that the other side finally saw sense and blinked.

In a statement shortly after midnight, the Sanders campaign said the DNC “capitulated and agreed to reinstate Sen. Bernie Sanders’ campaign’s access to a critically-important voter database.”

The statement said that the campaign’s filing of a lawsuit in the U.S. District Court in Washington brought about the change.

“We are extremely pleased that the DNC has reversed its outrageous decision to take Sen. Sanders’ data. The information we provided tonight is essentially the same information we already sent them by email on Thursday,” said Sanders’ campaign manager Jeff Weaver.

And at almost exactly the same time, DNC chair Debbie Wasserman Schultz was explaining that returning access to the data system was only natural, seeing as how the Sanders campaign had “complied with the DNC’s request to provide the information that we have requested of them” and that it had "agreed to fully cooperate with the continuing DNC investigation of this breach." But there was a stern wag of the finger, too:

“The fact that data was accessed inappropriately is completely unacceptable, and the DNC expects each campaign to operate with integrity going forward with respect to the voter file.”

The Sanders campaign lawsuit said that being shut out of the computer system was causing it to lose roughly $600,000 a day in donations. After reaching the mutual agreement with the DNC, the campaign announced it should have access restored by Saturday morning. Hooray! More targeted emails for everybody! They fired their national data director, Josh Uretsky, on Friday, and are still looking at whether other staffers went rooting around Clinton's digital sock drawer and need to be disciplined.

Meanwhile, the Clinton campaign says it's satisfied that the data breach will be fully investigated, although it may be saying that through clenched teeth.

Clinton national press secretary Brian Fallon tweeted early Saturday that the campaign was "pleased" with the firm hired to conduct an independent investigation into the data breach.

The DNC will continue to work with the database provider, NGP VAN, according to Schultz, who said the party and the company would cooperate to "ensure that a breach of this nature never, ever happens again and that our data is secure.” When contacted for comment by Yr Wonkette, a spokesperson for NGP VAN sent us Bernie Sanders's tax returns for 2008-2014, a draft of Hillary Clinton's acceptance speech for next summer's convention, and a bootleg digital file of Star Wars: The Force Awakens. It was pretty good.

The Martin O'Malley campaign issued a petulant press release complaining that nobody had even tried to steal his campaign's data, which is just as good as anyone else's, damn it.

Is it possible that the data breach controversy will be a topic of contention at Saturday night's Democratic debate, set for 8 p.m. Eastern? We suppose it might, and all 28 people watching on TV should be prepared for fireworks. Yr Wonkette will have a debate preview for you around 7:30 EST, and while we won't be doing a full debate livebloog (again, see "28 people watching"), Yr Dok Zoom will be watching along and participating in the comments, which we do not allow.