DNC Picks Perez As Chair, Ellison Being Totally Cool About It, AS WILL ALL OF YOU 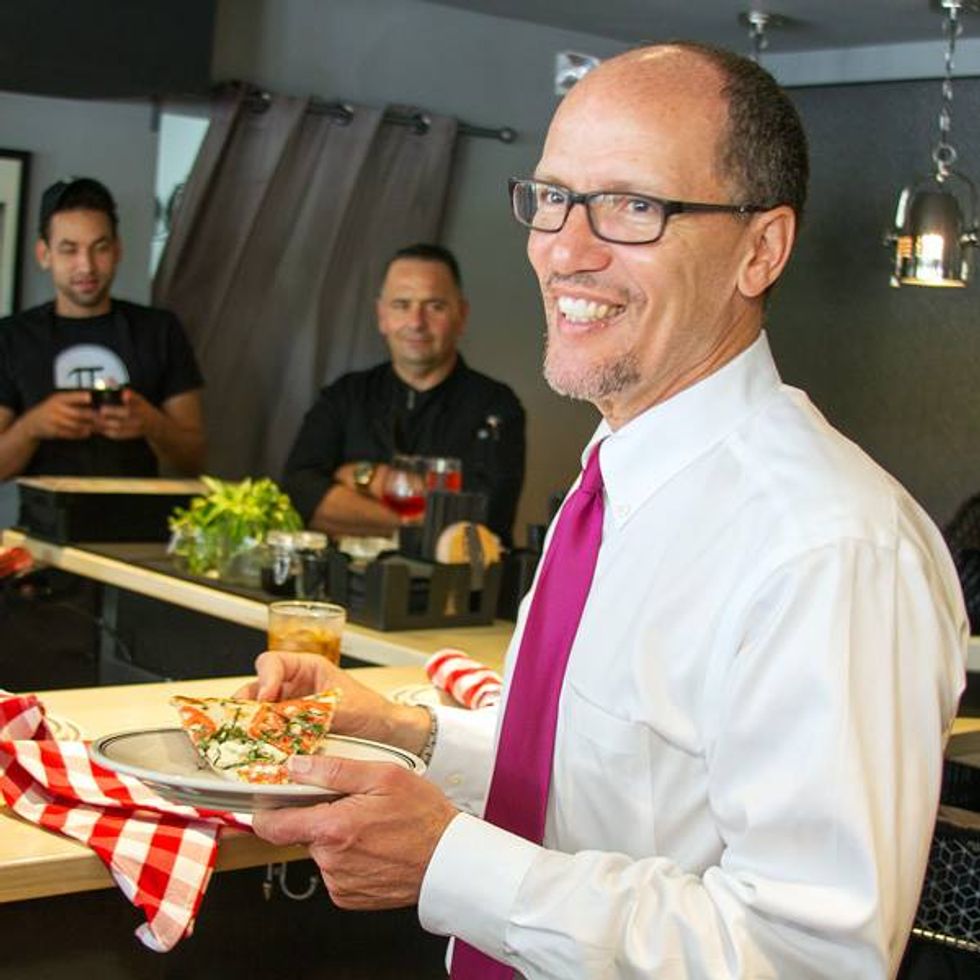 Tom Perez is the new chair of the Democratic National Committee, and Keith Ellison is the new deputy chair. You may have noticed, we did not cover this race! That is because fuck you. The Bernie people wanted Ellison, and instead of just going, "well, ALL Democrats like Keith Ellison, sounds good let's do it," the Obama people reportedly encouraged Perez to run against him for reasons unknown since we are not going to read The Intercept to find out why.

Still, for the life of us, we can't figure out why more proxy wars were necessary when, again, to repeat: ELLISON'S A COOL DUDE. (Our only problem with an Ellison pick is we think DNC chair should be full-time, as witness the clusterfuque under part-time chair Debbie Wasserman Schultz. Once Ellison said he would resign his safe seat in Congress, that was good enough for us!)

Then everything became exhausting again, and we got more intramural buzkashi, and idiots on Twitter (I mean you, The Young Turks) flipped out when Ellison and Perez went to dinner together, because Democrats are supposed to fight each other to the death now because the real enemy is other Democrats, that is the cool new thing, and the Berners were very GRRRR that their nominee actually had to face an opponent and it was the Clintonite wing's turn to say snide things about "coronations," and just fuck EVERYBODY (except Tom Perez and Keith Ellison, both of whom are great).

ANYWAY. Perez and Ellison are doing cool "unity" moves -- Perez's first motion was to make Ellison deputy chair, and Ellison immediately accepted -- and we suspect they will matter not one whit, because the "establishment wing" had to stick a thumb in the Berners' eyes when it was totally unnecessary, and I am going back to my birthday drinking now, and these comments are going to be VERY QUIET, because NONE OF YOU ARE GOING TO BE FIGHTING OR SAYING SNIDE THINGS ABOUT THE OTHER SIDE.

LOLOL I am hilarious. DON'T YOU MAKE ME COME BACK HERE.