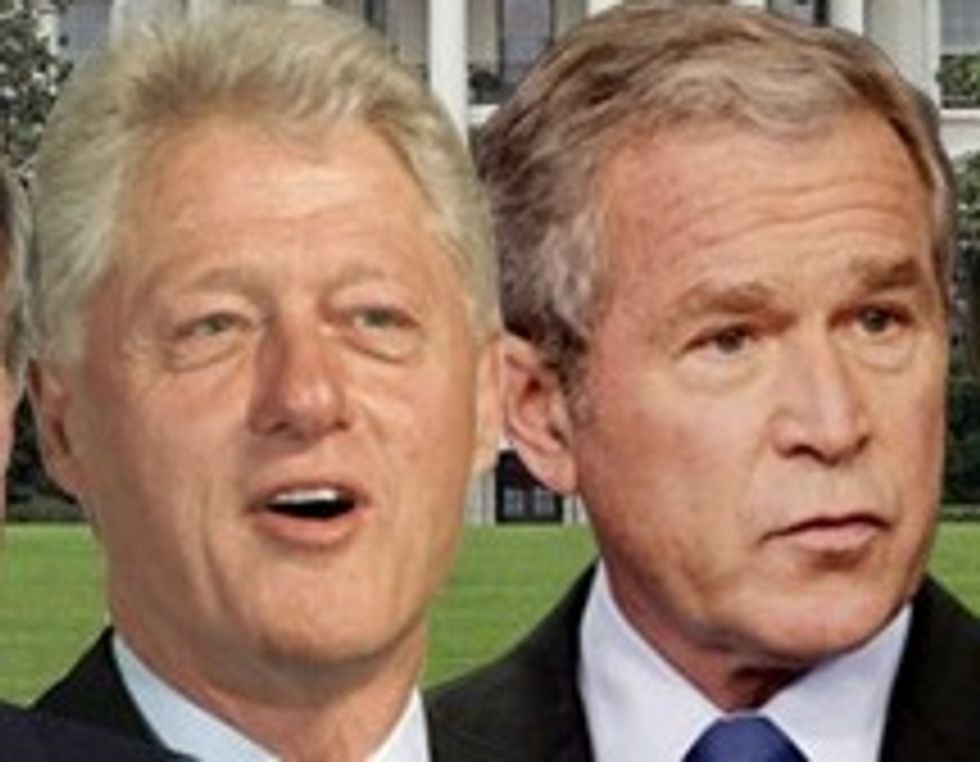 Bill Clinton and George W. Bush will simultaneously perform impressions of relevance at Radio City Music Hall, where in February they will "debate topics ranging from the economy, to foreign policy, to the current administration." Details are still fuzzy re: why anyone suggested this in the first place, what anyone believes the stakes to be or hopes to gain from this, or what's in it for absolutely anyone—Clinton, Bush, the audience, Radio City Music Hall, or you, simply hearing in passing that this thing even exists.

Allegedly, it's all a part of something called the "Minds That Move The World" series, some sort of large-scale nihilistic scheme to literally bore everyone to death. "Prices start at $60 for the cheap seats and rise to $1,250 for high rollers who want to join both presidents at a pre-debate reception for cocktails and picture-taking." Bit more for a private room with either man, although he will not touch you and there will be no kissing on the mouth. [NY Daily News]