Doctor Rand Paul Does Not Actually Care Much About Changing Wars On Terror, Countries 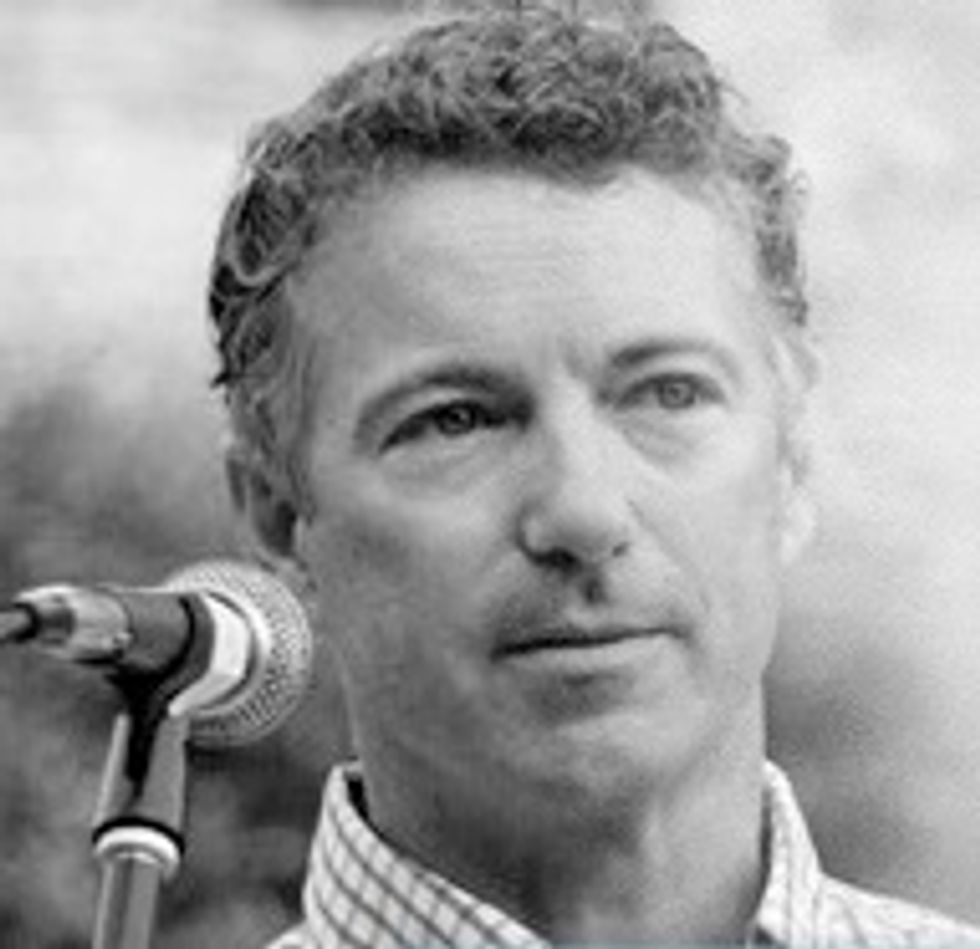 Doctor Senator Rand Paul is America's greatest case of nepotism and whoreishness. Not only is he muchmeaner than his kindly old radical father, the deity Ron, but on the foreign policy side, there aren't very many (and will probably be ZERO by the time this campaign ends) similarities to his father's minimalist war & torture view, the one that appeals to certain young lefties and left-libertarians. Rand Paul is running a statewide race in Kentucky, after all! He can't just be full-on Paultard all the time, if he wants to win.

The excellent Adam Serwer of The American Prospect has a counter to the notion that Rand Paul somehow managed to win a 2010 Republican primary in Kentucky without throwing out any red meat to the wingnuts, particularly in the area of civil liberties and the War on Terror. He links to a Rand Paul press release from last November that we've wanted to post about but keep forgetting, every morning for the past six months. Time to cross it off the list!

“Foreign terrorists do not deserve the protections of our Constitution,” said Dr. Paul. “These thugs should stand before military tribunals and be kept off American soil. I will always fight to keep Kentucky safe and that starts with cracking down on our enemies.”

Dr. Paul believes in strong national defense and thinks military spending should be our country’s top budget priority. He has also called for a Constitutional declaration of war with Afghanistan.

Ha ha ha, do you, too, enjoy that last sentence? If gives the statement Balance. But we can't have a declaration of war with Afghanistan because we're not actually at war with Afghanistan, just with certain folks inside it who we don't like and who aren't the official holders of state power. This is why American foreign policy is so weird and illegal.

Rand Paul wants to torture and bomb everyone, in order to get elected to the United States Senate. He is like most Senators in this regard, although most of them have more qualifications for national elected office.