Donald Rumsfeld On Facebook, Wants To Be On 'America's Next Top Model' 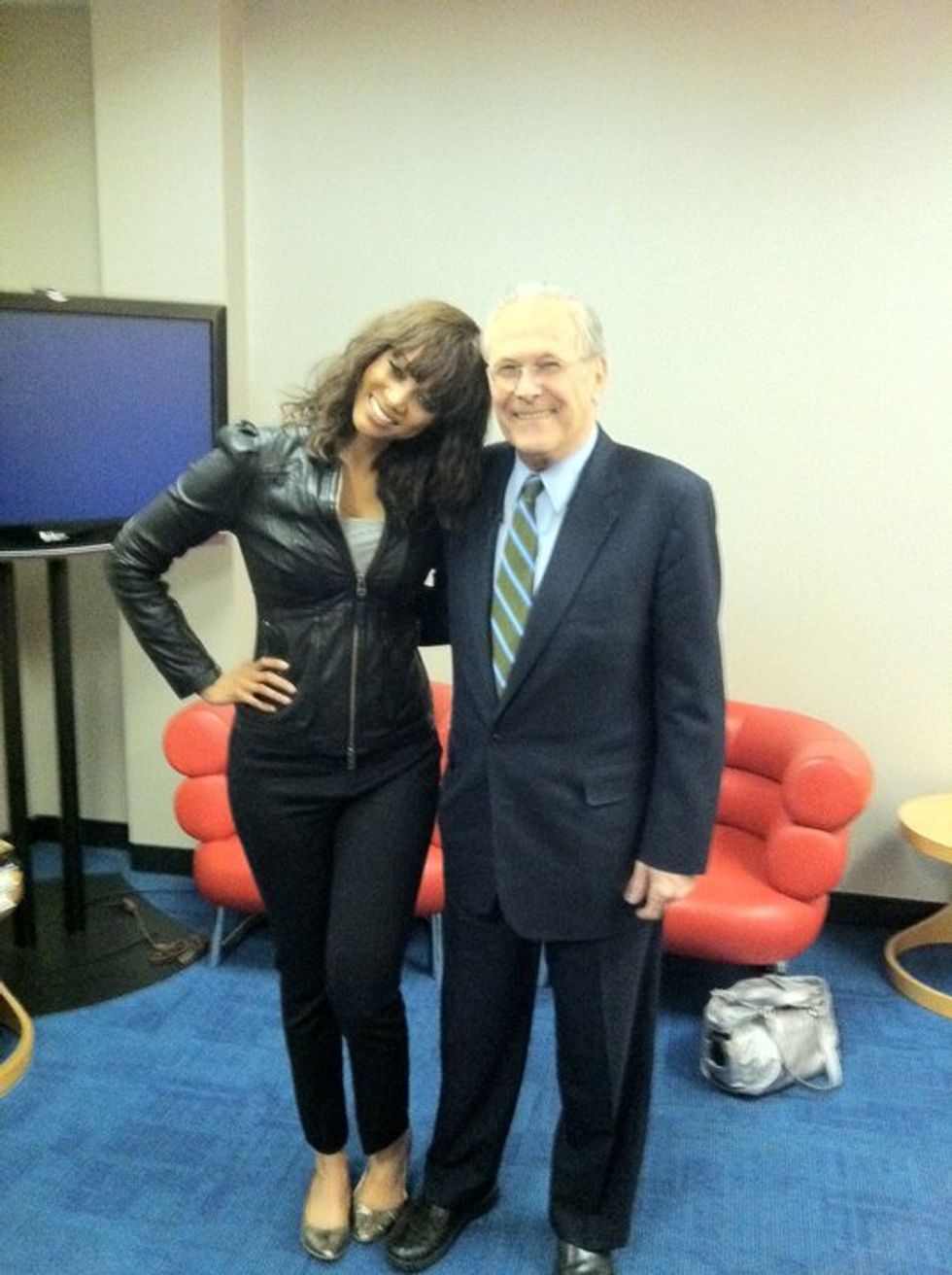 Donald Rumsfeld's long career of public service is over and now he, like any retired grandparent/war criminal,spends a lot of time on The Facebook. For example: "I met Tyra Banks last night in Hollywood. She probably wouldn't have to twist my arm to be a guest judge on America's Next Top Model." Yeah, Donald Rumsfeld made a career out of making poor decisions in the Middle East and torturing people, but his true love is FASHION. Also: "Believe it or not I just got an iPad. Now I need my 13 year old grandson to show me how to work it." But Donald Rumsefeld isn't just Fashion Grandpa. He is Fashion Grandpa With a Dark Past. So he's posted a weird video Saddam Hussein gave him as a gift.

It's not like Donald Rumsfeld has a little box stashed away of love letters and little knickknacks from his torrid affair with Saddam Hussein and knows the exact date of each item he received from him or anything. (This video: female soldiers biting off the heads off snakes as a crowd cheers. Umm, thanks, Saddam!)

Fashion Grandpa really loves meeting all his new friends on The Facebook. His goodness!

Rumsfeld also posts "Rumsfeld Rules" like he's a more masculine Confucius or something. Rumsfeld Rule: Wait at least 30 minutes after eating before you waterboard.

Laaaaaaadies! They love Fashion Grandpa, oh yeah. They love him in their vaginas.