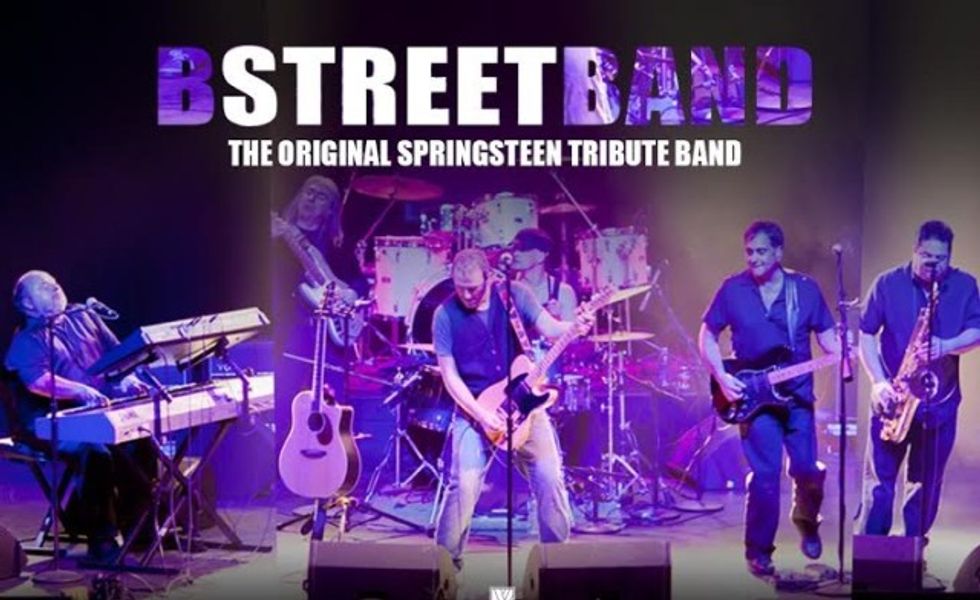 On Wednesday, reports emerged that Team Trump had snagged yet another highly sought after act for his inauguration ceremony -- AMERICA'S #1 BRUCE SPRINGSTEEN COVER BAND, "The B Street Band." Naturally, everyone was very impressed.

I mean, there are a lot of Bruce Springsteen cover bands out there, probably, and to get the number one Bruce Springsteen cover band in all of America is quite the coup! Although one wonders how that is going to work with The Reagan Years, the other cover band selected to play the festivities, which plays all covers of songs from the 1980s. There could be some drama. Not to mention the fact that Bruce Springsteen himself is probably annoyed as hell about all of this because he's quite liberal and really, really not into Republicans trying to co-opt his music for their nefarious purposes.

But is popularity everything? Surely, quality must count for something. My initial plan was to check out each band's cover of "I'm on Fire" -- which is really my only Springsteen jam -- but Tramps Like Us did not have one available on the YouTube, so I went with "Born To Run" because they all had one of those. Let us compare!

Perhaps I am not the best judge of this, given that I am not a big Springsteen person, but I think they all might be terrible? Yeah, I'm pretty sure there is no good way to judge this. Except by Twitter followers, in which case Bruce in the U.S.A is the clear winner. Sorry, B Street Band!

ANYWAY! The Trump Inauguration, which promises to be a very sensual affair, now has this band, the other cover band, some of the Rockettes, "military bands," the Mormon Tabernacle Choir, that America's Got Talent chick, Kid Rock and Ted Nugent. The Beach Boys have yet to respond, because apparently even Mike Love has a threshold of evil he won't cross.

If anything, this whole affair should really kill the whole idea Republicans have in their head about how mean liberals control the entertainment industry and won't ever let conservatives become famous singers and musicians or whatever. Because if that were true, the Trump camp could probably find tons of fabulous undiscovered conservative musicians who aren't in weird pre-fab wedding bands and willing to play his inauguration. Maybe, just maybe, it is their own damn fault for not pulling themselves up by their boot straps and going to their damn piano lessons as children.