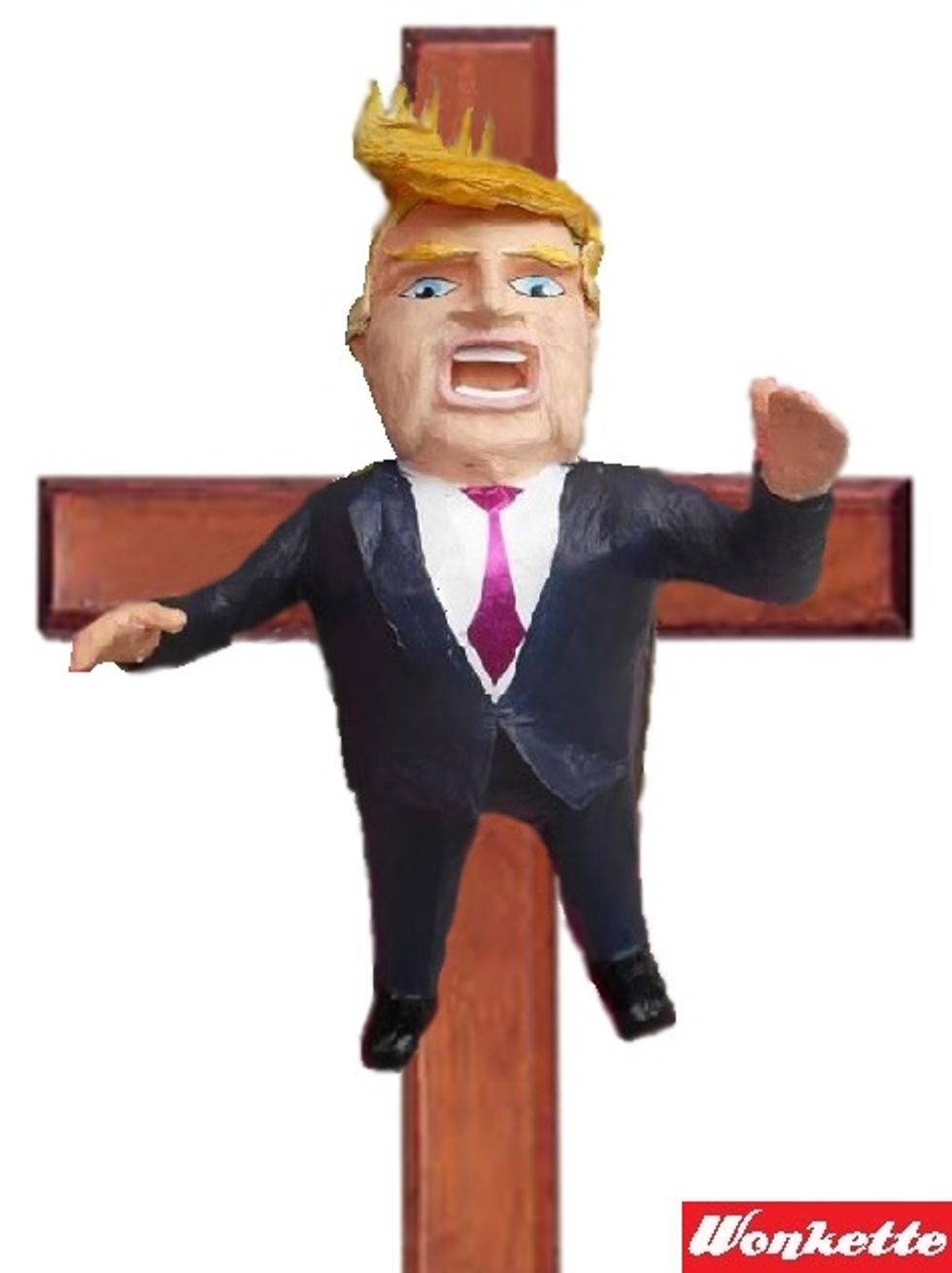 Donald Trump might be popular with the subliterate xenophobic chest-thumping jingoists of the Republican Party, but in the rest of the world, he's about as unwelcome as a Muslim in (LOL) Donald Trump's America. More than 360,000 Britainese signed a petition asking Parliament to ban Trump from their country, for "hate speech" and "unacceptable behavior." Although every single person in the entire United States of Britain agreed that oh yeah, Trump is definitely a hairpiece of shit scumbag, for now, he is still permitted to set his draft-deferring feet on British soil, if he must.

And now we have a statement from Israeli Prime Minister Benjamin Netanyahu, known the world around as one of the most vocal advocates for tolerance toward Muslims:

Trump had been planning to travel to Israel later this month, to do that weird thing Republicans like to do where they see the sights, thank Israeli leaders for supporting Judeo-Christian values, and then come on home to to tell everyone the big lessons they learned from their trip, like how "we" need to convert as many Jews as possible, so Jesus will hurry up and get here already.

Funny thing happened on the way to the El Al terminal, though, after Netanyahu publicly scolded and humiliated Donald Trump:

As you'd expect, Trump's explanation for "postponing" his trip until unicorns fart U.S. American dollars has nothing whatsoever to do with Benjamin freakin' Netanyahu calling Trump out for being whoa, dude, a little too harsh toward Muslims. It's just that Trump is real super busy right now with this election that two days ago he had no idea he'd be so busy with, and Trump can't multitask:

In an appearance on FOX News on Thursday, Trump said that he pulled the plug on the trip because he didn't want to put Netanyahu "under pressure."

"I didn't want to put him under pressure," he said. "I also did it because I'm in the midst of a very powerful campaign, that's going very well, and it was not that easy to do."

The prime minister is undoubtedly touched by Trump's concern for him -- though, what with being the prime minister of Israel, as well as a former member of the special forces in the Israeli Defense Army, in which he fought in damn near every war since Israel's founding, we figure he might be able to handle it. Trump, on the other hand ... well, we know he doesn't take criticism or disagreement well, so maybe it is best he wait until the day after never before he jets on over to the Holy Land for his photo-op.