Donald Trump Finally Right: The World Is Laughing At Us And Our Shithole President 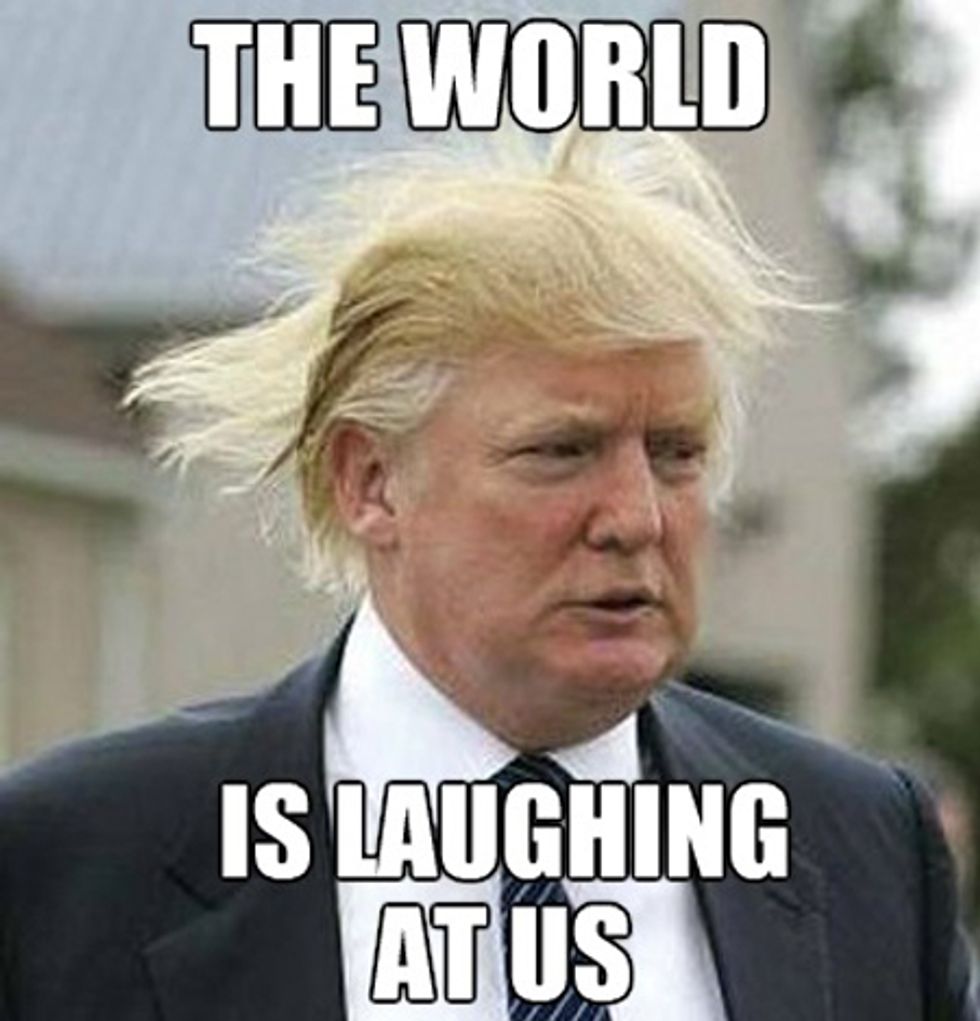 Strangely enough, possibly because the world is full of globalists who fail to watch Fox News and didn't even vote for Donald Trump, a whole bunch of foreigns are reacting to Donald Trump's comments about "shithole countries" as if he were a racist instead of merely an honest man who just calls 'em as he sees 'em. Maybe because he's so honest about being a racist.

"Shocking and shameful": comments from the President of the United States go "against universal values" according to @UNHumanRights spox Rupert Colville speaking in Geneva today pic.twitter.com/a5D6v4E4mg