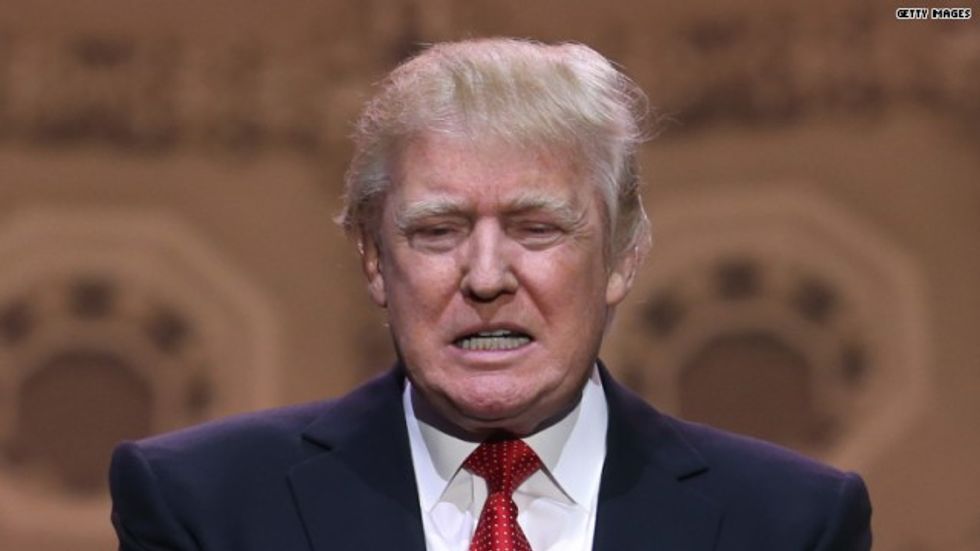 Clearly not a fence

We are having ourselves a glorious time watching Donald Trump beat the ever-lovin' guano out of "low energy" weak-ass whimpering coward man-child Jeb Bush, are we not? It's enough to make you almost feel sorry for poor Jeb, who has proven that he is so jaw-dropping terrible at running for president, we have collectively agreed that drooling idiot Big Brother Dubya, who sometimes forgets to chew his food before he swallows it, is the smart one after all.

It is such a delicious thing to observe, this total and complete emasculating of Jeb! -- who, we were misled to believe, was going to be a Serious Presidential Candidate, but is instead the laugh-line butt of Trump's stump speech -- that we are reluctant to take Jeb's side on, well, anything. However and alas, Donald Trump leaves us no choice.

After Jeb made the obligatory pit stop at the southern border to observe that yep, there is our arbitrarily defined border, and wow, what a border it is, Bush said "the proposal made by another candidate of building a fence … doesn’t work. You have to have a much deeper strategy." Bush also called Trump's Big Beautiful Trump Wall plan "unrealistic," which in Very Serious Journamalism circles counts as Bush "punching back" even though, given that Trump is on the trail constantly calling Jeb Bush a boring lazy pussy, Jeb's response is more like making a frowny face in Trump's general direction.

Ah, but that's not the point. The point is Trump's response:

Good sick burn, Trump! Don't forget to humiliate this loser dummy on the fence-wall distinction while you're at it:

Nobody can build a fence like me, David, you know that. I built great buildings all over the world. There’s nobody can build a fence. And I would have Mexico pay for it, believe me. They will pay for it because they have really ripped this country off. They have really taken advantage of us, both economically and at the border. They will pay for that fence.

Three guesses who said that, way back in May, though you are all really terrific people, very nice people, brilliant, just brilliant, so you'll probably only need the one.