Donald Trump Hires Breitbart Dude To Fix Campaign, So He Can Win EVEN MORE 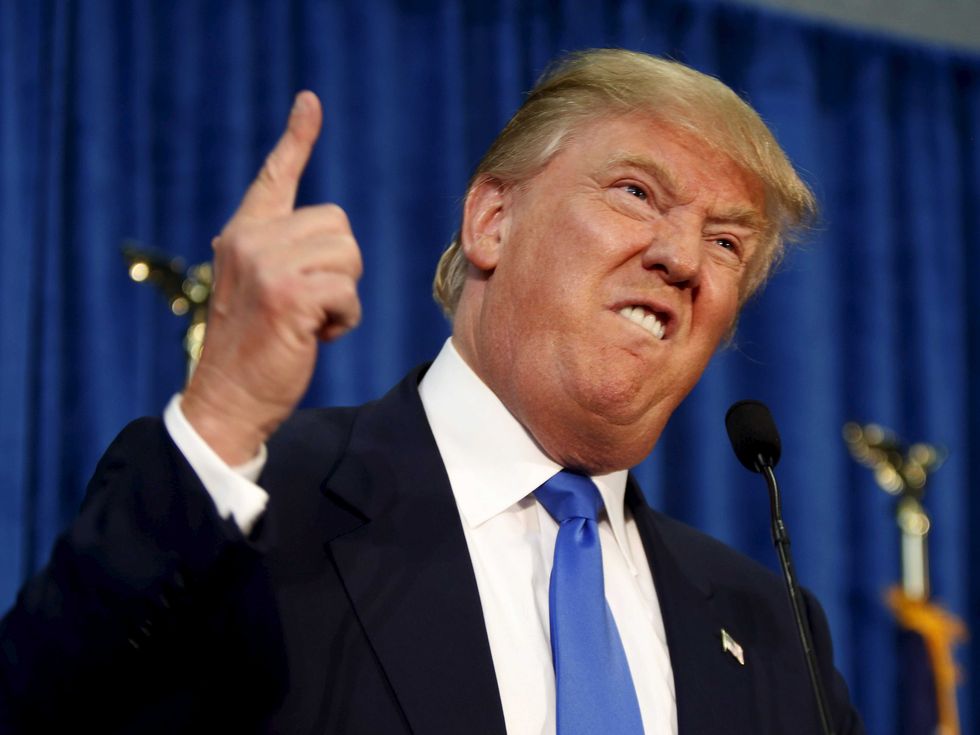 Good morning, America, there is big sexciting news in the Donald Trump campaign for US American president! Trump has announced some new hires, and OOH AND AAH, Hillary must be shaking in her boots, because the new chief executive of Trump's campaign is a dicknose exec from Dead Breitbart!

Republican presidential candidate Donald Trump is bringing two new managers to the top of his campaign in a bid to recover ground he has lost in recent weeks.

Oh, how wonderful! Breitbart, as we all know, is the paragon of serious internet journalism, and the entire site likes to eat Donald Trump's taint for breakfast, lunch and dinner, so Bannon is sure to bring the gravitas the Trump campaign has so long been lacking! Conway, for her part, is an ex-Ted Cruz Chick, but from what we can tell, she'll work for anybody who offers her dollars for her brilliant political strategist skills. She was a consultant for Todd "Legitimate Rape" Akin in Missouri, who compared Akin to David Koresh IN A GOOD WAY. Like we said, ANY OLD BODY who gives her dollars. Or maybe she really believes shit like "David Koresh was cool" and "Donald Trump should be president," in which case she is motherfucking CRAY-CRAY.

When you add this to the news that ALLEGEDLY gross nasty sexual harasser and fun-employed former Fox News chief Roger Ailes is going to help Trump prep for debates, we smell WINNING IN NOVEMBER. (For Hillary Rodham Clinton.)

[wonkbar]<a href="http://wonkette.com/605566/fox-friends-idiots-discover-wonderful-new-app-that-says-donald-trump-already-president"></a>[/wonkbar]But gosh, why is this shake-up happening right now? Aren't things already going really good for the campaign, according to the unskewed polls and the Zip app, which don't have the liberal bias of real polls? Nah, actually, they aren't. And people have been encouraging Trump to "pivot" and change his tactics, to campaign like a grown-up, to learn to at least PRETEND his hands are more than four inches long, but the truth is this is just more doubling down:

[Aides said] that Trump has felt “controlled” and “boxed in” by staffers urging him to tone down his rhetoric and pivot towards a general election audience. [...]

But the notoriously blustery real estate mogul has shrugged off these efforts, continuing to get in trouble for off-the-cuff comments like his claim that “Second Amendment people” could keep Hillary Clinton from appointing liberal Supreme Court justices. As his poll numbers in national surveys and battleground states have fallen, Trump has expressed a wish to return to the kind of combative campaign that fueled his success in the Republican primary. [...]

With the new hires, Trump has signaled that he plans to fully embrace the no-holds-barred style he relied on in the primary.

This is really good news for Hillary Clinton.

[wonkbar]<a href="http://wonkette.com/605518/did-trump-campaign-manager-paul-manafort-get-buttloads-of-money-from-ukrainian-dictator-maybe"></a>[/wonkbar]This news also seems to signal a sidelining of Trump campaign chair Paul Manafort, who had been trying to set the campaign right and sort of control Trump, but who has also lately been under fire for MAYBE taking lots of money from a Ukrainian dictator in his capacity as a lobbyist, and MAYBE failing to disclose moneys he received from foreign dictators, which means MAYBE he will go to jail. COULD HAPPEN!

But don't worry, all you Paul Manafort fangirls out there, because he is staying in his role as chairman! The Trump campaign says everything will continue like normal, but that might be a total lie and they just need somebody to do Chris Christie's job of picking up Happy Meals for everybody, now that the Trump camp has closed up shop in New Jersey. We just hope Manafort doesn't accidentally bring them ILLEGAL UKRAINIAN HAPPY MEALS.

Everything had been kind of quiet this week on the Trump front, with news that he hasn't spent dick on TV advertising, while meanwhile Hillary is paying for TV advertising in all the places, because at this point it seems like she could potentially win ALL THE PLACES. But now Trump has his new Dream Team in place, he's starting advertising on Friday, and all just in time for the Olympics to wrap up so we can get the fall primetime season going! Er, presidential campaign. Or whatever the fuck it is.

Anycrap, are you guys ready to get out there and Make America Great Again, now that Trump has fully restored our confidence with these sexxxy new hires? We sure are, ayup, you betcha!