Donald Trump Is Gonna Make Our National Debt So Huge, It'll Be Unbelievable 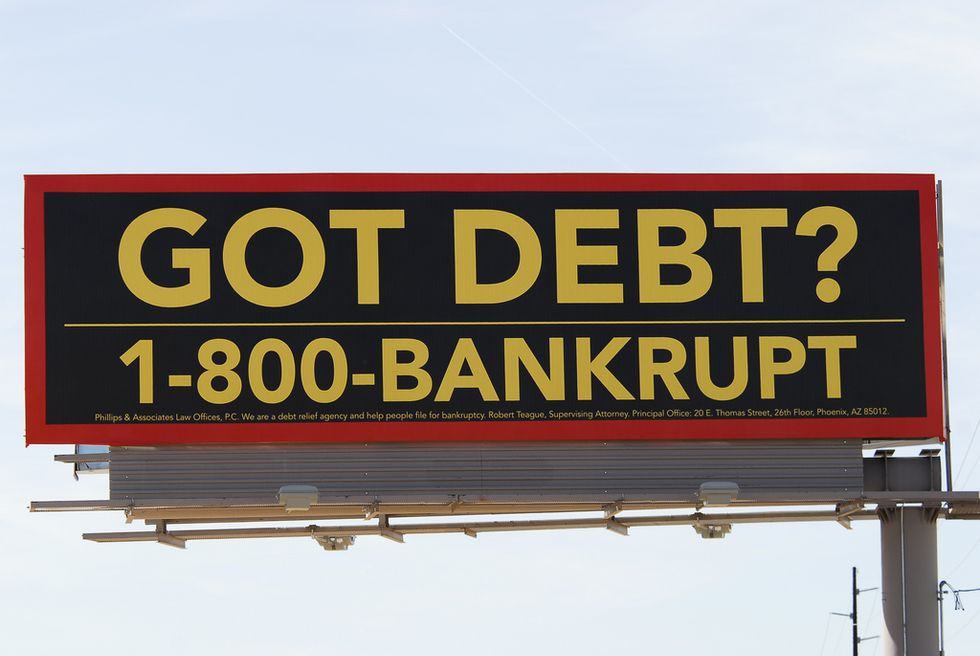 Today in completely unsurprising news, yet another study by yet another bipartisan group has found that Donald Trump's economic plan will result in trillions and trillions of economic debt! Oh gee, who would have thought?

By contrast, the Committee says that Clinton's proposals would increase the national debt by $200 billion, which is a lot less than $5.3 trillion! Like, a whole lot less. Also her proposals will actually help people, so there is that.

Now, the Trump campaign says that these studies -- all of them, we guess -- don't take into account the fabulous economic growth that is going to happen, which will result in an increase in tax revenue. According to the committee, that is not actually true.

When Trump introduced his economic plan last week, he vowed that his tax cuts would be paid for partly by triggering record economic growth. The committee was skeptical and presumed these steps would generate no new growth. Several economists have projected that Trump's economic agenda — especially his restrictions on immigration and trade — would slow economic growth and possibly cause a recession.

Trump has also proposed a sharp increase in spending on the military and veterans. He has proposed some spending cuts, but the committee calculated they wouldn't come close to balancing the budget.

Trump's economic advisor, Peter Navarro, explains that "No tax cut would ever make sense from a purely budgetary perspective in a static world," Navarro said. "It's even sillier for this group to ignore the trade, regulatory, and energy policy reforms that provide positive revenue offsets in the trillions of dollars."

Of course, the problem there is that if you make everyone sick by getting rid of safety regulations and fracking anywhere you goddamned please, there's gonna be no one out there generating that revenue! We will all be too busy vomiting.

Then there's the fact that the only jobs Trump is even promising are minimum wage jobs. He is promising the jobs that illegal immigrants currently have. He's promising to bring back manufacturing jobs from China, and on the off-chance that happens, will pay minimum wage. They will not pay what they used to, because we don't have strong unions anymore.

As far as I know, almost no one currently has a problem obtaining a minimum-wage job. The problem is not a lack of minimum wage jobs or close-to minimum wage jobs, it is a lack of jobs that people can actually support themselves on. We need to make the low-wage jobs that are currently available pay more, and that's not going to happen with a President who supports Right-To-Work.

Trump also supports eliminating the estate tax, which will result in the distribution of wealth in this country being even more out of balance than it currently is -- and nearly all of the money will be in the hands of celebutantes who have no need to create jobs or do any innovation or anything other than occasionally being celebrity DJs and having their own reality shows.

He also wants to cut taxes for the wealthy -- so basically we're gonna have a situation where the only people who actually have any money are not going to be contributing all that much to our tax revenue, while Trump throws piles of our tax money at his dream of deporting people and on the military!