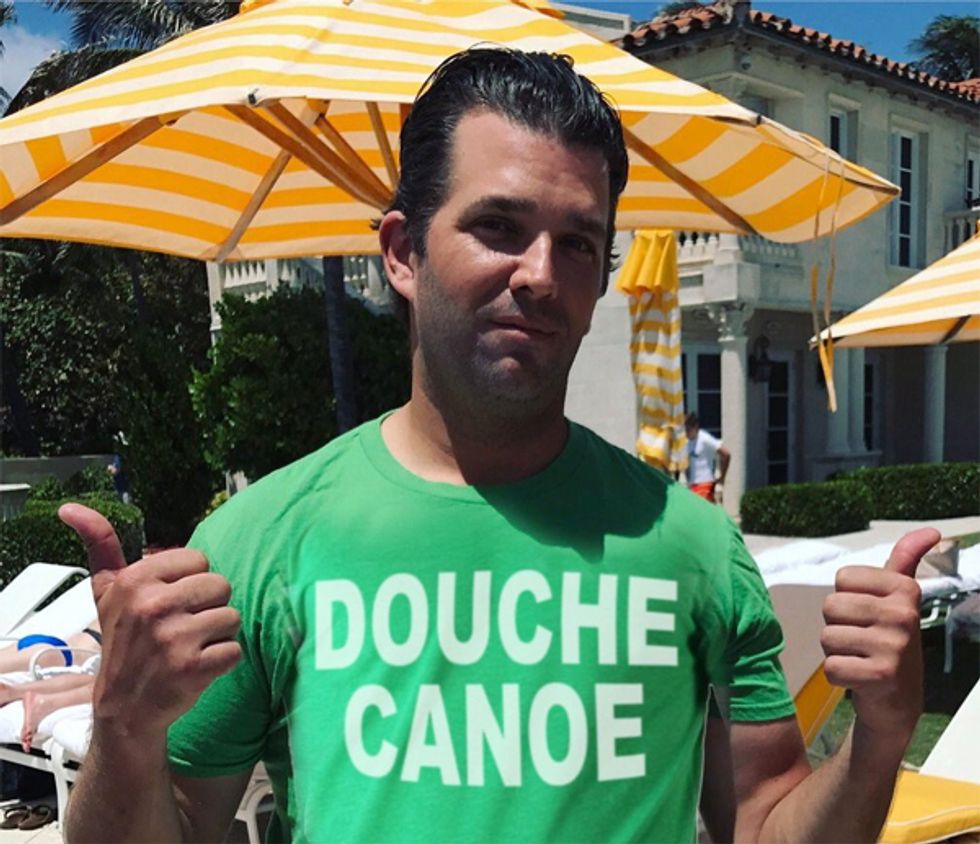 So Donald Trump Jr. got on the Tweeters today to celebrate a real landmark, and to castigate the hypocrisy of the fake news liberal fake media liberal cultural marxist fake media for not recognizing an AMAZING ACHIEVEMENT by a Republican woman, because double-standards and sexism:

Ah, nothing more appealing than a sore winner. As the party poopers at The Hill point out,

Handel is not breaking a glass ceiling in that Georgia has sent several women to Congress. But she is the first Republican from Georgia to be elected to Congress.

And the New York Times went into Full Fact-Check Mode:

Georgia first sent a woman, Rebecca Latimer Felton, to Congress in 1922. A political activist, writer, suffragist and the first female Senator, Mrs. Felton was appointed to fill a vacancy by a governor who supported the 19th Amendment. She served just a day, giving her the distinction of also having the shortest term of service.

According to her Senate biography, she concluded her only Senate speech with a nod to gender equality. “When the women of the country come in and sit with you,” she said, “you will get ability, you will get integrity of purpose, you will get exalted patriotism, and you will get unstinted usefulness."

Now, if you're talking about "Rep" as in the House of them, then the first would have been Florence Reville Gibbs, who won a special election to replace her husband after he died. The first Georgia woman elected to the House in her own right was Helen Douglas Mankin, in 1946. After that, there were three others, Iris Faircloth Blitch (for whom junior high could not have been fun) in 1955, Cynthia McKinney in 1993 (also Georgia's first black woman representative) and Denise Majette in 2003.

Besides, we aren't quite sure why Trump is acting so aggrieved -- virtually every major newspaper and TV network story on Handel mentioned that she is indeed the first Republican woman elected to the House. It's not exactly something they hid.

Yeah, we know, this is really about your resentment of Hillary, isn't it?

So sure, Donnie, maybe for Republican women it was a glass ceiling, because Georgia Republicans couldn't bring themselves to elect a woman until decades after it had become routine for Democrats. Heck, maybe Georgia Republicans should have waited a few more decades, to make the achievement all the more remarkable. We don't know that anyone really needs to celebrate what a terrific job Georgia did of catching up a little.

What we're saying is that when Republican women break glass ceilings, most won't even mess up their bouffant hairdos, because the Democratic women were the ones who actually smashed the glass with their faces.

Yr Wonkette relies on reader donations to keep a ceiling over our heads. Please click the "Donate" clicky for to give us money!