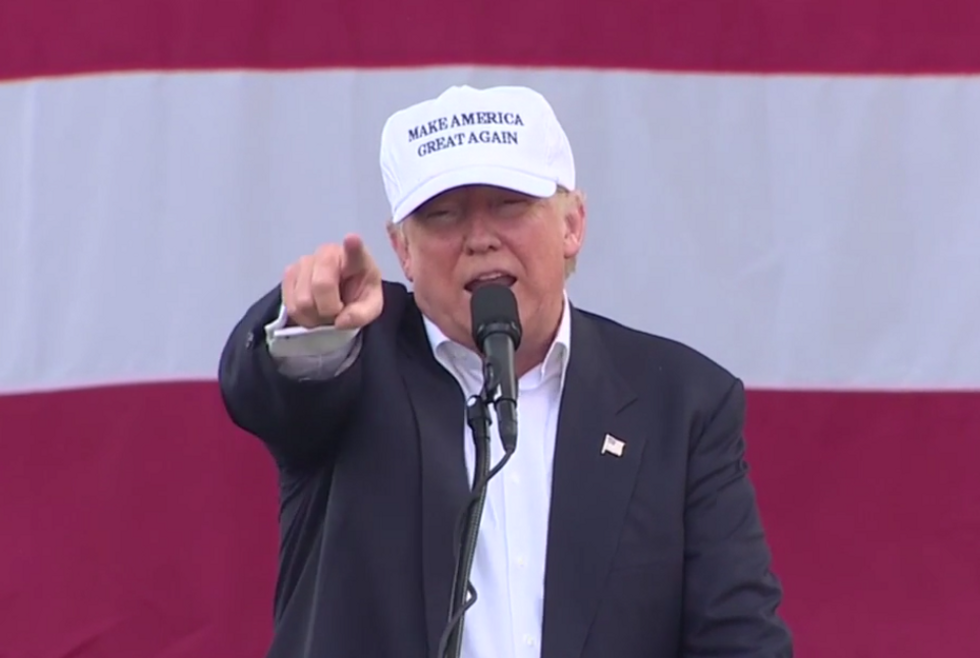 At a Trump rally in Miami today, Donald Trump noted in his casual, well-spoken way that his crowds right now are YOOGE, which means all the polls are wrong and dang that goshdarn media for not reporting it! He especially wanted to let MSNBC's Katy Tur, who has the AWFUL task of following the Trump campaign around US America and getting heckled by his turd-ass supporters for being a member of the lamestream Jew World Order media, know that something is happening. Something big. So during his rally, he 'splained it to her from the stage: