Donald Trump *Might Not* Be The Master Of One-Dimensional Chess He Seems! 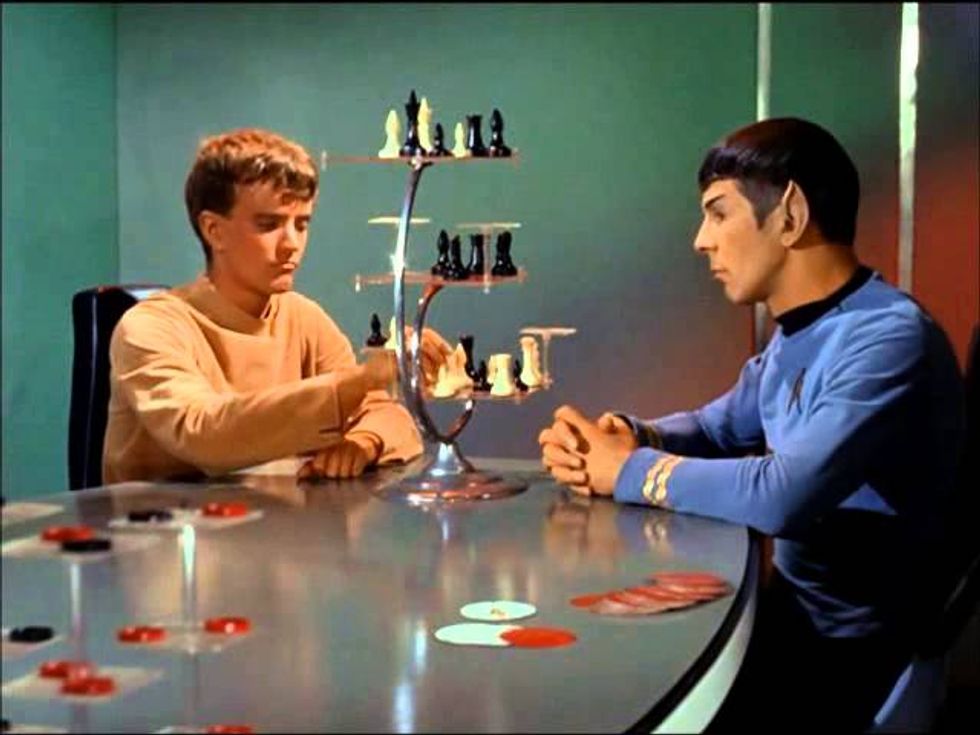 Fascinating move, Jared. And you say this will ultimately help you refinance 666 Fifth Avenue?

After Donald Trump announced he would pardon convicted felon Dinesh D'Souza, and said he's kicking around the idea of pardoning two other famous people, Rod Blagojevic and Martha Stewart, a lot of people came to the perfectly reasonable conclusion that Trump was sending a message to Paul Manafort and Michael Cohen (along with innumerable others): Stay strong, and even if you get convicted, you'll get a pardon and no jail time. Hell, with the D'Souza example, the message goes farther: Even if you plead guilty, you can still get a pardon, are you listening Michael Flynn?

It seems perfectly obvious, but then we read this Buzzfeed piece in which a whole bunch of people discussed Trump's motives, and we are perhaps a little less certain. While it's still perfectly valid to say the D'Souza pardon sends a message, several of the people Buzzfeed interviewed didn't think Trump is actually capable of thinking that strategically. He has low cunning, but it mostly extends to making shit up or glomming on to someone else's lies; anything that will justify whatever selfish impulses really motivates him. Rudy Giuliani, of course, said he hadn't advised Trump on the matter, but also added that he very definitely agreed with the great man. Trump's own explanation, of course, is probably nonsense:

“I don’t know him, I never met him, I called him last night, first time I’ve ever spoken to him,” Trump said, according to White House pool reports. “I said, ‘I’m pardoning you.’ Nobody asked me to do it.”

“I’ve always felt he was very unfairly treated,” the president explained. “And a lot of people did, a lot of people did. What should have been a quick minor fine, like everybody else with the election stuff…. What they did to him was horrible.”

Yes, Donald Trump, who has never mentioned Dinesh D'Souza before, has been following the case closely and has strong thoughts about it. We find that perfectly convincing.

ShareBlue's Eric Boehlert heard that explanation and said, yeah, not likely. But maybe it was a good way to strike back in the Forever Culture War:

Trump was angry, felt powerless and was looking at way to 'troll liberals.' Dinesh idea had probably been sitting around for months so pulled the trigger https://t.co/skoFnex3bF

it doesn't even appear that anyone lobbied for pardon.

Boehlert appears to be wrong about there not being any lobbying, however -- D'Souza told Tucker Carlson's Home For Nervous White People Who Sometimes Like Boobie Pics (EXCLUSIVE! -ly) that fellow simpering lickspittle Ted Cruz had floated the idea to him over dinner a month or so ago. During the meal, possibly while the men were sharing tips on smug, self-satisfied smirks,

the senator made clear he would push for a pardon during his conversations with President Donald Trump. D’Souza said he then received a call in recent days from Cruz, who told him Trump was very receptive to the pardon and that action could be coming imminently.

D’Souza took care to note that he did not push for a pardon or join any petitions circulating online because he thought it would be “unseemly” and because he was not a “Trumpster” during the Republican presidential primary campaign.

So there's your inside story, and isn't it nice of convicted felon Dinesh D'Souza to clarify that Donald Trump was lying when he said he came up with the idea of pardoning D'Souza all on his own without anyone asking him to do it?

As to the idea that this was intended to send a message, this quote from a "former White House official" certainly seems to suggest that may not have been the main motive, if it was a motive at all:

A former White House official echoed that, saying he doubts "there's any grand strategic reasoning behind this play," adding that the D’Souza pardon likely came out of a conversation with a Fox News personality like Sean Hannity or Judge Jeanine. Blagojevich’s wife personally made the case for pardoning her husband on Tucker Carlson’s Fox News show last month.

The former official said he doesn't think Trump is playing "the sort of three-dimensional chess people ascribe to decisions like this. More often than not he's just eating the pieces."

That has the ring of truth to it, no?

A current White House aide said Trump had no deeper motivation than Owning The Libs:

"President Trump has once again shown that there is no one better at masterfully spinning up the left and trolling the entire press corps," the official said.

Then again, there's no reason it can't be both a pardon for the sake of pissing off liberals -- always an excellent use of the power of the federal government -- and also a not terribly subtle reminder that lots and lots of crimes can be pardoned for people who protect Donald Trump:

On top of that, just think how pardoning all his co-conspirators would REALLY piss off the liberals. Is America a great country, or what?