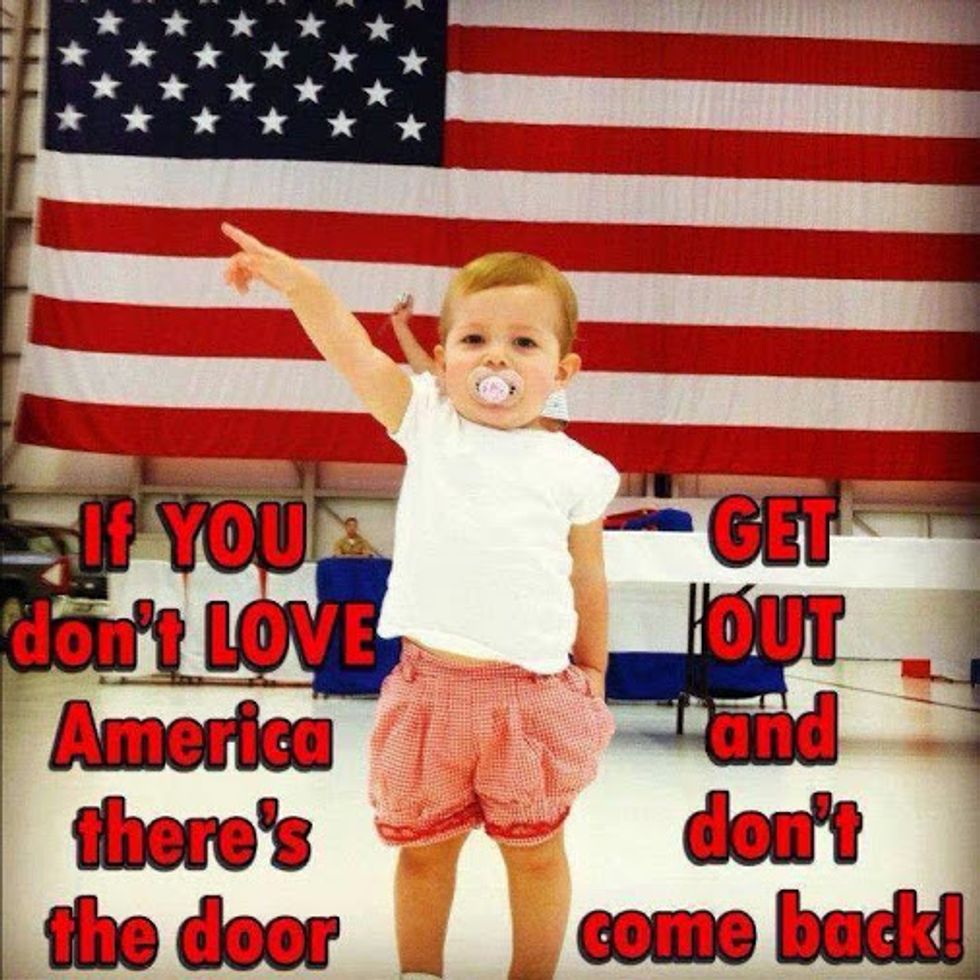 You have the right to free speech as long as you're not dumb enough to actually try it.

Well thank goodness Donald Trump has finally figured out what he thinks about San Francisco 49ers quarterback Colin Kaepernick's decision to remain seated during the National Anthem (Journey's "Don't Stop Believin'") during preseason f'ball games. He does not like it. Nossir, doesn't like it one bit.

Kaepernick set off the sensitive feels of millions of patriots who don't give a lick for political correctness by saying these things that were offensive to them:

"I am not going to stand up to show pride in a flag for a country that oppresses black people and people of color," Kaepernick told NFL Media after Friday's game. "To me, this is bigger than football and it would be selfish on my part to look the other way. There are bodies in the street and people getting paid leave and getting away with murder."

He added that when America was discernibly less racist, he might start standing for the anthem again. The backlash was swift and heatedly patriotic, with people burning replica jerseys, calling Kaepernick a traitor, and insisting he should be fired, deported, or perhaps traded to ISIS before the season begins.

Needless to say, Actual Republican Presidential Nominee Donald Trump (sometimes we spell that out just to remind ourselves it is a fact and not some horrible dream) had thoughts on the matter, explaining that Kaepernick can certainly leave the Greatest Country In The History Of The World if he has a problem with it: