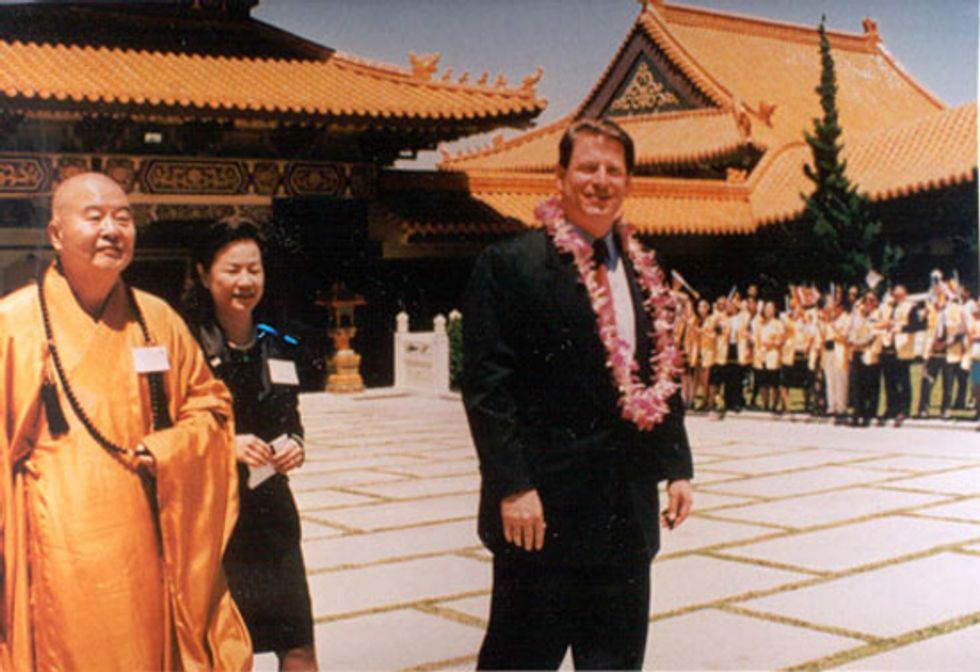 In 20 years, nobody will remember this.

Oh look, there goes Donald Trump's campaign acting like complete morans again! Over the past couple days, the Trumpers have sent desperate fundraising emails to members of several foreign parliaments, who not only don't care for having their inboxes spammed but really don't like being spammed by an American politician to whom it would be illegal for them to actually send a donation. The stories started when Scottish MP Natalie McGarry complained on Twitter about solicitations sent under the name of Trump's son, Donald Jr., asking her to please please please help his dad stop "Crooked Hillary." McGarry was Not Amused:

Then other members of the Scottish parliament started saying they'd gotten fundraising emails from the Trump campaign, too. We have to say, we like Scottish tweeters!

Pretty soon, a whole Magical Mystery Tour of Scottish and then English MPs said they'd received multiple emails from the Trump campaign, and what's all this then, definitely not cricket, I say, harrumph. A Conservative MP, Sir Roger Gale, complained to the Speaker of the House of Commons,

Members of Parliament are being bombarded by electronic communications from Team Trump on behalf of somebody called Donald Trump.

Mr Speaker, I’m all in favour of free speech but I don’t see why colleagues on either side of the House should be subjected to intemperate spam.

Intemperate spam is even worse than spam egg sausage and spam, not to mention strawberry tart without so much rat in it. Speaker John Bercow sympathized -- or sympathised -- ever so Britishly:

May I commiserate with the Honourable Gentleman who has undergone as far as I can tell an irritating and some might think exceptionally tedious experience...

He promised to get I.T. help for any parliament members who wanted to block spam from this intemperate Trump fellow. Have they tried turning it off and on again?

Things quickly escalated, as it became clear late Tuesday that TrumpSpam had also been sent to every single member of Iceland's parliament, too. All of which is possibly (probably?) illegal: not only are foreigners forbidden from donating to American campaigns, federal election law also

prohibits knowingly soliciting, accepting or receiving contributions or donations from foreign nationals. In this context, "knowingly" means that a person:

Yr Wonkette is not a federal election lawyer, so we're not sure whether one of those parliamentarians would have had to send money to Trump for an actual violation to occur, but we welcome informed speculation on the finer points of that question in the comments. Or we would, if Wonkette allowed comments.

Josh Marshall At Talking Points Memo has been right on top of this, and said Wednesday he'd confirmed the Trump campaign had also sent fundraising emails to every member of the Australian and Danish parliaments; he's also had unconfirmed reports of solicitations sent to Canadian MPs.

So what the hell is going on? Marshall quickly shot down one guess we'd seen mentioned on the teevee: This is far too many emails to be the work of even really good pranksters or trolls.

But this seems far too systematic for that. It does appear to be every member of each parliament. You'd need to collect each email and then manually add them in on the Trump website, somehow get them to confirm the opt-in confirmation email. It's too complicated.

Marshall's conclusion could have come straight from a horror movie: "These are lists that were almost certainly added from within the campaign."

For God's sake, get out! We also have no problem at all with the possibility that the walls of Trump's campaign HQ in Trump Tower literally ooze blood from their whatevers. Somebody needs to scan the whole place with a P.K.E. meter, because we'd bet there's a large and moving Torg roaming around the place.

The only plausible answer seems to be that the Trump campaign either dealt with a sloppy or disreputable list broker or was so desperate after its horrible May FEC report was released that it went to a broker and just said they wanted every list and they'd sort it all out later. I confess that both scenarios seem a little farfetched. But some version of one of them basically had to happen, unless there's a prankster actually inside the campaign.

To give another example, I heard this morning from a Democratic Senate Chief of Staff who also got the emails. Folks like that get fundraising emails from everyone under the sun. No surprise. But he told me he never gets them at his senate.gov email. And it's obvious why. You're not allowed to do that and it's the easiest thing in the world to scrub a list of all the .gov addresses.

The Donald Trump campaign has close to NO MONEYS on hand. How can this have happened to the businessman who wrote 'The Art Of The Deal'?

So fine, no actual ectoplasm, since the Trump campaign is already quite slimy -- and incompetent -- enough to account for such monumental fuckups. Marshall suggests the possibly illegal tactic was born of sloppiness and desperation: Since Trump had such pathetic May fundraising, maybe the campaign simply bought a bunch of email lists and hit "send" without even a cursory attempt to check where they were going, because they absolutely positively must have better numbers by midnight Thursday, and not because Trump will turn back into a pumpkin (a possibility we haven't ruled out):

Why? Because the June fundraising report will drop in late July, right during the GOP convention. If it looks as ridiculous as the last one, that will be a big problem.

And then there's the thing not many people are talking about: Can you imagine the reaction if Hillary Clinton's campaign pulled something like this? Not that they'd be likely to be that stupid, because they know how to run a campaign. With Trump, of course, the chances of pure pig ignorance and casual indifference to the law are equal and intertwined.

The one thing we would believe about Donald Trump, however, is that he's deliberately clueless about the details of how his own campaign operates. Anything that's not a poll number, a balance sheet, or an opportunity for self-promotion is beneath his notice. Hey, have you seen the beautiful suites in that lighthouse?