Donald Trump Uses Term 'Joke Candidate' Without Referring To Self 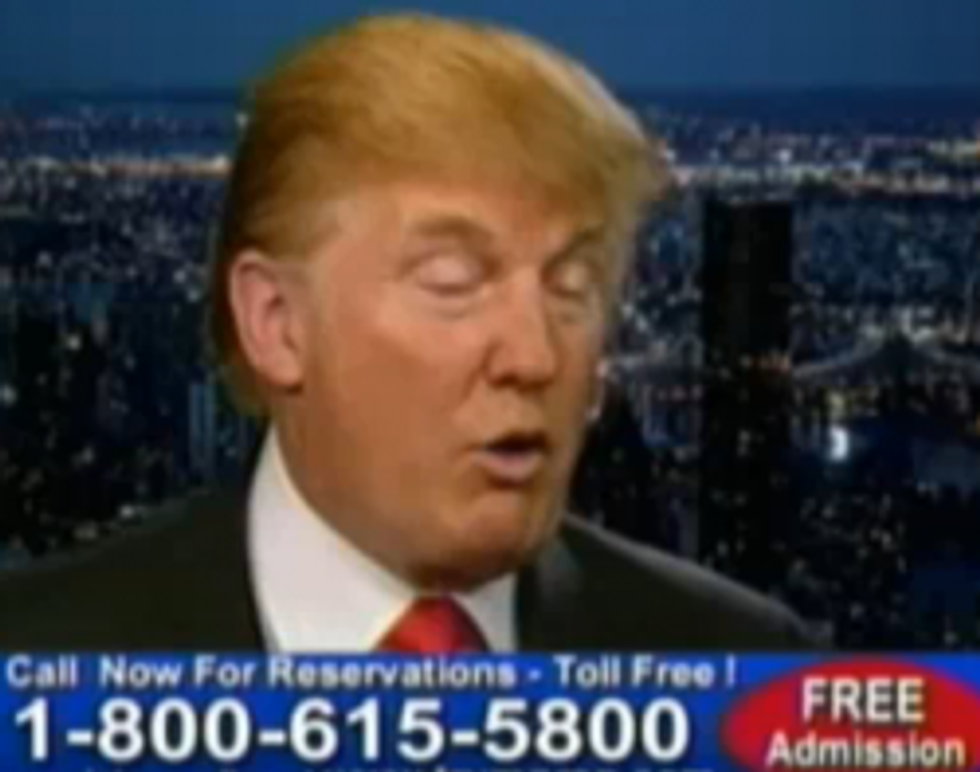 The mediaseemsto bereporting again that pissy jaundiced toddler Donald Trump has "announced" he is still considering a presidential bid as an independent, a thing he has been doing every couple of weeks ever since he dropped out of the Republican race in order to keep his awful teevee show. Why have the droll rantings of a vile charlatan once more been plucked from the ocean of political background noise to become "headline worthy?" Ha ha, the answer to that is probably a depressing doctoral thesis on American media, but for the moment let's just say it's because Donald Trump, cheap talking wig stand, is bizarrely accusing Ron Paul of being a "joke candidate" for possessing enough dignity to refuse to participate in Trump's joke Republican debate.

There's also a nice bit of tragicomedy in the idea that most of the GOP field is stacked sloppy with dupes who are so desperate that they would allow a potential rival third-party candidate to leverage a free commercial for himself as the mocking moderator of yet another one of their pointless debates, but any rate here is Donald Trump's yammering on Fox and Friends via the Hill as he so earnestly works to fill the Herman Cain comedy void:

So Ron Paul will not get Donald Trump's endorsement! Which is good for Ron Paul, since today's NBC News/Marist poll shows that a Trump endorsement is more likely to make Americans hate you more than ever. [The Hill]