Donald Trump Tries To Be Humble, And It's Worse Than You Thought 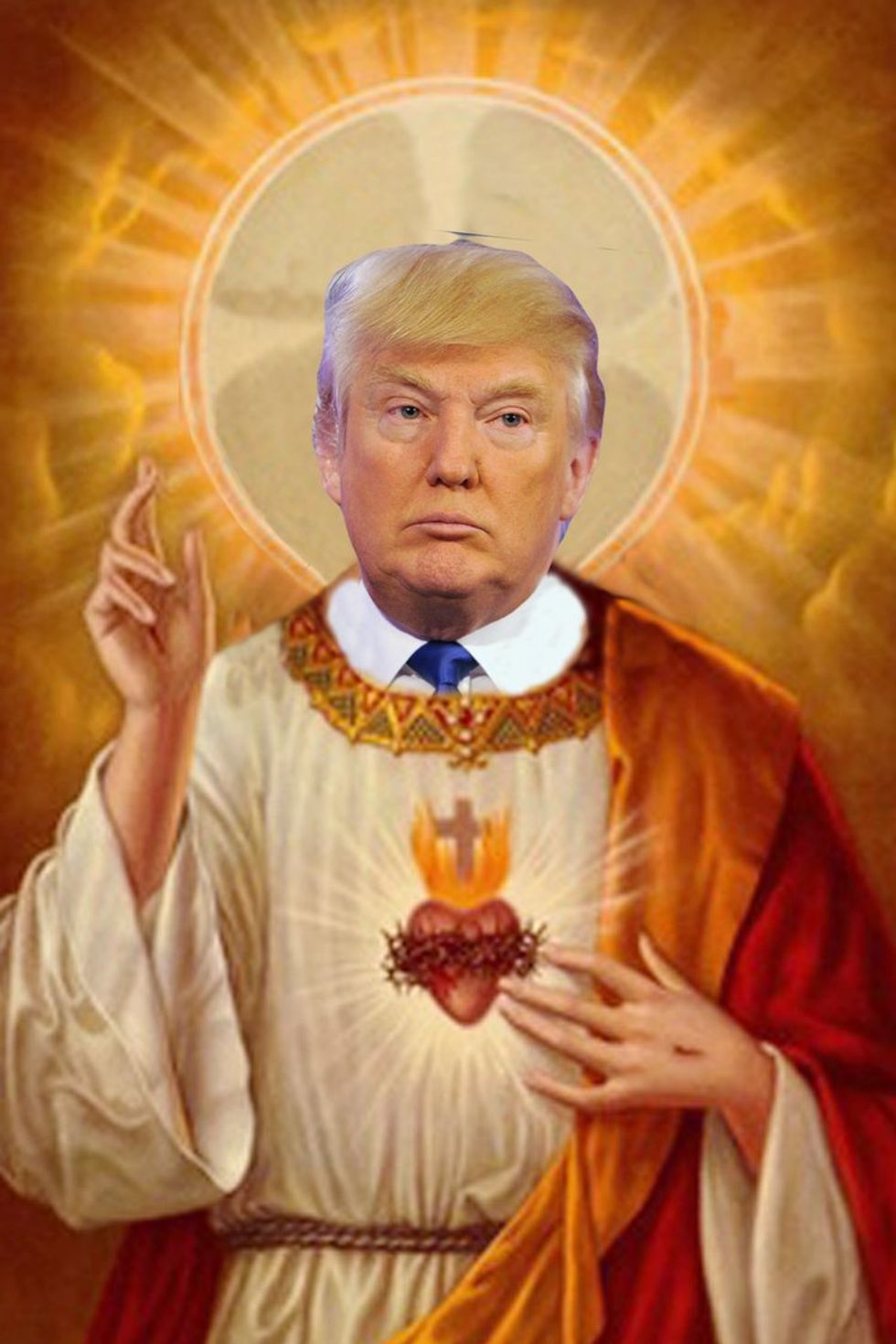 Two nights ago, Omar Mateen drove from his home in Port St. Lucie to Pulse, a gay nightclub in Orlando, Florida. There, after keeping them hostage for hours, he slaughtered more than 50 people. Omar Mateen had pledged allegiance to ISIS directly before the mass murder he perpetrated; he was reportedly on the terror watch list, which did not preclude him from buying guns legally; he had also -- relevantly! -- been flipping his shit about gay people for a long, long time.

Donald Trump had thoughts about this. At first, they were pretty anodyne thoughts!

You, in tweeting those words, would not have been gearing up for the next tweet:

Near-universal condemnation followed, of course, as it does most times Donald Trump puts his stubby fingers to his keyboard. People called it the worst thing any presidential candidate has ever said, forgetting all the other things Donald Trump has ever said. But they failed to note something in their outrage at the narcissist who was making the worst American slaughter in decades all about him: they failed to note that was him being humble.

"No no," he is saying, "don't congratulate me! Stop telling me I'm the smartest, and the handsomest, and have the biggest dick! I only want what is right for this country, it is all I have ever wanted, nobody cares more about what is right for the country but me except when that meant not profiting off the housing crash, and not scamming people on disability, and not smashing the Art Deco sculptures I'd promised to the Metropolitan like I am the Taliban. Other than those things, and my call to not pay back old people who'd invested in America, and every other policy position I have ever taken and then taken back, I just want to keep America strong. I will do this with my special incantation:"

Donald Trump is even worse at being humble than he is at being a father, a husband, a Christian, and a guy who can take a joke.

Luckily, Hillary Clinton is going to be president, so at least we probably won't nuke Dearborn to save it. Yet.