Donald Trump Will Repeal Obamacare, Replace It With Terrific Fence 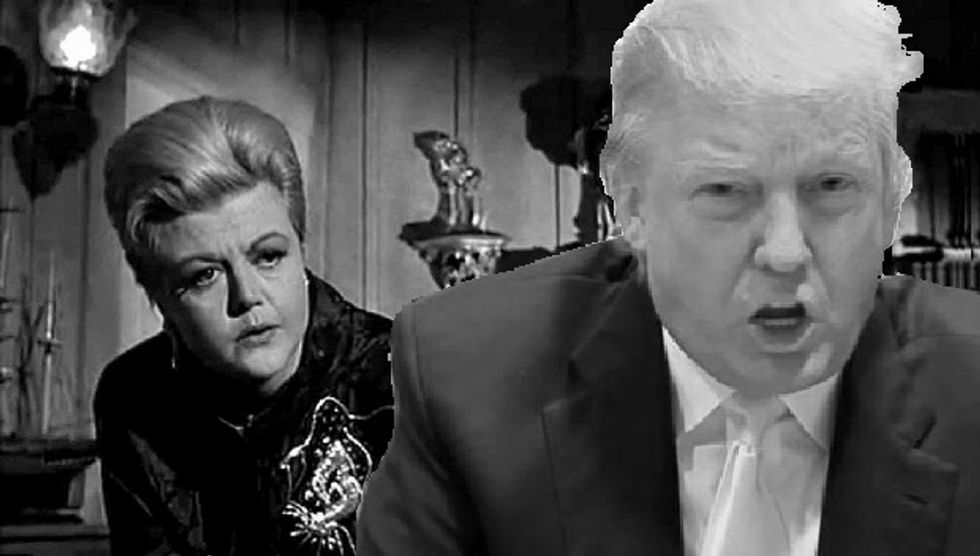 Donald Trump has the YOOGEST, CLASSIEST plan ever to replace Obamacare, and it's going to be so incredible, it will probably blow his already-perfect plans for defeating ISIS out of the water, that's how good it is. On CNN this week, Trump outlined his detailed plans for getting rid of Obamacare: "It’s gotta go ... Repeal and replace with something terrific." But lest you think that's a bit short on detail, he also explained that TrumpCare would rely on the free market, and would allow people to buy insurance in any state they want. But for people who can't afford private insurance, he's no monster; he'd take decisive action:

I want to try to help those people. And I don't think there's anything wrong with that, but I want to try and help those people...now, it's not gonna be like a good plan, it's not gonna be like the finest plan, that somebody that's made some money or has a good living can do, but you gotta be able to help the people, can you imagine you have no money and you get sick like somebody else and you have no place to go?

And how exactly would he help the people who are "really sick" and "have no money?" Just listen to this incredible replacement for the folly of the Affordable Care Act: He would "work out some sort of a really smart deal with hospitals across the country," and everything would be just great!

Forbes health policy nerd Dan Diamond decided he'd see if the Trump campaign could be a little more specific about the terrific, really smart plan that their man had worked out to redeem health care, so he "pestered his campaign to resolve a few inconsistencies" in Trump's magnificent thought processes on health, particularly why he had abandoned his 1999 support for universal health care.

First off, the campaign corrected Diamond on the myth that when Trump talked about universal health care, he meant some kind of crazy single-payer system. He meant universal in that everyone in the universe would be free to buy insurance if they could afford it.

The campaign also didn't buy the idea that, even with Obamacare destroying the economy, the unemployment rate has somehow dropped below 6 percent. No, no, that's not it at all, they said, that is not what's happening at all:

Mr. Trump believes that the real unemployment rate is over 18%, not the reported 5.5%. This while ObamaCare’s employer mandate has been delayed until 2016. If the mandate is ever fully implemented, even more Americans will be unemployed.

Diamond, ever the liberal media lightweight who doesn't know what he's talking about, because he is not a smart man, he is really stupid, came back with a lot of lies wrapped up in a pathetic stupid bunch of stupid not-true lies, saying that Trump is actually wrong about the relationship between the ACA and the deficit:

Trump says that getting rid of the Affordable Care Act would help America’s economy.

But no more ACA would mean no more health coverage for tens of millions of people, which would harm economic growth.

The non-partisan Congressional Budget Office in June found that repealing the ACA would actually increase the deficit by as much as $353 billion over the next 10 years.

That's exactly what you'd expect to hear from the CBO, though, isn't it? How many hotels have they built? What do they even know about getting rich? They're lightweights and jokes, and you shouldn't listen to them.

Also, too, Trump's, and most other Republicans', favorite solution to replace Obamacare -- selling insurance across state lines, allowing competition to magically force insurance rates to plummet -- turns out to be as illusory as the idea that Donald Trump has a full head of hair:

In reality, allowing insurers to sell across state lines might accomplish … almost nothing, researchers from Georgetown’s Center on Health Insurance Reforms wrote in 2012.

And in a worst-case scenario, the lack of regulation would lead to some health insurers being able to cherry pick customers, squeezing out the most vulnerable patients — the ones that the Affordable Care Act is most likely to help

In fact, the most likely result would be insurers writing crappy policies that don't cover much and are far less accountable. But they sure could rake in a lot of money on bogus unregulated policies, which would certainly create some millionaires, and that would certainly balance out the problems of people stuck with "insurance" that doesn't really cover anything. It's the magic of the market.

Plus, don't forget that for the truly needy, preferably a white widow who goes to church, Trump would have that really smart deal with hospitals, so it will all work out.